How Do You Pay Tribute to An Asian American Hero? 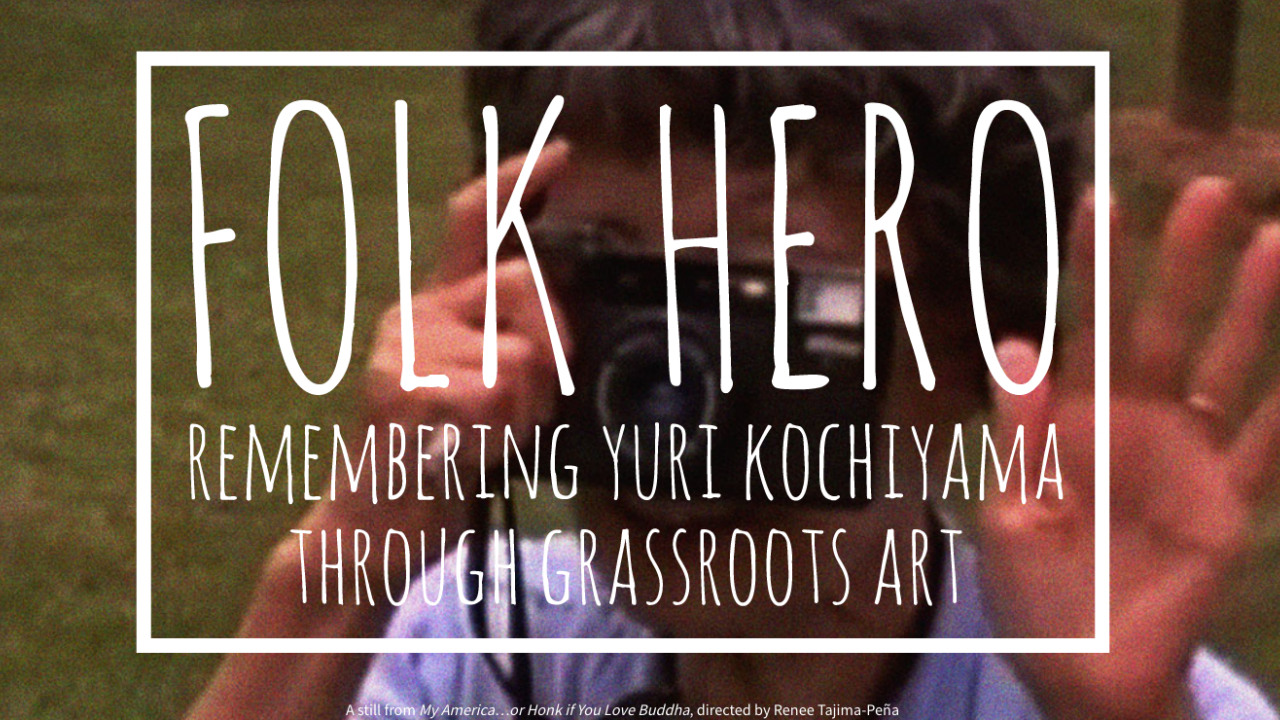 Yuri Kochiyama was an American civil rights activist who worked to protect the rights of all Americans living at the margins of society. She would have been 100 years old on May 21, in a month dedicated to Asian Pacific American Heritage. After her death in 2014, Adriel Luis, UC Davis alum and curator of digital and emerging media at the Smithsonian’s Asian Pacific American Center at the Smithsonian, created “Folk Hero: Remembering Yuri Kochiyama Through Grassroots Art.”

“A folk hero is somebody whose legacy is carried on from a grounded community level, even in the absence of institutional recognition,” he said in an article in Smithsonian Magazine that discusses the exhibition.

The recording, below, of Kochiyama speaking, is part of the exhibition.

The online exhibition features a variety of digital media including drawings, screenprints, a song, and a film from artists and organizers who have been impacted by Yuri Kochiyama. The exhibition aims to celebrate Kochiyama’s life and pay tribute to her contributions amidst an Asian Pacific American community whose experience remains at the margins in the national collections.

Luis was surprised that he had so much difficulty finding representations of Kochiyama from larger media and official sources, he told the magazine. He gathered most of the artwork in the exhibition through personal outreach to members of the Asian American community, he said.

Though her name may not carry the recognition given to Martin Luther King Jr., Kochiyama is not unknown. “The notion of a Folk Hero often emerges from the blurring of fact and fiction; America is full of these figures,” writes Luis in the exhibition.

“Their lives are kept alive through stories and songs, performance and art, on the tongues of those who believe in the richness of preserving their legacies.” — Luis

He recalls that years before, as an Asian American studies student at UC Davis, he considered Kochiyama “as a civil rights icon who was just always someone who has been present in my understanding of the world, in my understanding of community and culture — up there with Martin Luther King Jr and Malcolm X.”

The exhibition includes quotes from the artists discussing the inspiration for their pieces and how Kochiyama influenced their lives. Check out the exhibition and find more information about the artists here.

Read the story about Kochiyama and the exhibit in Smithsonian Magazine here.