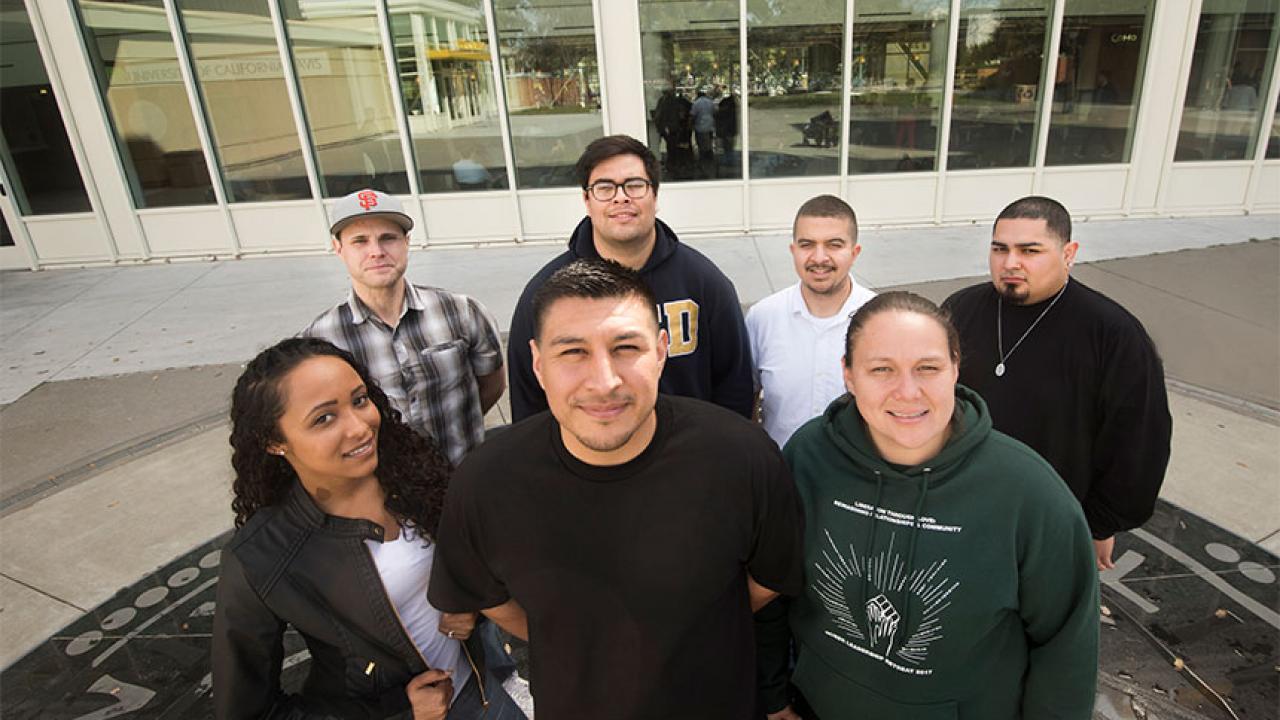 Convicted of Murder as Youth, UC Davis Student to Be Honored for Leadership

Convicted of murder as a youth, a student at the University of California, Davis, will be honored for his advocacy for juvenile justice reform and co-founding an organization to support fellow students once behind bars.

Daniel Mendoza-Jacobo of Woodland, California, will receive the Brandon Harrison Youth Leader/Youth Organizer Award at the eighth annual Equity Summit and Social Justice Awards Celebration at UC Davis on Tuesday, March 13. Eight others working with organizations at UC Davis and in Stockton, San Francisco and Oakland will also receive awards.

The new Brandon Harrison Award, which includes $1,500 cash, is named for a youth leader and organizer who was fatally gunned down in Stockton in October 2017.

Mendoza-Jacobo, tried as an adult and sentenced as a juvenile in the 2009 beating death of a Watsonville man, started to turn his life around in prison with the support of mentors and family. His change in behavior along with his completion of high school and taking online college classes influenced his early release.

Initially, Mendoza-Jacobo tried to hide his past from those around him and felt isolated as he earned two associate degrees at Sierra College in Rocklin before transferring to UC Davis.

“When I stepped on to the UC Davis campus, I wanted something different,” said the now 23-year-old sociology major.

Mendoza-Jacobo gradually began to tell his story more to policymakers across the country to advocate for juvenile justice reform. He has served as a juvenile justice reform advocate and youth partnership consultant with the Annie E. Casey Foundation. He helped support the Proposition 57 campaign that California voters approved in 2016 requiring judges, rather than prosecutors, to decide whether criminal cases belong in juvenile or adult court.

Frankie Guzman of the National Law Center met Mendoza-Jacobo when he was at Santa Cruz Juvenile Hall and continues to be his mentor. “Daniel is living proof that all youth, even youth accused of committing the most serious crimes, are not dangerous, nor disposable, and can change and contribute greatly to our communities,” he wrote in nominating Mendoza-Jacobo for the award.

After Mendoza-Jacobo met another formerly incarcerated student in his first months at UC Davis, the  two of them co-founded Beyond the Stats. Now with about a dozen active members, the group provides a supportive community and advocates for those who have been incarcerated or have family members who are incarcerated.

“Part of our group’s purpose is to challenge what it means to be a formerly incarcerated student,” said Mendoza-Jacobo. He said it can be problematic to hear how those like him are talked about in the sometimes detached environment of the classroom. “We may be a data set, but we have a story to tell,” he said.

A member of Beyond the Stats was one of four people who nominated Mendoza-Jacobo for the award. “Daniel has made an impact in my life by reminding me that there is always hope,” she said. “Daniel was able to understand that he needed to fight not physically, but with his mind, to change the narrative for folks who are incarcerated, particularly for incarcerated youth.”

Later this month, some Beyond the Stats members will begin mentoring youth at Woodland Juvenile Hall. Since November, Mendoza-Jacobo has already been offering writing workshops there through his association with a Bay Area organization.

Anticipating graduation in fall 2018, Mendoza-Jacobo said he has found his passion and his voice in advocating for justice reform. “I feel like I’m already doing what I want to,” he added.

About 250 people will gather at the summit — which is focused on reclaiming education through scholarship — to explore solutions to inequity and draw inspiration for their work.

Leigh Patel, professor in the Graduate School of Education at UC Riverside and an award-winning author, will deliver the keynote address titled, “To Study Is to Struggle: Learning in a Settler Colonial Society.”

Organized by the Office of Research and Policy for Equity, the summit will begin at 4:30 p.m. at the UC Davis Conference Center. More information about the awards and the summit program are available online.