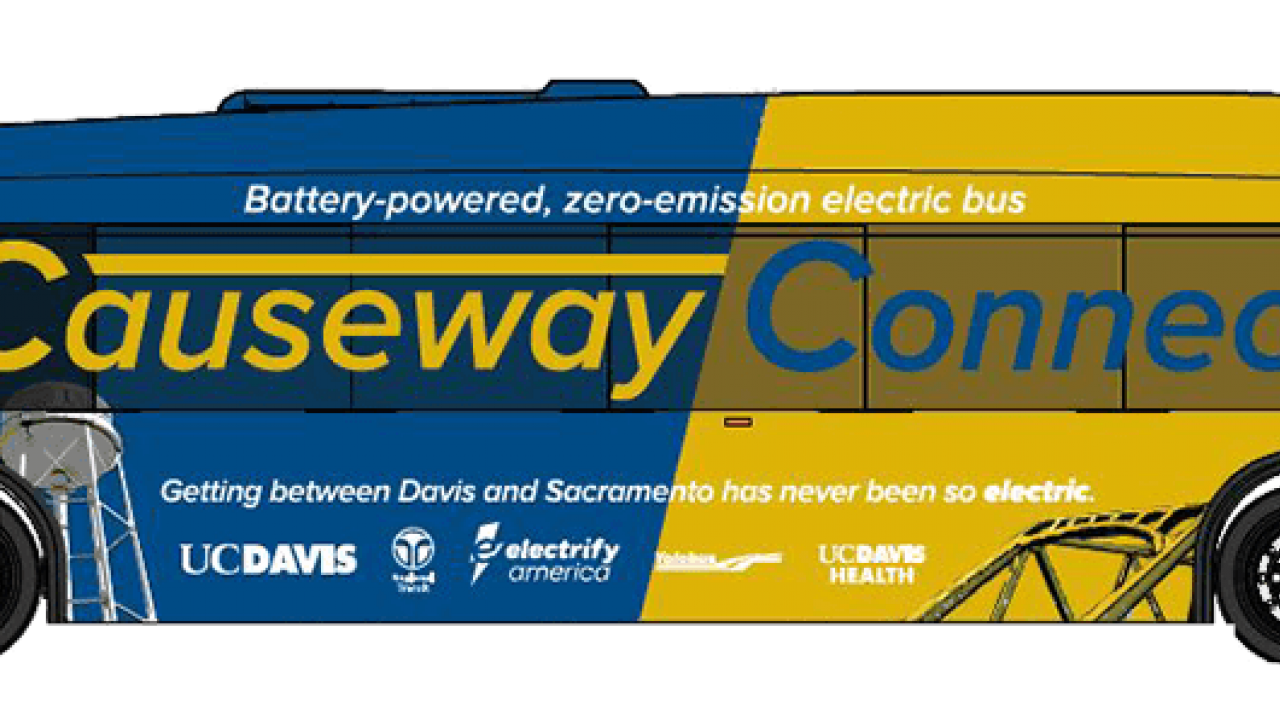 The Yolobus and Sacramento Regional Transit boards voted at their separate meetings Monday night (Dec. 9) to approve the new Causeway Connection, an electric-bus service set to launch April 6 in partnership with UC Davis.

The new line will replace the university’s intercampus shuttle, which uses diesel buses and travels once hourly between the Davis and Sacramento campuses.

“The Causeway Connection is set to become a very successful route,” said Matt Dulcich, director of environmental planning for UC Davis. “We’re switching from diesel to electric buses, offering multiple direct trips during peak hours and adding some key off-campus pickup points on express trips, which should help the Causeway Connection retain existing riders, while attracting new riders to help reduce regional emissions and congestion on the I-80 causeway.”

Over the past several months, UC Davis and Yolobus and SacRT staff worked diligently to address concerns and preferences of shuttle riders and prospective Causeway Connection riders, as expressed in planning meetings, open houses and online surveys. The Causeway Connection schedule as approved reflects rider input by extending the number of direct and express trips between the Davis and Sacramento campuses.

Here are some of the schedule highlights:

While the intercampus shuttle is a chartered bus service, accessible only to UC Davis affiliates and patients, the Causeway Connection will be open to everyone.

Updates and additional information are available on the university’s Causeway Connection website.