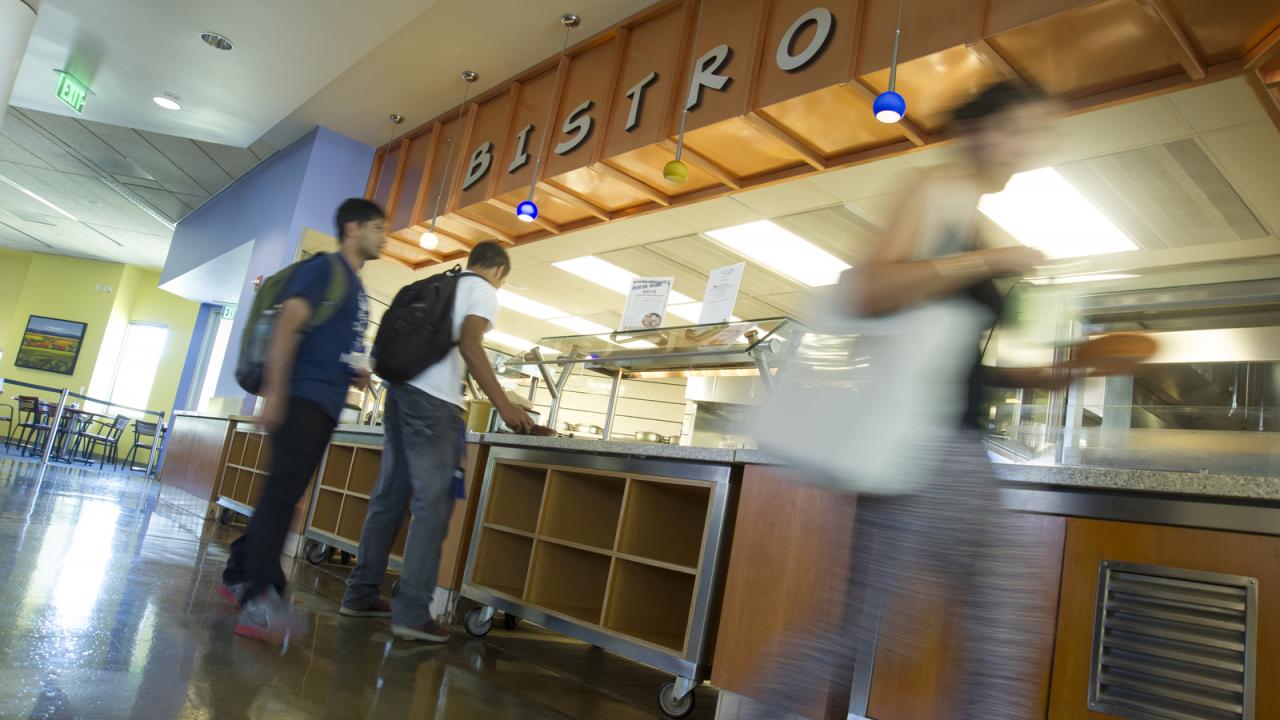 UC Davis is preparing for an exciting new era in campus food service, by deciding to install university management in place of longtime vendor Sodexo.

The switchover is planned during the 2016-17 academic year, but no date has been set. The change would affect residential dining, the Silo Union and other retail locations around the Davis campus, and University Catering. (The ASUCD runs the Coffee House, and that will not change.)

Sodexo has held the UC Davis food service contract for 46 years. The most recent deal, worth about $34 million for one year, is set to expire on June 30; UC Davis and Sodexo representatives are due to meet in early June to discuss an extension that would run until the switchover takes effect.

The decision came after consultation with campus leadership, said Emily Galindo, associate vice chancellor of Student Affairs and executive director of Student Housing, which administers the contract. She and her team have been studying the transition for months.

“We’ve had a good relationship with Sodexo,” she told Dateline UC Davis. “But we’ve reached the point where we see a great deal of opportunity for our students and other customers and for UC Davis as a whole in doing it ourselves.”

In a 2015 national ranking based on meal plan cost and diners’ opinions, UC Davis placed in the top 10 for Best Campus Food among 1,175 colleges — and Galindo said she expects UC Davis will continue the same high quality food service, including its emphasis on sustainable practices, healthy food options, and variety of menus and selection.

While Sodexo provides management personnel, UC Davis has employed the Dining Services staff since 2009. “We will work to enhance opportunities for these employees while we increase services to the campus,” Galindo said. The staff count during the regular school year is about 790, including some 570 student workers.

A letter went out last week notifying staff of the pending transition. Galindo said more specific information will be presented at a number of open forums in September, and that employees will have the opportunity to ask questions at those forums.

Galindo acknowledged the expertise and success that Sodexo brought to campus food service, but said, “We are excited about the possibilities as we move to a new operating model.”

She highlighted UC’s strategic sourcing initiatives that she said put UC Davis in a position to take more direct responsibility for the campus food supply.

And she cited “stronger career paths for our dining employees who are interested in upward mobility within the campus.” Such mobility is stymied now by the fact the Dining Services staff works for UC Davis, while Sodexo employs the managers.

Here’s what’s involved in the transition:

Kraig Brady, director of Hospitality and Dining Services, a unit of Student Housing, will lead the new management team. He’s also joining Galindo and project analyst Stephanie Hartfield in regular meetings with campus partners to ensure a smooth transition. Along the way, the team will organize opportunities for input from the campus community.