History Majors Know What's Happening by Understanding the Past 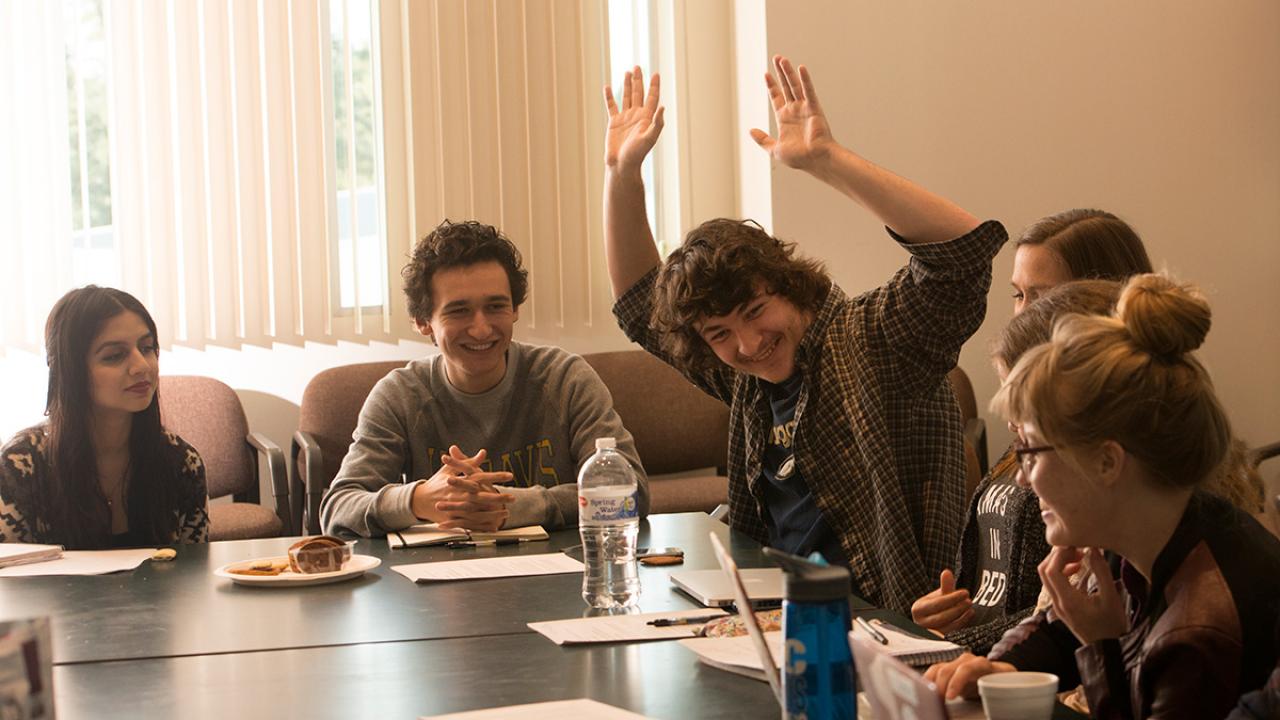 An old piece of folk wisdom  says, “You never know what’s happening until later.” Will the latest tax cut create jobs? Will the latest burst of allegations of sexual abuse change relations between men and women? Did the Russians steal the election of 2016? We’ll know in three years, or 10 or 50.

Historians turn that wisdom on its head: You never know what’s happening until you know what happened before. Knowledge of history can be a powerful antidote to the latest fads, fears and fables — and the foundation for a far more complex and accurate understanding of the present.

History is about understanding what the world and our lives are really like by understanding how they got this way. Historians do that through debate, discussion and a collective process of analysis in which competing arguments and claims about the past are weighed against historical facts — texts, images, statistics, events.

Though we usually think of historians as solitary researchers, actually the discipline is intensely social and communicative. A great example occurred during a UC Davis Department of History Ask a Historian discussion about the August 2017 violent incidents in Charlottesville, Virginia.

A woman was killed at a counterdemonstration against a “Unite the Right” rally opposing the removal of public statues of Confederate war leaders. At the “Ask an Historian” event at UC Davis, five historians spoke for about five minutes each, putting the Charlottesville incident in different historical contexts — that of the histories of the United States and the Confederacy, of historical commemoration, of racism, and of radical right-wing political violence.

Then the attending faculty members and students, including history majors, divided into groups of 10 to 20 to discuss these perspectives. About 150 students took part in an hourlong discussion.

This is what the study of history is like: a collective effort to understand the past — and the present — in complex, multifaceted ways, from multiple perspectives, and listening to many voices.

History is both in the social sciences and humanities

History is a social science, and students in the major gain rigorous training in analytical and critical thinking. While most disciplines in the social sciences are increasingly focused on quantitative analysis (information about quantities), students in history are trained particularly in the gathering, analysis and interpretation of large bodies of qualitative data (information about the attributes, characteristics and properties of an issue but not measured by numbers).

This gives history majors training in a skill that is more directly relevant in most professional settings, where extensive and reliable quantitative data is usually not available — or needed.

History is also one of the humanities. As such, the major gives students equally rigorous training in close and deeply contextualized reading and in effective, engaging spoken and written presentation. Again, these are skills that are of great practical importance in most workplaces, where concise, clear and persuasive presentation of information and analysis is often at a premium.

What’s more, history is the study of every aspect of the human condition, in all ages. It draws on multiple disciplines — from economics and anthropology, through literary studies and ethnic studies, to population biology and art history.

By exposing students to the methods, theories, and interests of multiple disciplines, the history major helps  develop the habit of thinking through problems, questions, answers and solutions in complex, nuanced and multifaceted ways. That makes students sophisticated, realistic and flexible in their approaches to problems and opportunities as well.

Learn more about the skills history majors develop and what people do with a bachelor’s degree in history through the American Historical Association’s webpage.

The career paths of recent graduates are testament to the different skills acquired in the history major.

An honors graduate and double major in history and political science who participated in the UC Davis Washington Program, Gina worked in the nation’s capital as a press aid and a lobbyist before returning to UC Berkeley to pursue a master’s in public health. She returned to Washington to take a job at the national Children’s Hospital Association. “Choosing history as a major was one of the best career choices I ever made,” she says. “Writing has been at the core of every job I ever had, and my Davis history classes equipped me to be a professional writer as soon as I entered the workforce. The thoughtful, analytical writing you do as a history major can serve you well in any field.”

Allegra works as email marketing coordinator for Foreo, a Swedish beauty products company. “My UC Davis major in history taught me to be a good writer and a strong critical thinker,” she writes. “Whether I’m writing to a broad consumer audience or dashing off an email to coworkers, clear and concise writing helps me achieve my goals. The critical thinking skills I developed when writing term papers and blue book exams now help me create and implement a cohesive strategy. Studying history also gave me an appreciation for world cultures. My company operates globally, and I work cross-functionally with many international offices. History has served me practically in this regard — I feel I am better able to connect with my international counterparts by understanding their historical and cultural contexts.”

Another honors graduate, Maggie went on to the United States Marine Corps and is currently a captain in the Combat Logistics Battalion at Camp Lejeune, North Carolina. “My history degree has definitely made me a better Marine officer,” she writes, because history majors “can analyze sources and information and use it to make a decision based on the data.” And the Marines “need leaders who continue to educate themselves not just on the battles of the past, but on the political landscapes of the present and the histories of the cultures that shaped them.”

Charles, an honors student, was awarded a five-year full fellowship to pursue a doctorate in history at the University of Virginia.

Maurice, also an honors student, attained an internship at the National Defense University through the UC Davis Washington Program. He studied at Johns Hopkins University in the Global Security Studies Program and took further internships in Washington D.C. and in Brussels. Currently he works in the U.S. Department of State. His history degree was critical to his career path, he says, because it “provided an excellent foundation for the research and academic writing skills” required in his work and because he is “consistently asked to ground any policy recommendations in past policy decisions.”

After UC Davis, Sam went to Duke University Law School and now works at the Sacramento law firm Downey Brand specializing in water law. “In many senses,” he says, a lawyer is “like a history or a literature student. You have a text or a document, and you have to be able to read it critically and come up with your own point of view and then justify it.”

An international relations major with a minor in history, Preeti interned at NPR and American Public Media, earned a journalism degree at Northwestern University, worked as a journalist in Silicon Valley and now is employed by Google.

Get involved with the history department

Learn more about the major at our history department website, which includes course information, career information, faculty research, upcoming events and department news. We also encourage you to visit our Facebook page to learn about us, and check out Phi Alpha Theta, our undergraduate honors organization.

Edward Dickinson chairs the Department of History and studies the history of social policy and sexuality in the late 19th and early 20th century Central Europe. His latest book is The World in the Long Twentieth Century: An Interpretive History (University of California Press.)