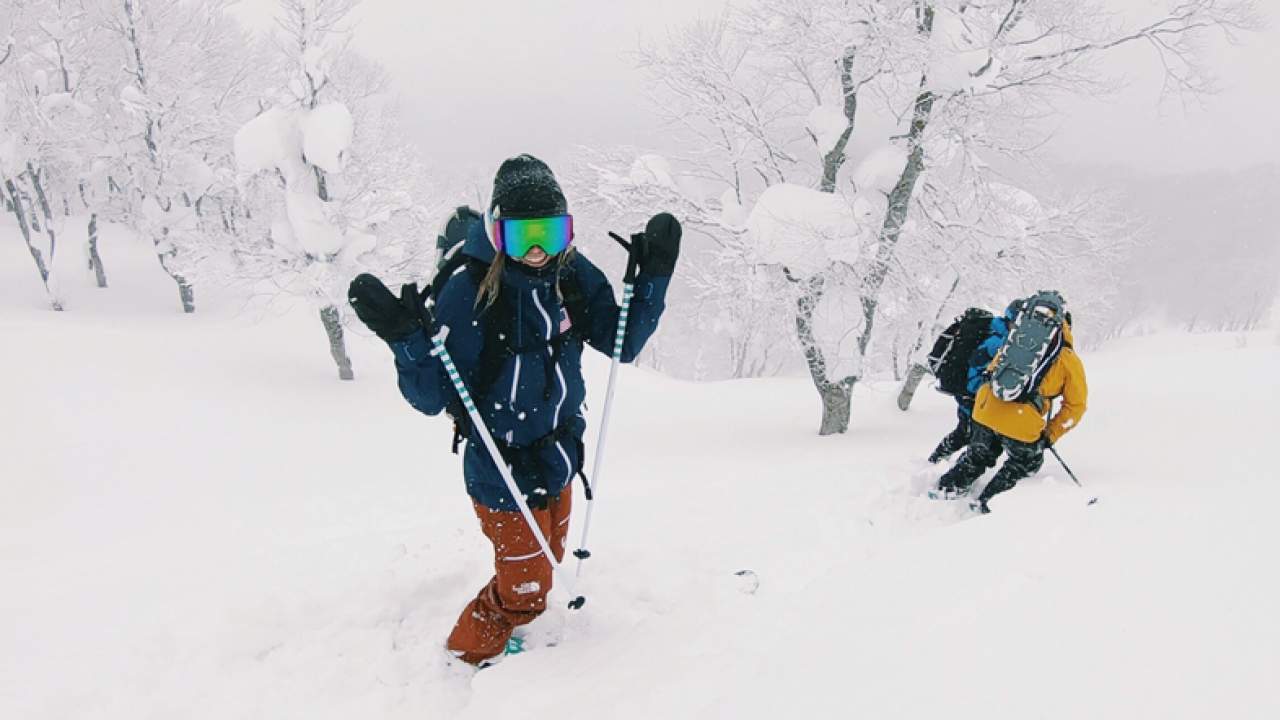 More Aggie Pride at the Olympics

Last week we reported on our Aggie Olympian, Brita Sigourney, who is scheduled to compete next week in her second consecutive Winter Games. We have since learned of another Aggie alumna, Aliyah Cohen, who not only has a connection to the Games — but to Sigourney herself!

With her adventurous nature and fashion and design skills, you shouldn’t be surprised that she landed a job with The North Face, maker of outdoor adventure equipment and apparel. She joined the company about a year and a half ago, hired as a contract designer to assist in the making of the competition uniforms for one of our U.S. teams. Guess which one? U.S. freeskiing — Sigourney’s team!

“I had no idea that Brita was an Aggie,” Cohen said by email after Dateline UC Davis informed her of the Aggie connection. “I just met her at Mammoth Mountain for the Toyota U.S. Grand Prix” — where the U.S. Freeski Team announced its roster for the Olympics. “(The North Face) sent us to give out part of the uniform to the athletes as a celebratory gesture.”

Sigourney hopes her next celebration is in Pyeongchang, where qualification runs in her event, halfpipe, are scheduled to begin at 5 p.m. PST Monday, Feb. 19, and final runs at 5:30 p.m. PST Tuesday, Feb. 20.

She arrived at the Pyeongchang Games last weekend by way of Japan, where she and other members of the freeski team decided to get in some practice at the Aomori Spring Ski Resort.

She placed sixth in 2014’s Sochi Games, where freeskiing made its Olympic debut. Six years before that she was a first-year student at UC Davis, an Aggie like her parents, Thad and Julie, both ’76, and brother Brendan ’09. Brita would leave school early, in 2011, to join the newly established U.S. freeskiing team. See last week’s Dateline article, about the good season Sigourney is having.

‘We opted out of the Olympic opening ceremony last night to ski pow and a private pipe at @aomorispringresort ... and to get in the right head space before we compete.’ — Brita Sigourney in Instagram from Japan en route to Pyeongchang

As Sigourney left school to pursue her dream, Cohen was starting her Aggie education that would lead her to The North Face. The company had designed the U.S. freeskiing team’s uniforms for the Sochi Games, and now was doing it again for Pyeongchang.

“When I started ... the bulk of the creative concepting for the uniform project and the initial sketches were complete,” Cohen said. “But, there is a lot that needs to happen between this stage and ultimate product creation. My job was to help with that process.

“I designed many of the uniform accessories such as hats and balaclavas (cloth headgear with limited openings, to protect the face from cold) as well as the uniform trims, including patches, zipper pullers, snaps and draw cords.”

Indeed, the uniforms have a lot of pieces — more than 60, so each athlete can customize his or her look. All of this lends to the uniforms’ reflecting “the unique, personal style that is endemic to the culture of freeskiing,” according to a news release from The North Face.

Freeskier magazine reported on the uniforms’ unveiling last October: “Athletes will have the option of a slim-fitting, regular-fitting or loose-fitting pant. Shoes, puffy vests and other items can be donned off the mountain. Many items walk the line of ‘street to peak,’ including a new hoodie — which (The North Face) says is the seminal piece of the collection, an iconic piece of clothing that epitomizes the spirit and style of the freeskiing community both on and off the mountain — that is fully waterproof.”

“The uniforms are great,” Sigourney said. “I got to test them in Japan, and they are super waterproof and well fitting. Not too heavy, so we can still move, and lots of attention to detail.”

And, for each athlete, The North Face added a special touch: “The interior of the jackets has a print they made using old photos our families sent in of our childhoods and our beginnings in skiing,” Sigourney said. “They did a great job designing it all.”

Said Cohen: “Every piece of this project was intentional, so there were a lot of small details to work through and of course many ‘plot twists’ to accommodate when things didn't go as planned.”

She is still with The North Face, in Alameda, working on the company’s Baselayer line of fitness wear.

As for her own adventures: “Before The North Face, I was primarily focused on water sports — rafting and kayaking, with a little backpacking and climbing here and there,” she said. “But since moving to the Bay Area, the rivers are not as accessible.”