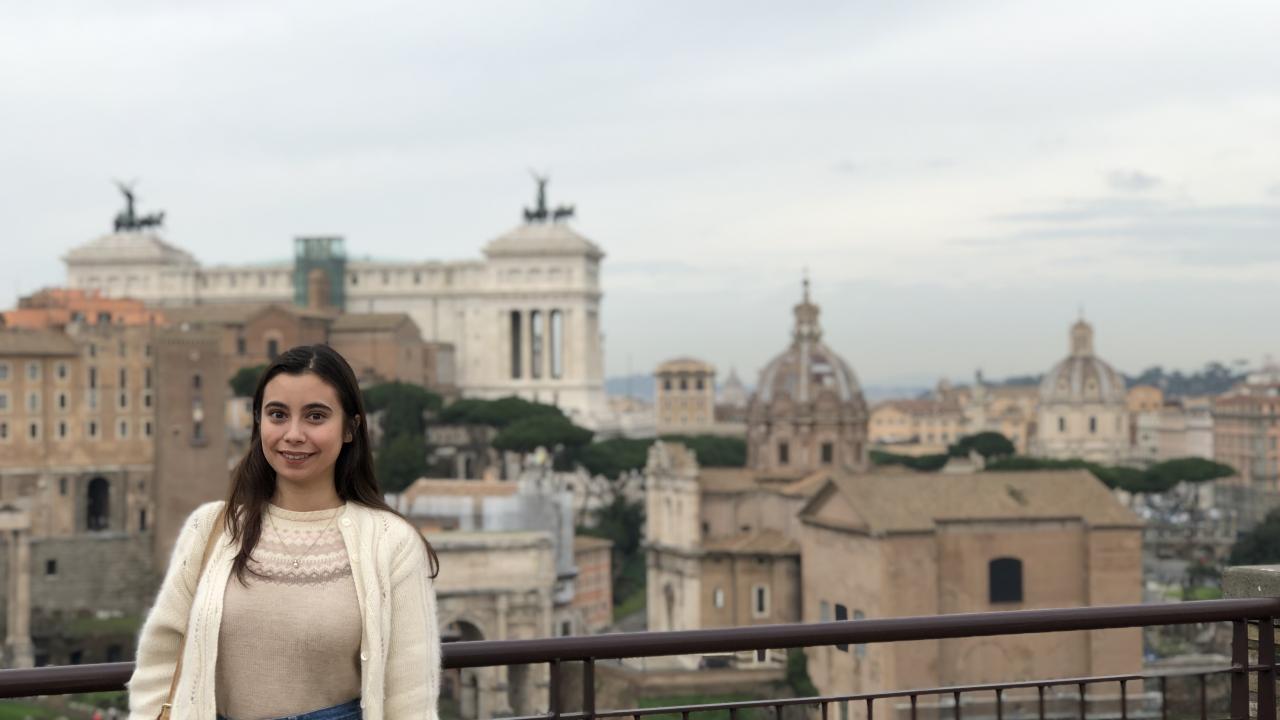 Before coming to UC Davis, Jennifer Dasal says, “I wasn’t into art at all. I thought it was boring.” Then she took an art history class. “In those first art history classes, I learned the story behind the art and sometimes you just really need the story,” Dasal says. “I was immediately hooked.”

The small but wide-ranging art history program, part of the College of Letters and Science Department of Art and Art History, has a way of turning those who didn’t know much about art history into art professionals, and inspiring and guiding lifelong careers.

Dasal (B.A., art history, ’02) has gone from not being into art, to curator of modern and contemporary art at the North Carolina Museum of Art and creator of the “ArtCurious” podcast. The first “ArtCurious” episode, “Is the Mona Lisa a Fake?” was inspired by something she heard from UC Davis art history professor emeritus Dianne Macleod.

Natalia Di Pietrantonio (B.A., art history, ’08) came to UC Davis already primed to study art and, as a first-generation college student and child of immigrants, found the direction and support she needed in the art history program.

Many art history alumni tell similar stories of how they liked the atmosphere of UC Davis and the small class size and individual attention they received.

Opportunities in an intimate environment

Art history students study art, architecture and visual culture from ancient times to today, from painting and sculpture to social media. Courses include studies of European-based art, Islamic art and architecture, and art and human rights.

“UC Davis shaped who I am,” Di Pietrantonio says. “It was like a small art college, but very diverse. The coursework engaged me in a dialogue beyond European art and looked ahead at the current reckoning taking place in the art world (over inclusion and diversity). I didn’t realize how unique that was until I went to graduate school.”

As a freshman, Schwartz didn’t speak up or seek attention, but attentive professors saw beyond her shyness.

“They watched out for me,” says Schwartz, who as a student had an internship at the Pence Gallery in Davis leading to her current job there as education and development associate.

“They notice that you’re interested and try hard,” Schwartz says. She became a peer advisor on a professor’s recommendation and was a research assistant to Professor Katharine Burnett.

Christian Adame (B.A., art history, ’05) had always been interested in art, but says “I didn’t really understand that art history was a thing.”

He was accepted to nearly all the UC’s, but “I liked the vibe of UC Davis and it was a smaller program where I’d have more time with professors.” He was also able to live at home in Elk Grove and commute to Davis with his brother who was also an Aggie, both the first in their family to attend college. He landed his first “art adjacent” job as a preservation assistant at the California State Archives on the recommendation of Professor Diana Strazdes.

After graduation, Adame jumped directly into working as a museum educator; first at the Crocker Art Museum in Sacramento, then the Phoenix Art Museum, and now as director of learning and interpretation at the Portland (Maine) Museum of Art.

More than anything, studying art history at UC Davis helped him better understand the visual world, a lesson he passes on daily as an educator. He sees himself as an “activist educator, amplifying voices not usually heard in museum spaces.”

“We learned how to question what we see — to think critically and have acute visual literacy,” Adame says. “Those are huge skills I built at UC Davis.”

Talinn Grigor, co-chair of Department of Art and Art History in the College of Letters and Science, echoes this sentiment. “You get a solid grounding in history and it doesn’t matter if you’re studying ancient, medieval or modern art,” she says. “You get such a great sense of historical periods and how things change and how they stay the same. Today’s visual world is so complicated. Art history is not just about deciphering paintings, but also deciphering propaganda and other visual manipulation. Students learn to see the world in a fundamentally different way.”