Is the Food Supply Strong Enough to Weather COVID-19?

By Chris J. Macias on June 25, 2020 in Feeding a Growing Population

The scenes are among the most haunting from the COVID-19 pandemic: Supermarkets where shoppers in protective masks face depleted shelves; consumers in the midst of panic buying, piling their carts with paper products, meats, eggs and gallons of water.

Is the food supply chain sturdy enough to weather the COVID-19 pandemic? Consumers hear warnings about the meat supply being “perilously close” to shortages. Meanwhile, shoppers feel the impact in their pocketbooks, with price spikes in eggs and other goods due to increased demand or stalled production.

Addressing the issues of our complex food systems requires a multidisciplinary approach. From agricultural experts and economists to legal scholars and psychologists who help us understand the temptation to hoard, UC Davis researchers are providing guidance and creating solutions for now and the food systems of the future. 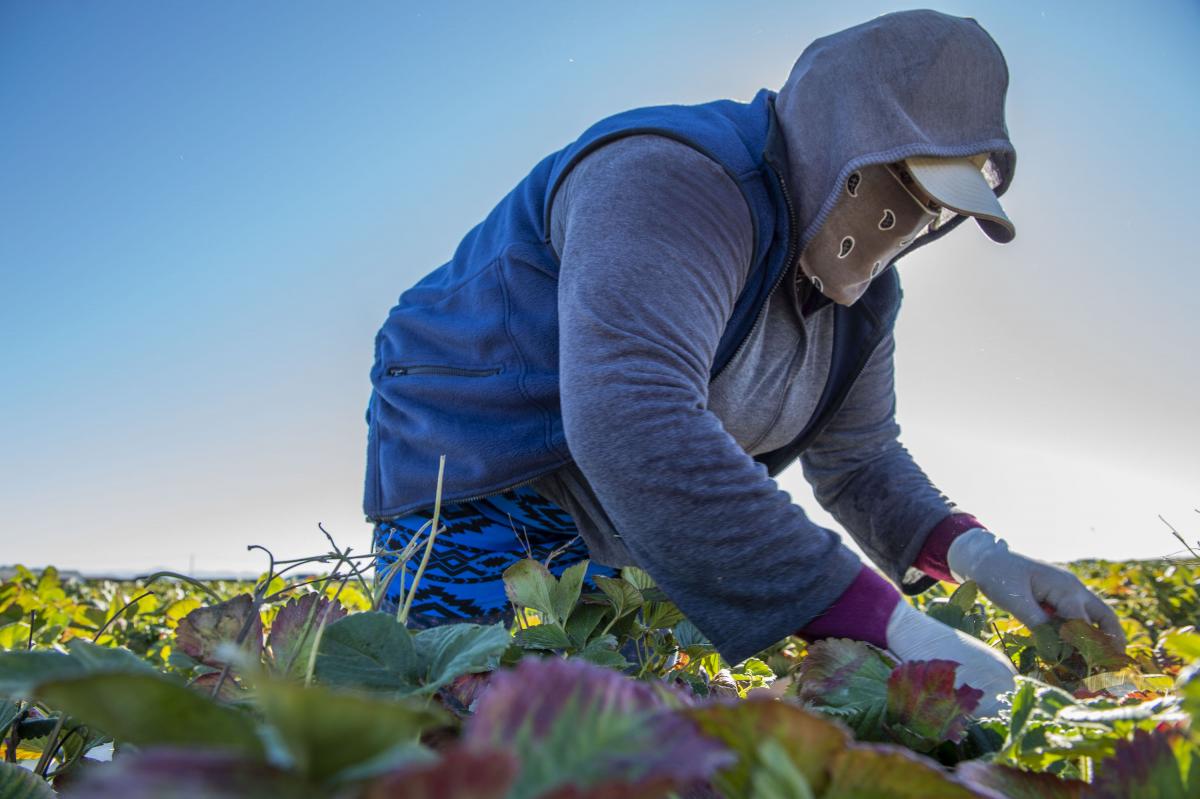 The farming industry struggles to adjust to supply chain issues in the wake of COVID-19. (Hector Amezcua/UC Davis)

A shock to the supply chain

As COVID-19 spread across the United States, the stability of the nation’s food systems quickly came into question. Food distribution relies on two key supply chains — one for industry, the other for consumers — and the balance of supply and demand were disrupted significantly in both.

The abrupt closures of restaurants, schools, hotels and other industries caused a sharp downturn in demand for foods. That left produce and other goods with virtually nowhere to go. Crops were left without their usual buyers. Some dairy farmers were forced to dump milk supplies.

“Food systems are used to having incredible shocks but they’re almost always on supply side,” said Daniel Sumner, a professor of agricultural economics at UC Davis. “A freeze wipes out an orange crop, or a disease affects chickens and egg prices go up. This was the first time in a long time that there was an incredible disruption in (demand).”

COVID-19 outbreaks at meat processing plants have added to the strain. As of early May, 13 meat packing workers had died from COVID-19, according to the United Food and Commercial Workers. Shutdowns of large-scale meat processing operations have led to rising prices and fears of shortages.

“If the disease was in one group of (meat processing workers), you would try and isolate them, close the plant to clean everything up and begin to reopen as it stabilizes,” said Sumner. “But when you re-open you’re running lines more slowly. There’s fewer people on the line and they’ll be further apart. That means (the meat) will be a little more expensive for us as consumers, and maybe less of it.”

Consumers have endured rising prices with other foods as well, although some have stabilized from their initial spikes. Eggs were among the first foods to see a sharp price increase. Wholesale benchmark pricing for a dozen eggs in California was $1.73 per dozen on March 13. By April 10, that price nearly doubled to $3.47, according to data from the United States Department of Agriculture.

Overall, consumers paid 2.6 percent more for groceries in April, according to the Bureau of Labor Statistics. Those represented the largest monthly increase since 1974, nearly a half century. 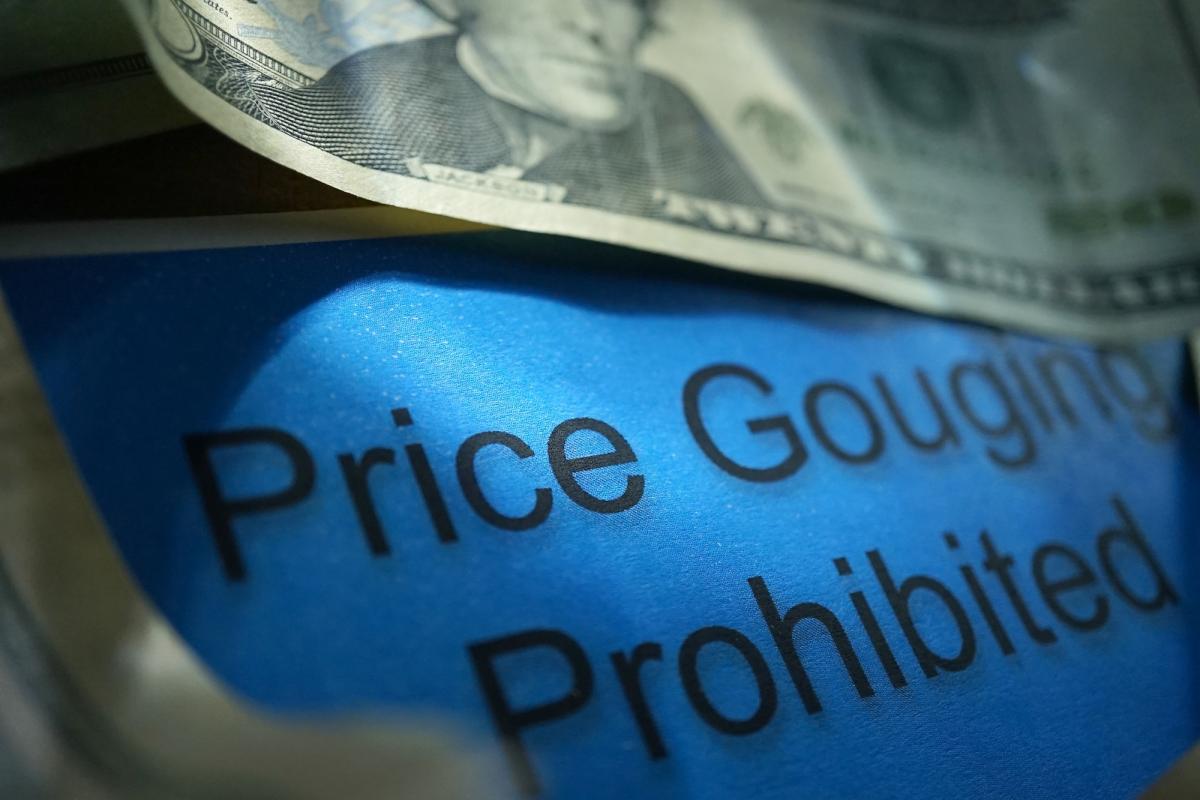 Issues of price gouging, hoarding and stockpiling have emerged during the COVID-19 crisis. (Getty Images)

Anxiety in the marketplace

Rising prices or not, shoppers have continued to flock to supermarkets during the COVID-19 pandemic. That was especially true during its initial days, and consumers bought food supplies to last them weeks, or even months.

Stockpiling became the norm, to a point that issues of consumer hoarding and price gouging needed to be addressed.

The temptation to hoard during uncertain times doesn’t come as a surprise to Peter Yellowlees, the chief wellness officer for UC Davis Health and professor of psychiatry. After all, anxiety about food supply strikes at a fundamental aspect of being human. So, as consumers prepare for disaster or endure major disruptions to daily life, panic buying often comes into play.

“We were originally hunters and gatherers and so anything that could preserve our food supply was going to be good for us,” said Yellowlees. “We’ve essentially had food insecurity as a core component of our psychological nature.”

However, disruptions to the food supply can also set the stage for price gouging and other attempts to take advantage of consumers.

A New York shop owner was charged in April with stockpiling protective equipment and hand sanitizer and selling them at exorbitant prices. The complaint alleged the shop owner marked-up the prices on some masks between 59 and 1,328 percent.

Under California law, when a federal, local or state emergency is declared, the price on food items, gasoline and other essential goods cannot be raised by more than 10 percent than they were before the declaration.

“Californians shouldn’t have to worry about being cheated while dealing with the effects of coronavirus,” said California Attorney General Xavier Becerra in a consumer alert released March 4.

In early May, a grocery store owner in Pleasanton, California, was charged with price gouging. The Alameda County district attorney alleged that the store’s owner marked up some essential goods by more than 300 percent.

“For purposes of national defense, the U.S. Code allows the president to designate certain things as ‘scarce materials’ and restrict accumulation ‘in excess of the reasonable demands of business, personal or home consumption as he deems necessary,” said UC Davis law professor Gabriel “Jack” Chin in a March interview with UC Davis News and Media Relations.

Meanwhile, shoppers continue to fill their carts like never before. According to data from NCSolutions, a marketing and advertising firm that tracks consumer trends, household grocery spending was up 28 percent in April compared to the same month in 2019.

“We’re living in an age of uncertainty and I guarantee that most households in the country that can afford it have more food in the house than normal,” said Yellowlees. “That’s not hoarding as such. It’s probably pretty rational.” 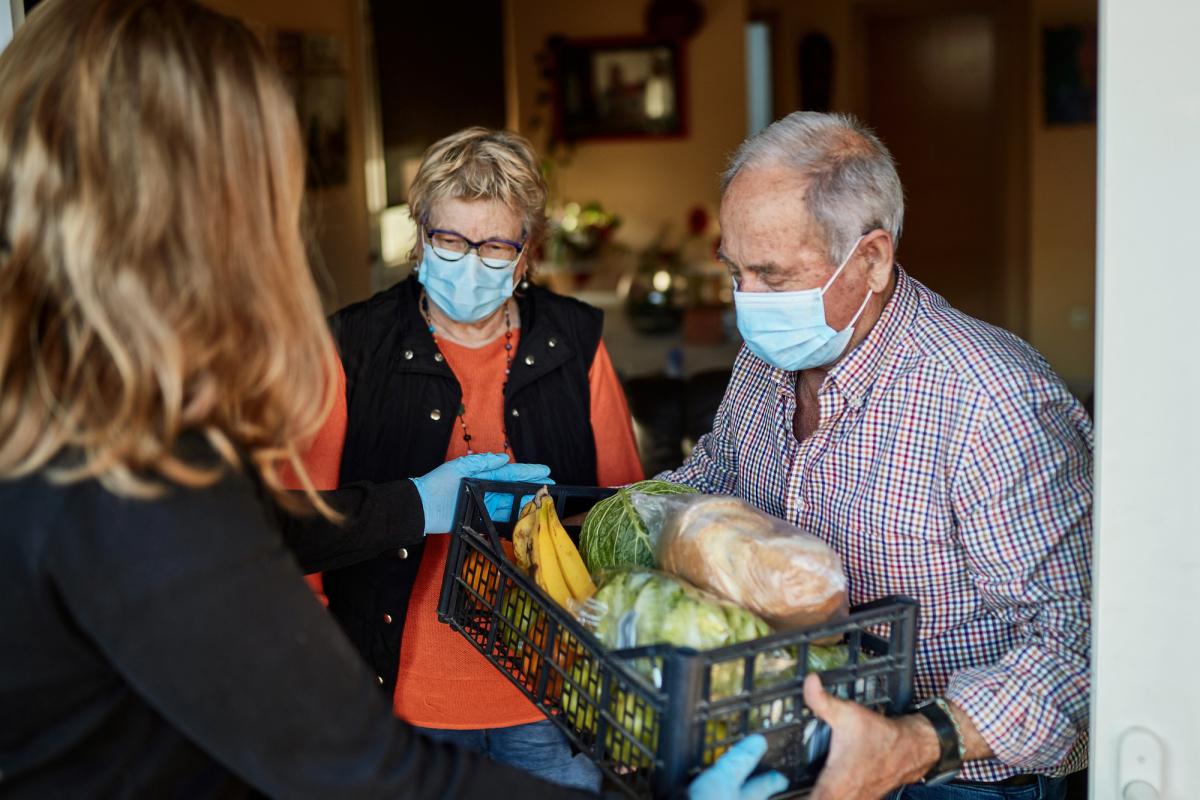 Experts say the food supply is plentiful, but issues of equity and income challenges remain an issue during COVID-19. (Getty Images)

The current state and future of the food supply continues to be studied closely as the COVID-19 pandemic endures. In early May, the UC Davis Library and the Robert Mondavi Institute for Wine and Food Science hosted a webinar that studied the issue from multiple sides. The panel included UC Davis experts, the undersecretary of the California Department of Food and Agriculture, and guests from the worlds of supermarkets and food distribution. Watch a recording of the webinar.

While much of the news seems like doom and gloom, some experts have noted how resilient the nation’s food supply has remained. Consumers might not have the same number of options when shopping, but most aren’t going hungry because of a withered food supply.

“It’s remarkable how we’ve had so much disruption but yet we’ve all had plenty to eat,” Sumner said during the panel. “The disruption in the meat supply has been quite minor. There’s been lots of headlines but the meat’s been there … We have a food system that’s worked remarkably well.”

Leigh Ann Simmons, chair of the UC Davis Department of Human Ecology, has been studying the limited access to essential needs in rural areas and how COVID-19 is exacerbating inequalities.

She notes the irony that rural areas, the places where crops and animals grow, often have the highest rates of food insecurity. The economic losses from COVID-19 coupled with a scarcity of food markets in these areas are creating an especially tough situation.

“What unfortunately you’re going to see are more food-insecure households,” said Simmons. “This has a significant impact on child development, learning and physical and mental health.”

The world continues to weather the pandemic while keeping a close watch on supplies and prices. Food remains plentiful so far, but lingering economic disruptions and challenged supply chains will still pose challenges for consumers.

However, Sumner believes the food supply chain has proven to be especially sturdy. And the lessons being learned now will bode well for the future.

“There’s plenty of food out there and that’s a remarkable statement,” said Sumner. “A lack of income is the biggest pressure right now on families in terms of a food system. We’re getting used to these (disruptions) and we’ll be even more resilient next time.”

Small-scale farmers in Cambodia are working with researchers from the UC Davis and Cambodia’s Royal University of Agriculture (RUA) to test new methods, like the packinghouse, for growing and selling produce locally.

Moringa, the Next Superfood?

The "miracle tree," as it is sometimes described, shows great potential as a solution for a healthful, sustainable food supply for a rapidly growing global population.