What Happens to Cultural Rights With Hagia Sophia Transformation?

Two University of California Davis faculty gave commentaries on the conversion of the Hagia Sophia museum into a mosque last month, both finding that the change represents the loss of an important cultural icon. One researcher is a law professor specializing in human rights. The other, an art and architecture historian.

Both voiced concerns regarding:

Karima Bennoune, a law professor, was appointed as Special Rapporteur in the field of cultural rights by the United Nations Human Rights Council in October 2015. She voiced her opinion on Hagia Sophia in a UN Statement July 31.

The Hagia Sophia in Istanbul should be maintained as an inter-cultural space reflecting the diversity and complexity of Turkey and its history, and preserving the outstanding universal value which resulted in its World Heritage Status, said two UN human rights experts in a UN Cultural Rights statement.

“It would be an historic mistake at this difficult global moment to take actions which divide religious and cultural groups in Turkey and beyond, rather than uniting them,” said Bennoune, Special Rapporteur in the field of cultural rights, and Ahmed Shaheed, Special Rapporteur on freedom of religion or belief.

“As someone said, ‘the dome of the Hagia Sophia should be big enough to include everyone’.” — UN Human Rights Council Statement

“We are gravely concerned about the rights of everyone to access and enjoy cultural heritage, about interfaith coexistence and secular spaces, and about the equality and safety of religious minorities, including Christians,” the UN experts concluded. Likewise, the experts hope that opposition to this move elsewhere in the world will reflect universal values and nondiscrimination, rather than offering a competing monolithic vision which fosters hatred against Muslims. “It is essential to refrain from instrumentalizing cultural heritage and instead to engage with heritage in its diversity in such a way as to allow cultural rights to flourish for all.” 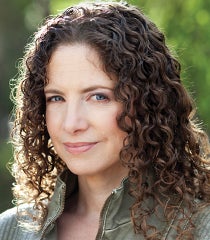 “We encourage the Turkish government to engage in dialogue with all stakeholders. This is essential to guarantee that the Hagia Sophia continues to be a space for the enjoyment of cultural rights by all, reflecting its diverse Christian, Muslim and secular heritages, and that it continues to be a symbol which brings all people in Turkey together.”

The following article was excerpted from a piece written by Heghnar Zeitlian Watenpaugh, UC Davis professor of art and architecture. The piece appeared on the site of the Berkley Center for Religion, Peace and World Affairs at Georgetown University. Her article and other articles on similar topics can be viewed on their site here.

Every time I visit the Hagia Sophia, it inspires me as an art historian, and fills me with awe as a human being. The soaring dome, the light filtered through the windows, the glittering Christian mosaics and the intricate Islamic calligraphy, and the patterned marble floor all have absorbed centuries of prayers in multiple languages, and intrigued visitors and scholars alike. Built in in the sixth century as a Byzantine cathedral, it was converted into a mosque in 1453 in the wake of the Ottoman conquest of Istanbul. Its change to a museum in 1934 signaled the secular orientation of modern Turkey’s founding father, Kemal Atatürk. 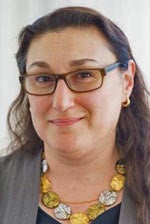 Then, on July 24, 2020, the world watched as thousands attended the first congregational prayer since the museum had its status changed to a mosque. For President Recep Tayyip Erdoğan, who signed the July 10 decree authorizing the change, this marked the fulfillment of a long-held goal of Islamist political parties in Turkey.

This was not simply a celebration of piety. The symbolism of conquest was everywhere. Politicians invoked “the right of the sword” to justify the building’s change of status, recalling the Ottoman subjugation of Istanbul in the fifteenth century. Women worshippers were relegated to a small side area, and no Christian guests were apparent. Turkey’s highest-ranking Muslim cleric pronounced the sermon clutching an oversized sword. Next to President Erdoğan stood his defense minister. Outside, some men wore Ottoman-era military attire.

This martial pageantry clearly drew on a spirit of religious chauvinism. It gave the opening celebrations a militaristic and triumphalist air. This comes at a time when Turkey is engaged in controversial armed activities abroad, notably in northern Syria and Libya, and has indicated a willingness to support Azerbaijan against Armenia. The rhetoric of swords is matched by the actions of military hardware on the ground.

The monument’s change in status proceeded without deliberation with officials and stakeholders in Turkey. Dissident voices were silenced under threat of being branded traitors. There was no international consultation, either. — Watenpaugh

Hagia Sophia figures on the UNESCO World Heritage List. This not only confers prestige. It also obligates Turkey to maintain the outstanding universal value of the site, and to give UNESCO prior notice of any modifications to its status. UNESCO “deeply regretted” that no such consultation took place.

A landmark of world architecture, Hagia Sohia is also a vulnerable old building. No longer in the care of the Ministry of Culture and Tourism, it now falls under the purview of the Directorate of Religious Affairs — a very different entity with a distinct function, expertise, and set of responsibilities. In just 14 days, it was refurbished to suit the directorate’s idea of Islamic worship.

Experts are raising numerous questions about the conservation of the building and its artistic treasures. For example: Is the new carpet on the marble floor fire retardant? How exactly were the curtains that cover the mosaic of the Virgin and Child in the apse affixed to the ancient walls? No answers. — Watenpaugh

Scholars have long pointed out the meaningful continuities between the Byzantine and Ottoman periods. For decades after the conversion to a mosque, the Ottomans kept many of the Christian mosaics uncovered and in plain sight. This cultural richness does not resonate in the current emphasis on the Islamic-ness of the site.

Something else troubles me as a descendant of survivors of the Armenian Genocide whose cultural and religious heritage was almost wiped out in Turkey. Hagia Sophia has become the most spectacular recent example of how the Turkish state turns cultural heritage into a political tool to express state power and Muslim hegemony instead of celebrating the country’s rich ethnic and religious diversity. As a museum, it was a meeting point of cultures, showcasing centuries of art and varied forms of piety. President Erdoğan and his colleagues are exploiting it with bellicose rhetoric at odds with the values of world heritage: tolerance, multiculturalism, and access without discrimination.

Further, the opening of Hagia Sophia for congregational prayer took place on July 24 — the anniversary of the 1923 Treaty of Lausanne. It marked the international recognition of the Republic of Turkey and set out Turkey’s commitments to the rights of its religious minorities in the wake of the Armenian Genocide and the population exchange between Turkey and Greece. Even though the implementation of these commitments has been flawed, many Turks express resentment of the minority protections in the treaty. As a result of rampant persecution, condoned hate speech and violent harassment, Turkey’s once-thriving Christian and Jewish communities have dwindled so much they are now a minuscule 100,000 in a country of over 80 million. What does it mean to claim to be tolerant when a country has cleansed itself of its minorities?

The change in status also raises concerns about the human right to participate in cultural life without discrimination. Christian leaders from Turkey have already raised the issues of equality and religious rights. Moreover, the change may set a troubling a precedent for other unilateral takeovers or reclamations of cultural sites.

The world may have its eyes on Hagia Sophia now, but other cultural or religious sites located in remote provinces are less well-known. Who will speak for them if or when they are subjected to “conversion,” “transformation,” or “conquest?”

The activists who protect such sites and the citizens who want cultural heritage to mean something other than conquest and domination are also under threat.

Some downplay Hagia Sophia’s status change as a last-ditch effort by the Erdoğan government to shore up its waning popular support. Possibly. But much has already been lost. The values of tolerance and multiculturalism devolved into the brandishing of swords and talk of conquest. Parliamentarian Garo Paylan, who hails from the Armenian community in Turkey, tweeted poignantly: “The dome of Hagia Sophia was large enough for us all.” Large enough for us to share as equals in celebrating this astonishing building that is humanity’s shared inheritance, as church, mosque and museum.

Hagia Sophia is 1,500 years old, and it will no doubt outlive us all. One wonders whether the ideals of World Heritage and the human rights to take part in cultural life without discrimination and to equality and freedom of religion in Turkey will survive this transformation.