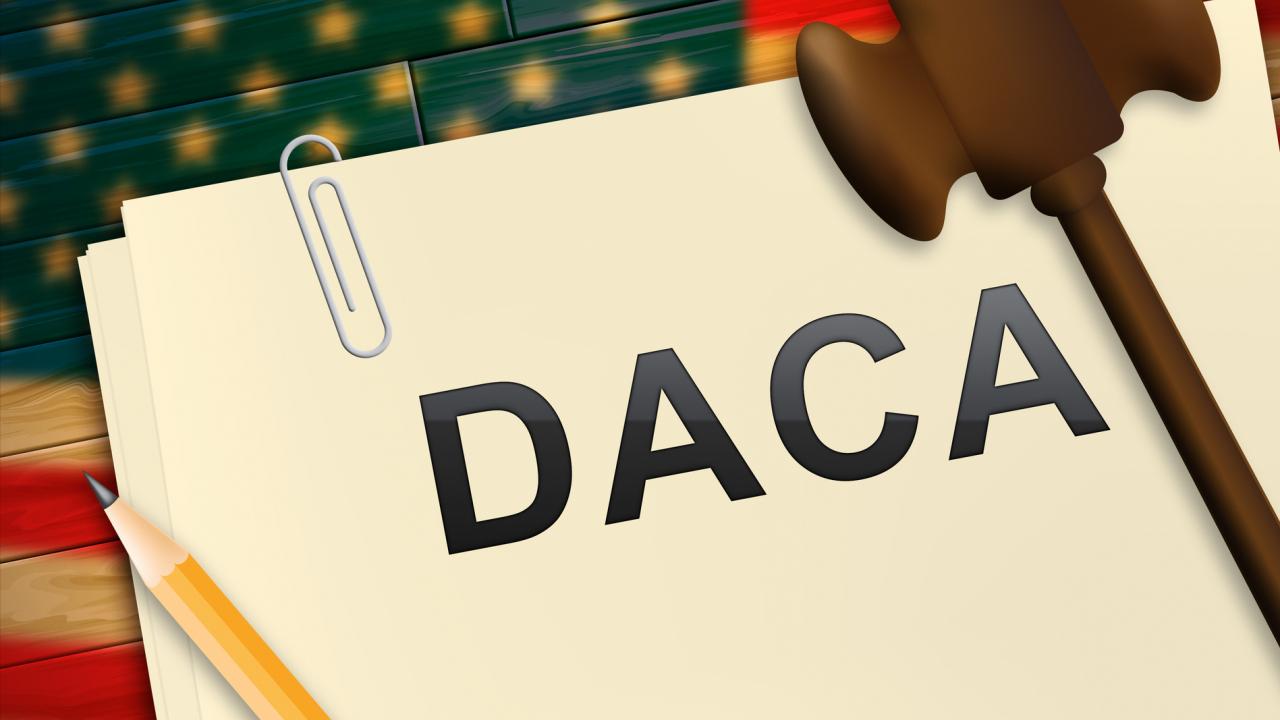 What Does the Supreme Court Decision on DACA Mean for UC Davis?

The United States Supreme Court voted to uphold DACA (Deferred Action for Childhood Arrivals) on June 18, but questions remain as to what this means for students at UC Davis and others.

In the words of UC Davis Chancellor Gary S. May on the day the decision was handed down: “Today, we stand united with our undocumented community in applauding the Supreme Court’s ruling and reaffirming our University of California principles of open and equal access to higher education for students of all backgrounds.”

This decision came as a relief for the thousands of undocumented students in the University of California system. It was also a full circle moment for the UC System, which sued the Trump Administration for their decision to end DACA in 2017 that landed in the highest court in the country. Professors on law and sociology weighed in on the decision and its meaning for students and the nation at large through media and academic blogs. We distill some of that here.

Kevin Johnson is the dean of the UC Davis School of Law, the Mabie-Apallas Professor of Public Interest Law and a Professor of Chicana/o Studies. Johnson wrote about the eight major immigration decisions made in the 2019-20 Supreme Court term in a blog post here. In another article, written for the Global Migration Center, Johnson specifically discusses the history of DACA and what the recent Supreme Court decision means for the program’s future. In that article, Johnson boiled down the background simply: DACA came about because of an inability to develop a comprehensive immigration reform for the United States.

“Despite years of debate, Congress has been unable to come to agreement on much-needed comprehensive immigration reform legislation.  A fundamental and enduring sticking point that has thwarted compromise on reform is the question whether to provide a path to legalization for the approximately eleven million undocumented immigrants living in the United States.”

He continued: “With Congress unable to pass immigration reform, the Obama administration in 2012 announced the Deferred Action for Childhood Arrivals (DACA) policy. Based on the well-established practice of prosecutorial discretion, the policy provided temporary relief from removal to hundreds of thousands of undocumented immigrants who came to the United States as children.”

In his piece, Johnson further cautions that despite the Supreme Court decision, DACA could be under fire from the Trump Administration again in the future. He states that “... it remains true that DACA is only a limited ‘fix’ for some noncitizens without legal status. Only Congress can bring about meaningful and lasting immigration reform.” Read that full article, “DACA in Three Acts:  Genesis, Impacts, Future,” here.

Caitlin Patler is an assistant professor of sociology, an executive committee member of the Global Migration Center, and a faculty affiliate at the Center for Poverty Research and the Human Rights Program. Patler, co-authored with sociology colleague Erin Hamilton an op-ed, “Supreme Court decision is welcome news for DACA recipients but program remains vulnerable” for the publication CalMatters. Patler was also featured in a recent segment on KRCA. Alongside an undocumented UC Davis graduate student, she discusses in that interview the importance and benefits of DACA for undocumented people. According to the KCRA reporter Brandi Cummings, “Patler says that DACA has support on both sides of the political aisle and ending it would devastate economies.”

DACA Immigration School of Law College of Letters and Science