Unexpected Art: Walk the Treasure that is the Arboretum

In this time of social distancing, one of the few recreational pursuits available is a walk or bike ride outside. At the time of publishing, the UC Davis Arboretum is still open. If you visit, keep six feet of distance from others. If this appears impossible, come back another time. Read the full list of guidelines for visiting the Arboretum during the Coronavirus pandemic here.

This art tour is in two parts. The next part of the walk will be published next week.

The UC Davis Arboretum is an outdoor space like no other. It covers approximately 100 acres and contains more than 20 different sections to explore. Many of these sections contain art hidden amongst the abundant trees, bushes and flowers.

Of the 20-plus sections in the Arboretum, four are GATEway Gardens. The GATEways Project stands for Gardens, Arts, and The Environment, and you can learn more here. Fittingly, the Arboretum GATEway Garden contains not only beautiful native plants, but also nature-inspired works of art.

Starting at Mrak Hall, head east toward downtown Davis. Take the path through the East Asian Collection, or the path through the Mary Watts Brown Garden of California Native Plants. Either way, end up at the T. Elliot Weier Redwood Grove. The towering trees will usher you to a small tunnel underpass that connects the Redwood Grove to the Arboretum GATEway Garden. While cars going to and from campus pass overhead, the quiet and cool space underneath is the unlikely home of a colorful mural.

"The Redwood Grove From a Lady Bird Beetles Perspective." By the teachers and students of Entomology 1: Art, Science and the World of Insects, fall quarter 2006.

Now, make your way through the Australian/New Zealand Collection. While there is no man-made art in this section, there are plenty of colorful creations by mother nature: an abundance of flowers bloom on all sides. Once you see a sizable archway, you’ve arrived in the Arboretum GATEway Garden.

“Shovel Gateway” by Christopher Fennell: The downtown entrance to the Arboretum is located just behind the Davis Commons plaza and sushi restaurant Mikuni’s. The transition from commercial property to gardens is marked by a metal archway that looks like a giant tangle of vines. This archway is actually a work of art by Christopher Fennell. The shovels were donated by members of the community. See story here.

Worn out from your stroll or bike ride through the Arboretum? Take a rest in style on one of four benches created by the Community Built Association Conference that was held in Davis in 2014. Tom Arie Donch and Donna Billick led community members in creating four benches made of concrete, mosaic and ferrous cement. Each of the benches celebrates flora and fauna. 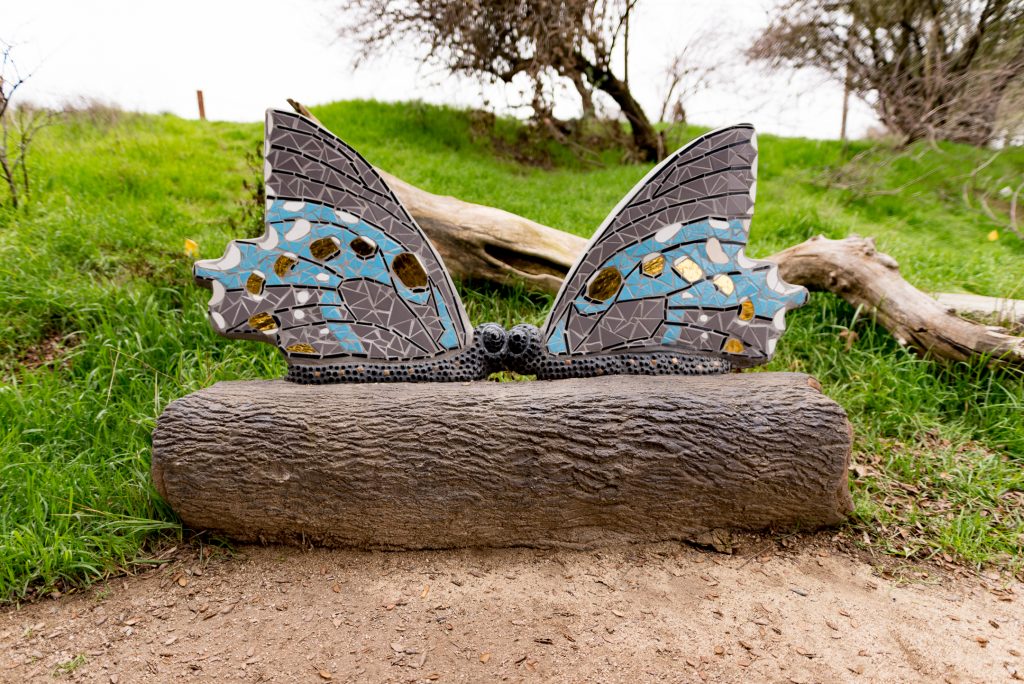 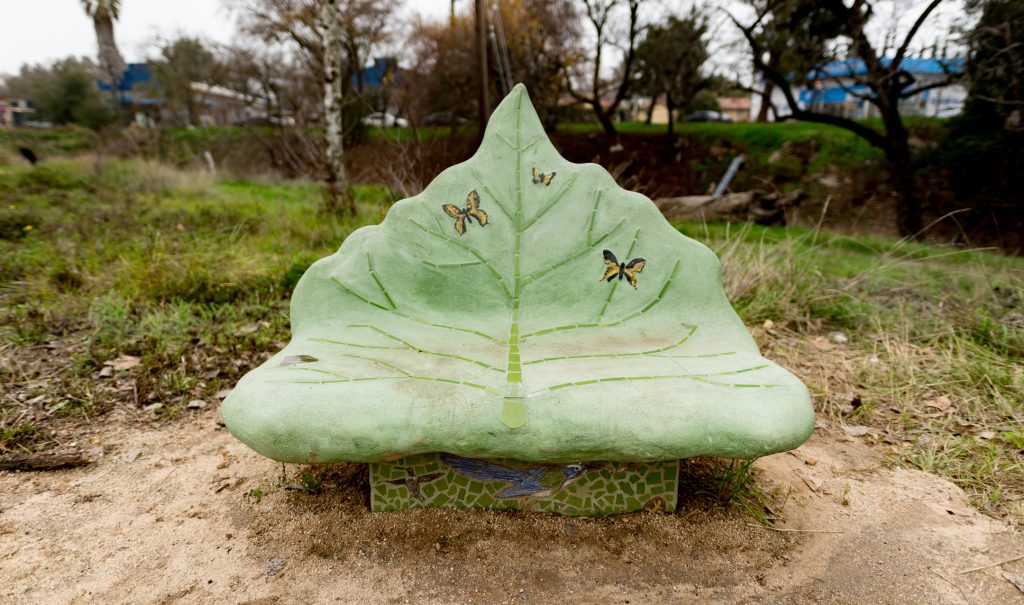 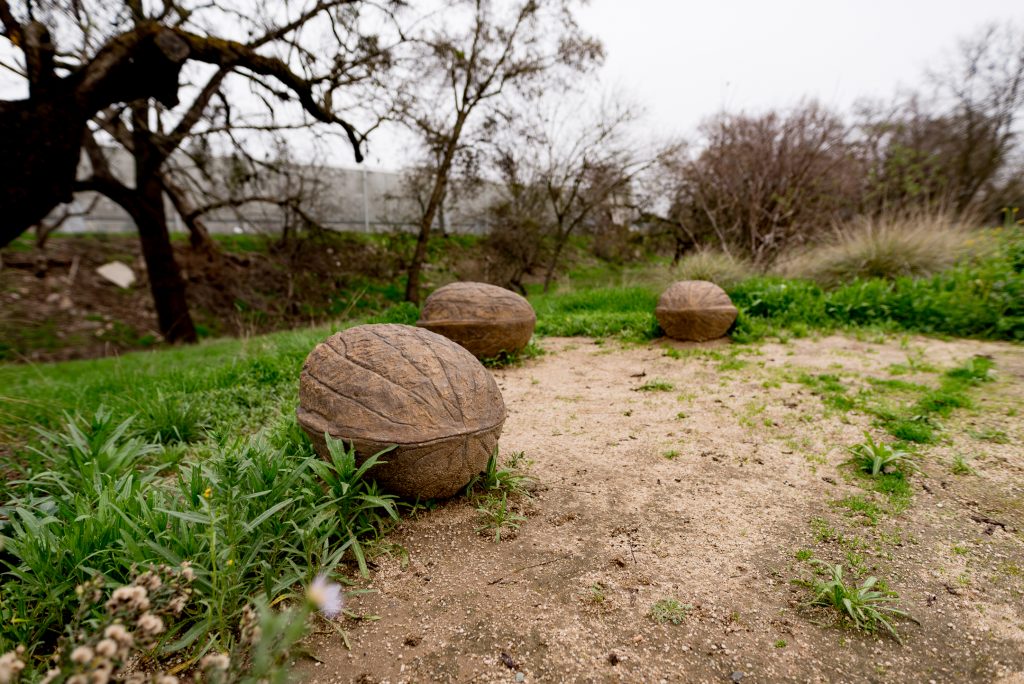