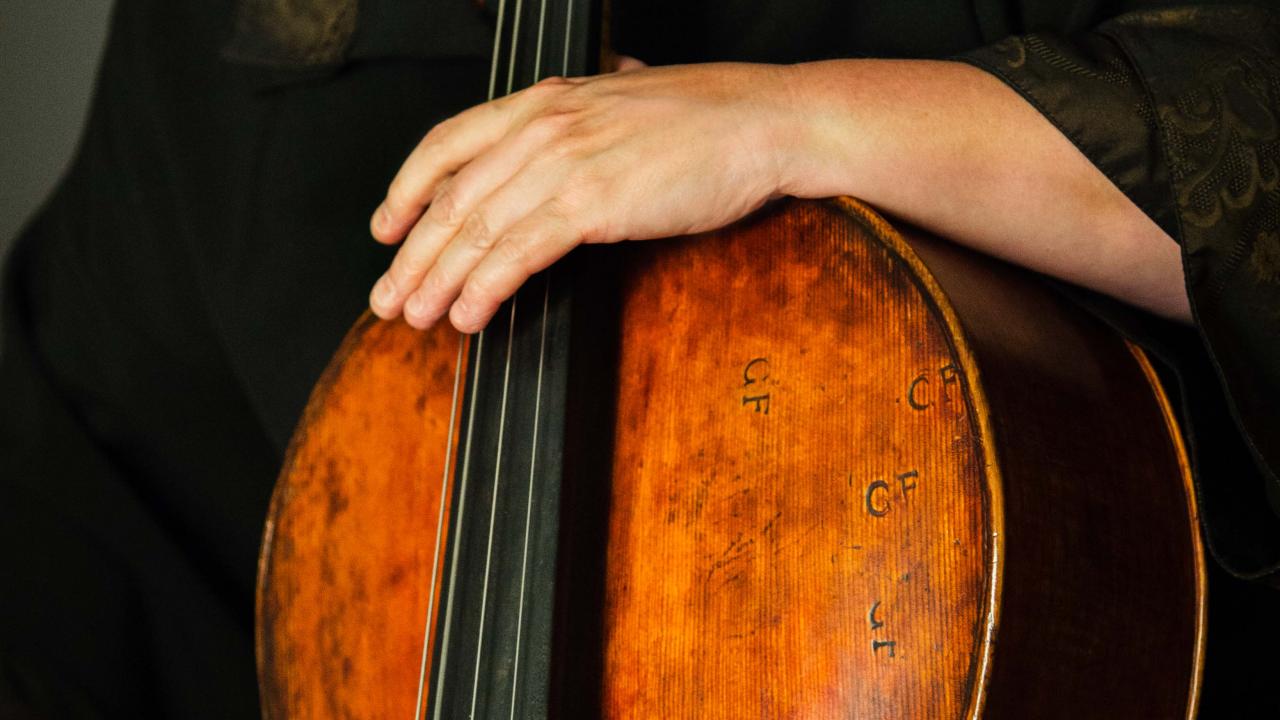 Rhonda Rider is a much-honored cellist.

She was named artist-in-residence at Grand Canyon National Park in 2010. Eleven pieces for solo cello were commissioned for her. The works were performed in 15 concerts across the U.S. in a wide variety of venues from Boston and Dallas to Wupatki National Monument and rural New York State. Rider’s chamber music and solo recordings have been nominated for Grammy Awards and cited as Critic’s Choice in both the New York Times and Boston Globe.

And now, she will be at UC Davis for three performances where her visit will include a lecture and two concerts where she will talk about and play music from her Petrified Forest and Grand Canyon project.

First is the free Shinkoskey noon concert on Thursday, where she will perform the work of student composers.

Later that day, also at Pitzer, she lectures on her residency, “Creating the Petrified Forest and Grand Canyon Projects,” from 4 to 5:30 p.m. She created the Petrified Forest Project—a concert program of pieces by 10 living composers—during a National Parks artist-in-residence program at the Petrified Forest National Park in 2015. The lecture will address, among other questions, How does one convey the landscape or history of the park through music? Why is the cello a good medium for this project? How can composers approach such a unique call for scores?

"My [Grand Canyon] project was to ask ten exceptional composers to write short pieces for solo cello inspired by some aspect of the area. The highly versatile sound of the cello is a wonderful medium for this project, singing at times like a human voice and at others like an ancient instrument from another world."—Rhonda Rider

Finally, on Friday night, she brings the project to UC Davis, and she’ll play her works again at the Pitzer Center. Tickets are $12 for students and $24 for adults and are available here.

The Grand Canyon and UC Davis

UC Davis, incidentally, has a lot of history in the Grand Canyon, taking students to explore the science there. None of those who have traveled to this beautiful part of the world would have any problem believing music and the Grand Canyon go together.

In this video, join UC Davis students and faculty on their journey of science, education and discovery down the Colorado River. It might inspire you to attend at least one of these three musical events.

Holding degrees from Oberlin and Yale, Rider is founding member of the Naumburg Award- winning Lydian Quartet, with whom she played for more than 20 years. She is now a member of the celebrated piano trio Triple Helix.

More about student composers in this story.