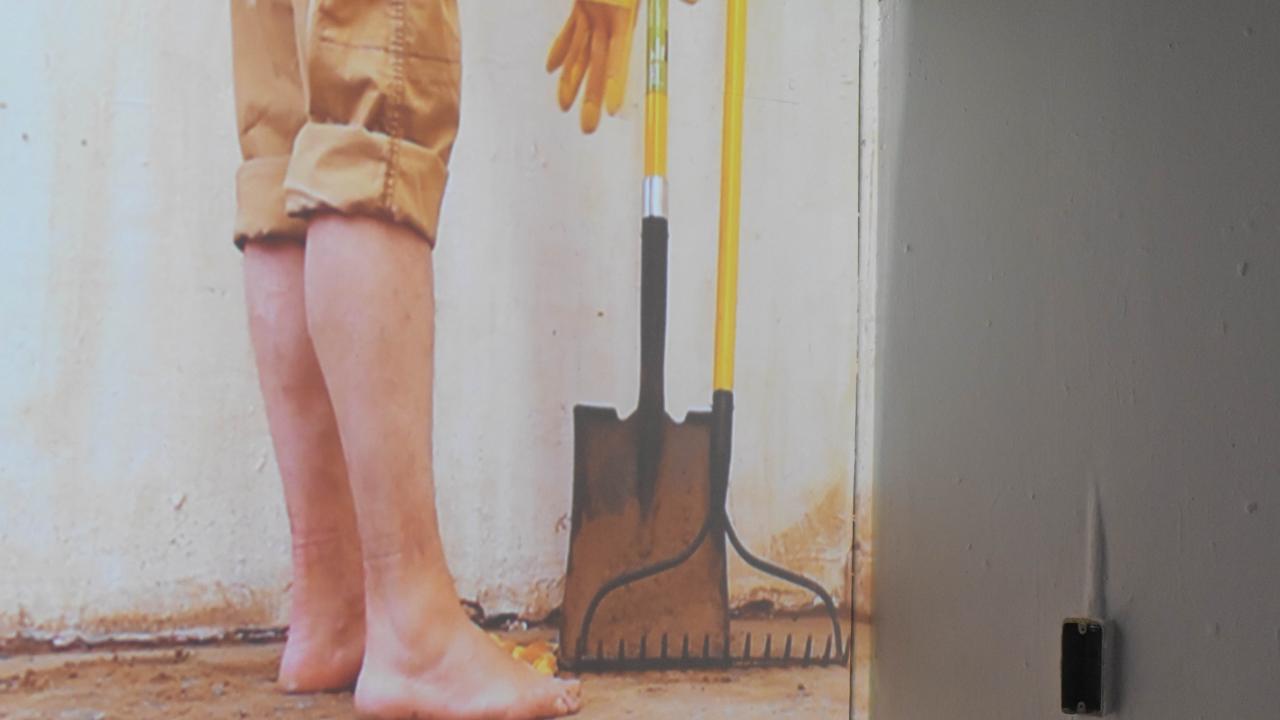 I recently had the pleasure of attending the fall  Art Graduate Open Studios. Each artist opened up his or her studio space to the public, making the experience very intimate. And, as someone who is thinking of getting their MFA one day, it gave me a glimpse into what it might be like to become a graduate student in the arts.

As I walked into each studio, I noticed that each artist’s work was very different, as each has a very unique spin on the medium, or mediums, they are studying. I was able to talk with some of the artists and learn their process. Here is what I saw and experienced.

First, I arrived at the historic TB 9, a Quonset hut on campus where influential artists have been creating since the 1960s.

Genevra Bell, a first year MFA student,  works with soft sculpture; so fittingly, her studio is equipped with a sewing machine and scraps of fabric. Some of her pieces were completely soft, whereas others were were wrapped around ceramics.  Her work, thus far, is exploring the awkwardness of being in a body, and she creates her work by thinking of the relationship with her own. This idea is enveloped in her pieces, as her soft creatures are able to be morphed and changed.

Dino Capaldi, a first year MFA student, also works with sculpture, however, his focus is on ceramics. When I viewed his work, I was reminded of the ocean. His work is embellished in sand and reused kiln-fired bits that look like rocks, making his sculptures resemble coral. As a surfer from Southern California, Capaldi says his background perhaps influences his work. Even though Capaldi has been doing ceramics for years, he says that a lot of his work is experimental.

Caz Azevedo, a second year MFA student, uses dance, film and experimental media to create. In his piece, video was screened on the three large walls in his studio. The video portrayed a dancer, smearing clay on the wall. On the very floor I was standing on, was that same clay.  The lights in the studio were dimmed and the dancer seemed larger than life.

After that, I walked along the Arboretum to get to the Graduate Arts Building. There, a metal structure exhibit welcomed me, along with food and drinks off to the side. The piece is called AfterFlow and was created by Julia Rigby and Caz Azevedo. The description described explained that the piece is composed of “discarded steel drums, ceramics, clay, dirt and cremated Earth.

More pieces awaited there. Just as in TB9, each artist opened his or her studio space to the public.