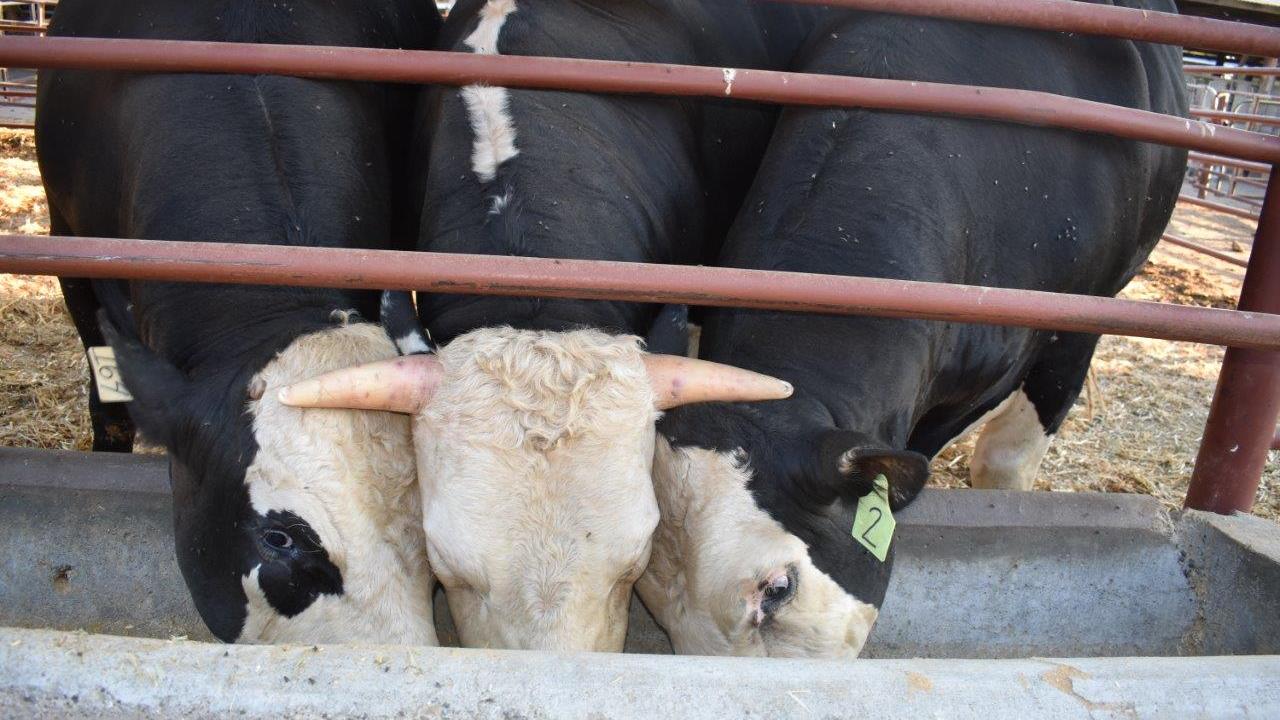 Study Sheds Light on Future of Genome Editing in Livestock

For the past two years, researchers at the University of California, Davis, have been studying six offspring of a dairy bull, genome-edited to prevent it from growing horns. This technology has been proposed as an alternative to dehorning, a common management practice performed to protect other cattle and human handlers from injuries.

UC Davis scientists have just published their findings in the journal Nature Biotechnology. They report that none of the bull’s offspring developed horns, as expected, and blood work and physical exams of the calves found they were all healthy. The researchers also sequenced the genomes of the calves and their parents and analyzed these genomic sequences, looking for any unexpected changes.

All data were shared with the U.S. Food and Drug Administration. Analysis by FDA scientists revealed a fragment of bacterial DNA, used to deliver the hornless trait to the bull, had integrated alongside one of the two hornless genetic variants, or alleles, that were generated by genome editing in the bull. UC Davis researchers further validated this finding.

Plasmid integration can be addressed by screening and selection, in this case, selecting the two offspring of the genome-edited hornless bull that inherited only the naturally occurring allele.

“This type of screening is routinely done in plant breeding where genome editing frequently involves a step that includes a plasmid integration,” said Van Eenennaam.

Van Eenennaam said the plasmid does not harm the animals, but the integration technically made the genome-edited bull a GMO, because it contained foreign DNA from another species, in this case a bacterial plasmid.

“We’ve demonstrated that healthy hornless calves with only the intended edit can be produced, and we provided data to help inform the process for evaluating genome-edited animals," said Van Eenennaam. “Our data indicates the need to screen for plasmid integration when they’re used in the editing process.”

Since the original work in 2013, initiated by the Minnesota-based company Recombinetics, new methods have been developed that no longer use donor template plasmid or other extraneous DNA sequence to bring about introgression of the hornless allele.

Scientists did not observe any other unintended genomic alterations in the calves, and all animals remained healthy during the study period. Neither the bull, nor the calves, entered the food supply as per FDA guidance for genome-edited livestock.

Why the need for hornless cows?

Many dairy breeds naturally grow horns. But on dairy farms, the horns are typically removed, or the calves “disbudded” at a young age. Animals that don’t have horns are less likely to harm animals or dairy workers and have fewer aggressive behaviors. The dehorning process is unpleasant and has implications for animal welfare. Van Eenennaam said genome-editing offers a pain-free genetic alternative to removing horns by introducing a naturally occurring genetic variant, or allele, that is present in some breeds of beef cattle such as Angus.

Other authors in the study include Amy Young, Tamer Mansour, Bret McNabb, and C. Titus Brown, with the UC Davis School of Veterinary Medicine; and Joseph Owen, and Josephine Trott, with the UC Davis Department of Animal Science. This work was supported by Biotechnology Risk Assessment Grant Program from the U.S. Department of Agriculture to ALV, the Gordon and Betty Moore Foundation’s Data-Driven Discovery Initiative, and the California Agricultural Experiment Station of the University of California, Davis.