When Smoke Gets In Your Wine

What Are the Solutions for Climate Change-Impacted Grapes?

Many wine lovers know that a hint of smoky flavors in Zinfandel or Pinot Noir are the perfect complement with grilled meats. They may also be familiar with the phrase, “Stressed vines make the best wines.”

But what if those smoky overtones go overboard as the grapes are exposed to destructive wildfires? And what if those stressed vines are the result of prolonged drought conditions?

As the effects of climate change are felt in California wine country and around the world, vintners are anxious about what the future holds. They wonder if some wine regions are becoming too warm to properly grow such signature grapes as Cabernet Sauvignon and Chardonnay. They’re concerned about prolonged droughts that decrease harvest yields and lead to dry conditions that set the stage for massive wildfires. Those fires can not only destroy precious vineyards but also damage fruit through prolonged smoke exposure.

With so much at stake in the world’s wine industry, UC Davis researchers are focused closely on mitigating the effects of climate change in viticulture. They’re working with the wine industry to study such pressing issues as smoke taint, drought-tolerant rootstocks and other ways that grape growers can adapt to warming temperatures.

“We’re seeing the impact of climate and climate change,” said Megan Bartlett, a UC Davis plant biologist and assistant professor. “Especially after the heatwaves and the megadrought a few years ago, we really saw, as an industry, declines in (crop) yield. These are really pressing problems, especially now.”

The spectre of smoke

The 2020 vintage was a lost year for Stuart Spoto. His premium brand, Spoto Family Wines, sources much of its Cabernet Sauvignon in the Oakville appellation in Napa Valley, on a plot of land that’s also used by UC Davis researchers at Oakville Station.

As wildfires and hazardous smoke whipped around the Napa Valley in the fall of 2020, Spoto couldn’t help but fret. He’d been through this in 2017, when Napa was similarly engulfed in flames and smoke from the wine country fires.

While Spoto Family Wines was still able to release a 2017 vintage, this time was different. Early analysis showed that prolonged smoke exposure had most likely tainted the grapes that made the wine, leaving Spoto to scrap the 2020 vintage. Shafer Vineyards in Napa’s Stags Leap District and Somerston of St. Helena were among those who made the difficult decision to forgo the 2020 vintage due to smoke taint concerns.

“Part of being in Oakville is we have a good team of fellow vintners, and UC Davis is part of that,” said Spoto ’82. “We had a lot of data collected and we relied on other people’s information and sensory evaluations. Sitting down with UC Davis, we had a pretty clear idea to not produce wine.”

‘Can you imagine licking an ashtray?’

Anita Oberholster, a Cooperative Extension enology specialist at UC Davis, has studied the effects of smoke taint over the past four years, as wildfires have become an annual event in California. She’s now one of the world’s leading experts in the issue.

If grapes are exposed to smoke, especially for extended periods of time, they can impart unwanted flavors into finished wine. That’s smoke taint, and it has the capability to ruin entire vintages of wine.

“Can you imagine licking an ashtray?” Oberholster said. “When wines are heavily impacted, it can taste like that.”

The impact of smoke taint isn’t always cut and dried. You can’t predict which grapes may have suffered damage based on anything intuitive, such as sight, smell or even the flavor of fresh grapes. Just because there’s smoke in the air doesn’t mean grapes are tainted.

“There are so many variables,” Oberholster said. “Freshness of the smoke, number of times exposed, variety of grape — the list goes on. There’s so much we don’t know.”

Chemical analysis can help predict the likelihood of smoke taint, but time is of the essence. In the fall of 2020, as grapes hung heavy on the vine in Northern California, commercial labs were backed up for several weeks to test for possible smoke taint. Even if the grapes were unaffected, disruption could still be felt around the wine industry.

“Growers were in a tough position because buyers were cancelling contracts unless you could prove your grapes hadn’t suffered damage,” said David Block, UC Davis viticulture and enology professor and department chair, “and demand for analysis far exceeded supply.”

“There are so many variables. Freshness of the smoke, number of times exposed, variety of grape — the list goes on. There’s so much we don’t know.” — Anita Oberholster, UC Davis enology specialist

Thus, the research related to smoke taint continues, with a long list of mysteries and myths to decipher.

“Number one, are we looking at the right molecules?” Oberholster said. “We can’t fully assess smoke-related issues if we don’t completely understand the nature of the compounds at play.”

Smoke barriers are also on Oberholster’s radar. She wonders if a spray could be developed that growers could use to protect grapes from the harmful compounds that burning woods emit.

“That would expand lab capacity because you’d only have to test grapes that were in a high-risk zone,” she said.

As for myths, Oberholster wants to dispel the misconception that grapes and wine will automatically suffer in smoky conditions.

“Consumers have no reason to shy away from vintage 2020,” she said. “Winemakers will ensure the quality of the wine is what the consumer expects. They know that if consumers taste wine that is tainted, they won’t reach for it again.”

2020 started on a worrisome note in terms of water. In February, the U.S. Drought Monitor classified nearly 60% of the state’s land as “abnormally dry.” That included the wine grape growing counties of Napa, Sonoma, Lake and Mendocino.

Meanwhile, a broader and equally troublesome trend was emerging in California’s wine country. Napa, for example, was moving into a warmer climate category according to the Winkler Index. Developed at UC Davis by A.J. Winkler and Maynard Amerine, this system classifies the climate of wine growing regions based on a heat summation scale and serves as a guide for which grape varietals are best suited for a given area.

Back at Oakville Station, Kaan Kurtural works directly with growers regarding climate change and wine. He’s a professor of viticulture at UC Davis who researches rootstocks and clone combinations that show promise in being more drought-tolerant, along with farming practices that mitigate the effects of warming weather. Some future plots at Oakville Station will focus on varietals that are native to southern Italy and Greece and will be tested for plant-fitness in California’s warming climate.

“I don’t think there was ever a doubt with grape growers that it was happening,” Kurtural said about climate change. “This is bottom-line — grapes are money, it’s business.”

In response to warming temperatures, Kurtural is testing shade films that can be used in vineyards to filter certain types of ultraviolet light. Grapes can still be grown outdoors but have the potential to stay cooler and expand the growing season with these systems.

“It was one of the first things that Napa Valley growers asked me to test when I came to UC Davis in 2015,” Kurtural said. “Now we have shades over the rows to block out the vineyards. It looks like you’re growing the grapes in a greenhouse but the site is open.”

Kurtural is also helping lead a trial that focuses on Napa’s most signature grape: Cabernet Sauvignon.

This red varietal, which likely accounts for slightly more than half of the Napa Valley’s grape plantings, requires very particular conditions to thrive. It needs warmth to ripen — but too much heat can make its flavors go flat and boozy. And without enough water supply, growers can face low crop yields.

Kurtural is now part of a research team that’s collaborating with Napa’s Beckstoffer Vineyards and Duarte Nursery in Stanislaus County in what’s been called “the mother of all cabernet trials.” It encompasses 3,600 plants with 10 clones of Cabernet Sauvignon crossed with different 10 rootstocks.

The trial’s goals are to find the hardiest rootstocks for Cabernet Sauvignon by identifying biomarkers for overexposure and water stress.

Explained Kurtural, “We’re going to use these biomarkers to identify the most resilient rootstocks and clone combination for Cabernet Sauvignon. “It’s unlikely that things will change overnight,” he added, “or the markets will accept a substitution for Cabernet or (Bordeaux varieties). This will buy us some time to find some breeding material to blend in.”

Bartlett, the plant biologist, also works to identify traits that can improve drought tolerance in rootstocks. She’s part of a UC Davis project that’s looking at the characteristics of root cells that help the roots maintain water intake from dry soil. Once the genes with those traits are identified, they can screen across large populations for breeding.

“Consumers have no reason to shy away from vintage 2020. Winemakers will ensure the quality of the wine is what the consumer expects. They know that if consumers taste wine that is tainted, they won’t reach for it again.” — Anita Oberholster, UC Davis enology specialist

So as the wine world looks to the 2021 vintage and beyond, questions remain about climate change and what the future may hold.

“A crystal ball would be nice in terms of climate change,” said Spoto, the Oakville Station winemaker. “I let the experts take the lead. Having UC Davis in our backyard is beyond words for the benefit we get.” 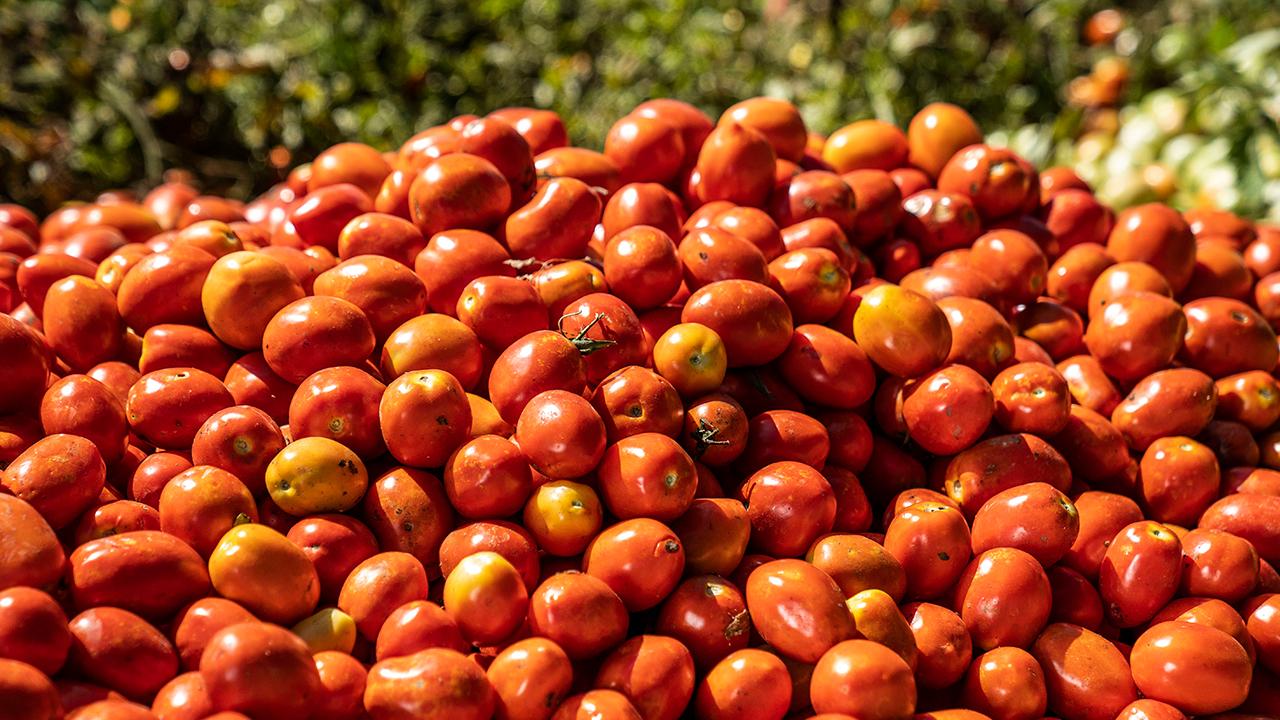 How Has Pandemic Impacted California Food, Agriculture and Environment?

A new report from agricultural economists at the University of California examines how COVID-19 continues to impact California agriculture. 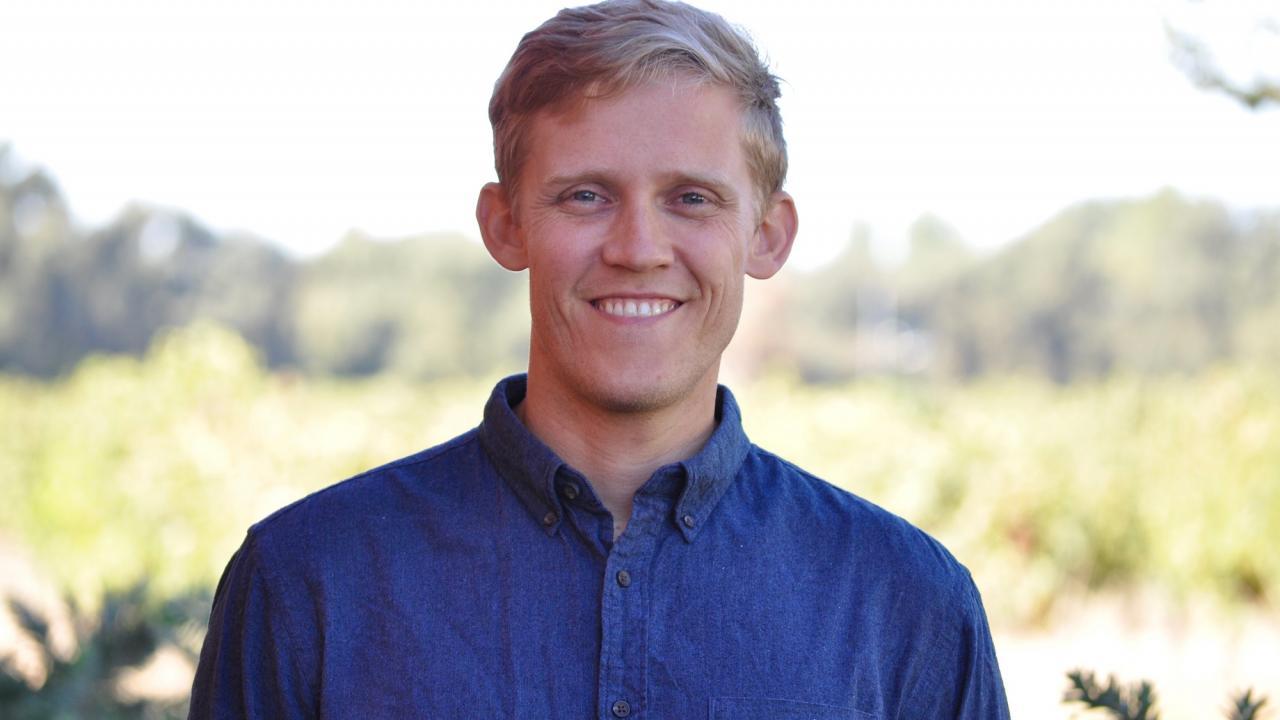 Bringing Big Data to the Vineyard

An assistant professor in the Department of Viticulture and Enology is applying big data by merging agricultural and machine learning to glean information that improves vineyards’ health and yields.