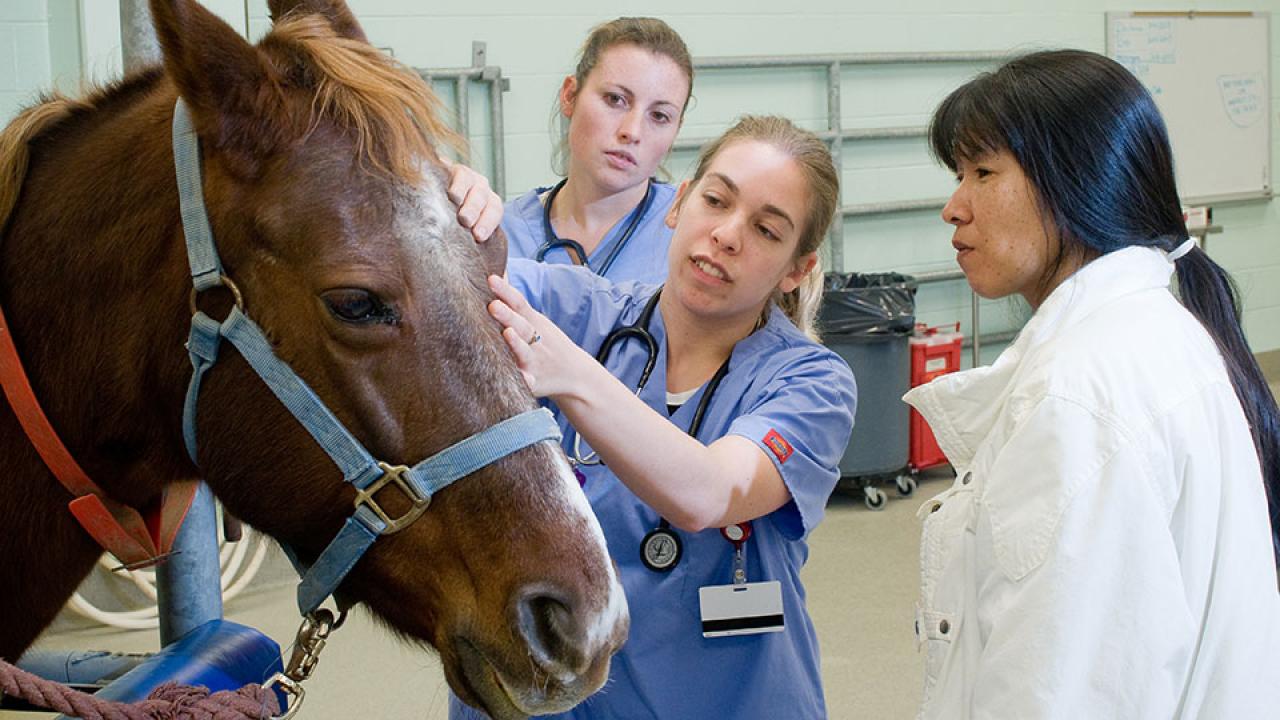 Ranks No. 2 in Agriculture and Forestry

The University of California, Davis, held onto its top spot in veterinary science in the latest QS World University Rankings released today (March 7).

And for the fifth consecutive year, the campus is among the top-ranked universities in agriculture and forestry, taking second place in the ranking this year.

First in veterinary science since the field was added to the rankings in 2015, UC Davis is renowned for applying a “One Health” approach to addressing critical health concerns on a local and global scale.

“The energy, passion, knowledge and skills that the UC Davis veterinary medicine community brings to their jobs every day is the secret to our success,” said Michael Lairmore, the school's dean since 2011. “Our future, supported in part by generous philanthropic partners, will be shaped by our combined efforts as we push the boundaries of research discoveries, provide innovative educational opportunities for our students, bring advanced clinical services to our animal patients, and serve our communities by advancing the health of animals, people and the environment.”

Ranked No. 2 in agriculture and forestry, UC Davis is the most published and cited U.S. research university in agricultural sciences, environment and ecology, and food science and nutrition. The College of Agricultural and Environmental Sciences has helped shape California and the world, and remains dedicated to solving critical issues with food, water, energy, climate change and human health to improve the quality of life throughout the world.

Home of the internationally acclaimed viticulture and enology program, the college offers 29 majors and 43 minors, plus an exploratory/undeclared option, in the fields of agriculture, environment, human needs and social sciences.

In other recent rankings, UC Davis was named the greenest university in the world by the seventh annual GreenMetric ranking from the University of Indonesia in December 2016 and No. 20 among large schools on the Peace Corps’ Top Volunteer–Producing Colleges and Universities list in February.

Other top showings in the QS rankings

In this year’s QS rankings, UC Davis is among the world’s elite institutions in 35 of the 46 subjects and all five of the subject areas featured. Among UC Davis’ `highest rankings:

QS rankings are based on reputational surveys and research citations. This year, QS evaluated 4,438 universities, then qualified 3,098 and ranked 1,117 institutions.

Making a difference around the world

The school is involved in improving the lives of people and animals, and the environment in more than 30 countries worldwide through efforts such as:

The rankings are prepared by Quacquarelli Symonds, a British firm widely considered to be one of the most influential international university rankings providers.