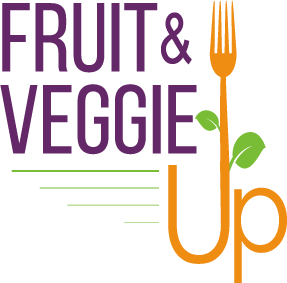 But it rounded out the 10,000 pounds of donated produce that has been made available to UC Davis students through Fruit and Veggie Up! since the home-grown program started on campus in 2015.

The program is an example of how Davis and other University of California campuses are working to address food insecurity among students.

Guided by a recent study of student food access and security and as part of the its Global Food Initiative, the University of California is making available to campuses a total of $3.3 million over two years to help students regularly access nutritious food on and off campus.

UC Davis has enhanced its Aggie Food Connection website, part of a larger campaign to increase awareness about food and nutrition resources on and off campus and overcome the stigma associated with needing help.

Among nearly 8,400 UC Davis students who responded to the 2014 UC Undergraduate Experience Survey, 26 percent said they occasionally skipped meals to save money. About 11 percent skipped meals somewhat often, while 9 percent were doing it often and 6 percent, very often.

A doctoral student in electrical engineering, Shetty has been a regular user of Fruit and Veggie Up! since he arrived from Mumbai, India, in September.

He said it helps him eat more nutritiously, especially since he has little time for cooking. He held up the bunch of bananas and talked about the smoothies he would enjoy over the school’s winter break. “This is what I call fast food,” he said.

The fruits and vegetables, donated by The Nugget Markets grocery stores in Davis and the campus’s own Student Farm, are available twice a week in a third-floor conference room in the Student Health and Wellness Center and sometimes at The Pantry in Lower Freeborn Hall.

Each week this fall, Fruit and Veggie Up! made an average of almost 150 pounds of produce available and had 118 students visit. But Aria Wexler, a senior in clinical nutrition who oversees the program, said it runs out of produce every week. “That just shows there is a big need,” she said.

The produce often includes apples, bananas, oranges, grapes and root vegetables. On-site cooking demonstrations and sampling, along with recipe cards and access to an online cookbook, give students confidence to try less common offerings like eggplant and kohlrabi.

Learn more about how UC Davis crops and compassion are helping feed those in need — on and off campus.