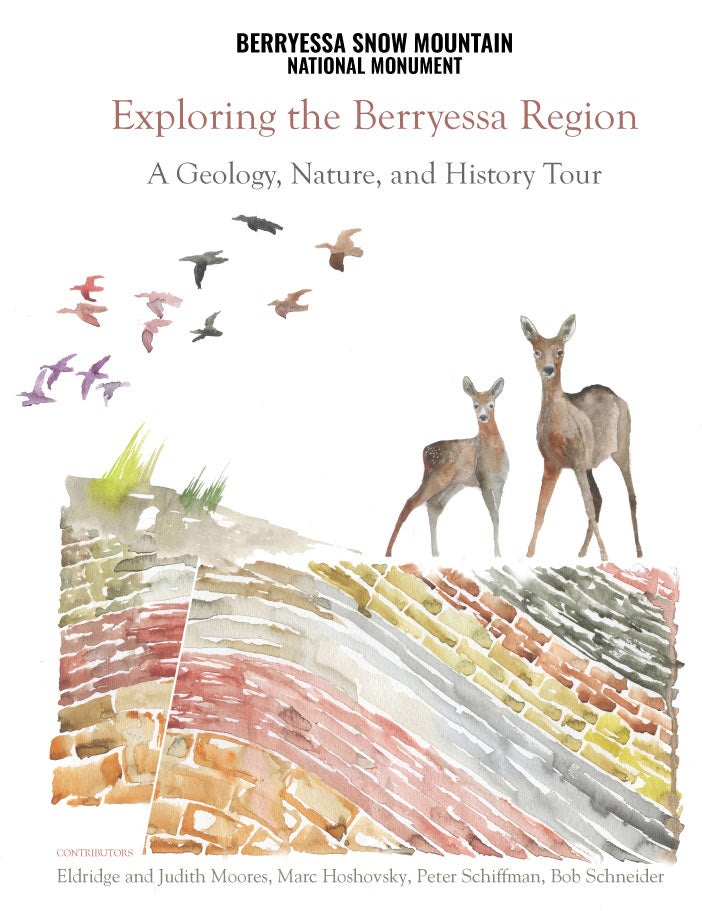 “This is a beautiful example of what a community can do to protect, support and explain a local region — in this case one of the most complex and interesting geologic and biological hot spots on the planet. It’s a guide for good actions of all kind, physical, political, spiritual. I know Eldridge Moores would have loved it, and now like him it can be an inspiration to us all.” — Kim Stanley Robinson, author

Only two hours by car from Davis, Berryessa Snow Mountain National Monument is one of the world’s best living laboratories for studying plate tectonics. This book provides a lively guide for touring the monument’s natural wonders by car.

“A reader can be just starting to learn about this place or adding to their knowledge lore,” said Peter Schiffman, professor emeritus of geology, who contributed to the guide. “There is something included for everyone.”

The book was inspired by field trips led by the late Eldridge Moores, Distinguished Professor Emeritus of geology, and his wife, Judy, among the contributors. The trips drew hundreds of people to Berryessa in support of the yearslong lobbying effort that led to the national monument designation.

“Eldridge loved this area because of its unique geological features, such as ophiolites, transform faults, mud volcanoes and more,” Schiffman said.

The new guide expands on the complex geology to include the region’s biological diversity and history of human cultures.

Eldridge, who died in 2018 at age 80, was a Distinguished Professor Emeritus, a founding member of the Department of Geology in 1966 (the department is now known as Earth and Planetary Sciences). His pioneering work contributed to the science of plate tectonics, which revolutionized the field of earth science in the 1960s. Judy, a co-founder of the Davis Science Center (now called Explorit), joined her husband in leading geology field trips in the Berryessa region. 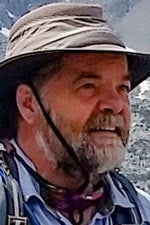 Professor emeritus and  research geologist emeritus, Department of Earth and Planetary Sciences. His research specialty is the mineralogy, petrology and geochemistry of metamorphic rocks, especially the metavolcanic rocks found in active geothermal systems on land (in Iceland, Mexico, Hawaii and California), at oceanic spreading centers (in the northeast Pacific), as well as in the fossil hydrothermal systems found in ophiolite complexes (in California, Cyprus and Oman). 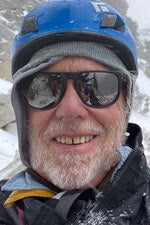 A geology graduate of UC Davis (Bachelor of Science degree, 1972),  he co-founded the California Wilderness Coalition in 1976 and Tuleyome in 2002. He was instrumental in the yearslong, successful effort that led to the designation of Berryessa Snow Mountain National Monument in 2015.

Becky Oskin is a content strategist and writer in the College of Letters and Science.