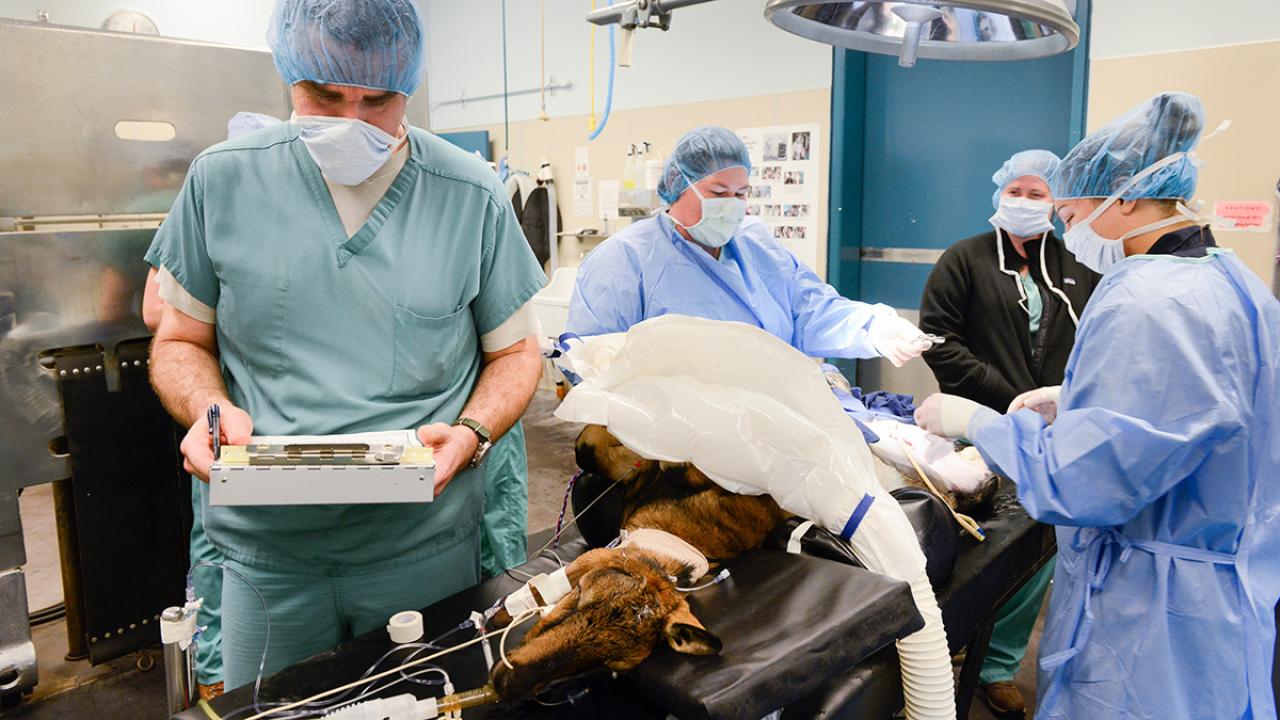 For 170 years, doctors have knocked out patients with a cocktail of gases or injections before surgery. Those drugs haven’t changed much in that time. And they have many side effects and dangers. How anesthesia actually works also remains one of the great mysteries of neuroscience. This leaves plenty of opportunity for the type of innovation that a UC Davis professor is pioneering.

Robert Brosnan knows how to make these drugs safer for the lungs, heart and other systems, leading to fewer of the costly complications from surgeries. In his research at UC Davis, he has discovered a way to target specific neuroreceptors with new drug agents. This could revolutionize the medical field.

But Brosnan has a few challenges before this technology can be used on humans. For one, Brosnan is a veterinarian.

To bring his science to market, Brosnan has needed collaborators, connections and business advice. He presented his idea at the Biomedical + Engineering Entrepreneurship Academy, hosted by the UC Davis Institute for Innovation and Entrepreneurship. There he met fellow UC Davis alumnus and entrepreneur Mark Holman, and together they planted the seed for what would later become a new venture: Expanesthetics.

“They represent the interdisciplinary vision of this university,” says Professor Andrew Hargadon, the institute’s founder and faculty director. “Scientists working across fields and with industry to turn their leading scientific research into practical and world-changing applications.”

One medicine for animals and humans

Though Brosnan specializes in veterinary anesthesia and analgesia, his research has promising potential for use in humans. It’s an example of the cross-disciplinary One Health initiative.

Physicians, veterinarians, dentists, nurses and others working in science, health and the environment are collaborating to advance new breakthroughs.

Brosnan began with a $1 million grant for his lab from the National Institutes of Health. Holman has since licensed the technology from UC Davis for Expanesthetics, and he has raised almost $3 million from private investors. Holman has been growing the company’s staff, which now includes a chief operating officer: Shane Austin, a UC Davis biomedical engineering graduate.

With clinical trials and the federal review process, it could take more than a decade and up to $350 million to get a new drug from the lab to surgical suites. Holman is ready for the long haul and confident about bringing multiple new drugs to market based on Brosnan’s research.

“There is a lot of room for improvement in the drugs that we use,” he said. “Surgical anesthesia in the 21st century should look completely different than it did in the 1840s.”

Brad Hooker is a writer for the UC Davis Graduate School of Management, where he’s advancing the content strategy for the school’s many business research and education topics.