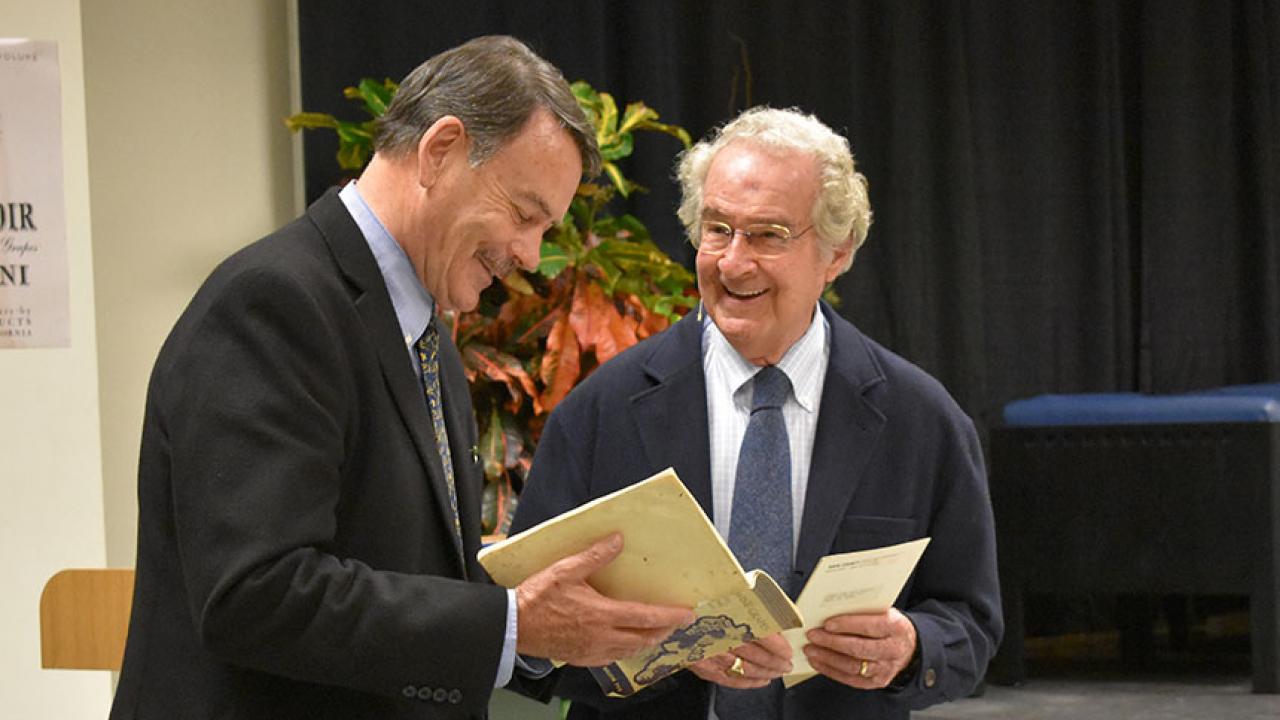 Warren Winiarski, grape grower, winemaker, land preservationist and philanthropist, has committed $3.3 million to build the most comprehensive collection of wine writers’ work in the world at the library at the University of California, Davis.

Dedicated to preserving the heritage of wine and its international cultural importance, Winiarski has supported the UC Davis Library for many years. The Winiarski Family Foundation’s gift will preserve and increase access to the library’s collection of work from some of the world’s most prominent wine writers including Hugh Johnson and Jancis Robinson. Broadly defined, wine writers include wine book authors, editors, wine journalists and critics, wine columnists, bloggers and other editorial wine content creators. With this support, the library will grow its collection of storytellers who influence both the wine industry and public appreciation of wine and make their work accessible on a global scale.

“My hope for this gift is that it will create a powerful resource for people who want to see how writers helped develop the wine industry itself and how they influenced the aesthetics of wine,” said Winiarski, a Napa Valley resident. “Wine writers didn’t write just about the regions or types of wine. They gave winemakers the tools they needed to make wines better.”

‘Greatest wine library in the world’

According to University Librarian and Vice Provost of Digital Scholarship MacKenzie Smith, “Mr. Winiarski’s gift will further that reputation and allow us to share a critical aspect of the history of wine with students and researchers around the world. Wine writing and the public’s appreciation of wine are inextricably linked, which in turn influences winemaking.”

The library holds more than 30,000 wine books and special collections of rare manuscripts, maps and other materials on wine dating back as far as 1287. Its collections also include papers and books from wine notables such as Robert Mondavi, Leon D. Adams, Roy Brady and Robert Thompson, among others.

“I wanted to be part of that endeavor — to help make the library at the University of California, Davis, the preeminent library for this type of research and materials,” he said.

The important influence of wine writers

Winiarski, the founder and former proprietor of Stag’s Leap Wine Cellars in Napa and the first winemaker of Robert Mondavi Winery in 1966, said wine writers led the way in identifying characteristics that were used by winemakers.

“They helped advance the conversation and inspired us to render grapes with more subtlety, refinement and knowledge,” said the recent inductee into the California Hall of Fame. “That takes a vocabulary. You have to be able to take the senses of taste and smell, and the structural elements of wine, and reduce those elements into words. Wine writers did that for us.”

Winiarski said he hopes the UC Davis Library’s wine writer collections will leverage the works of these authors so they can be used to create even better wines in the future.

“It’s about helping to refine truth through history,” he said. “It’s not just about preserving their work, but also building a home where something new can be created from the past. We need to continue to get more finesse in our wines and I’m hoping that this collection will help bring about those developmental benefits for the industry for many years to come.”

Winiarski’s earlier gifts to the library have totaled nearly $400,000. In addition to supporting the wine writer collections, the funds will also support the Warren Winiarski Wine Writer Collection Fellow to help curate, manage and promote the collection.