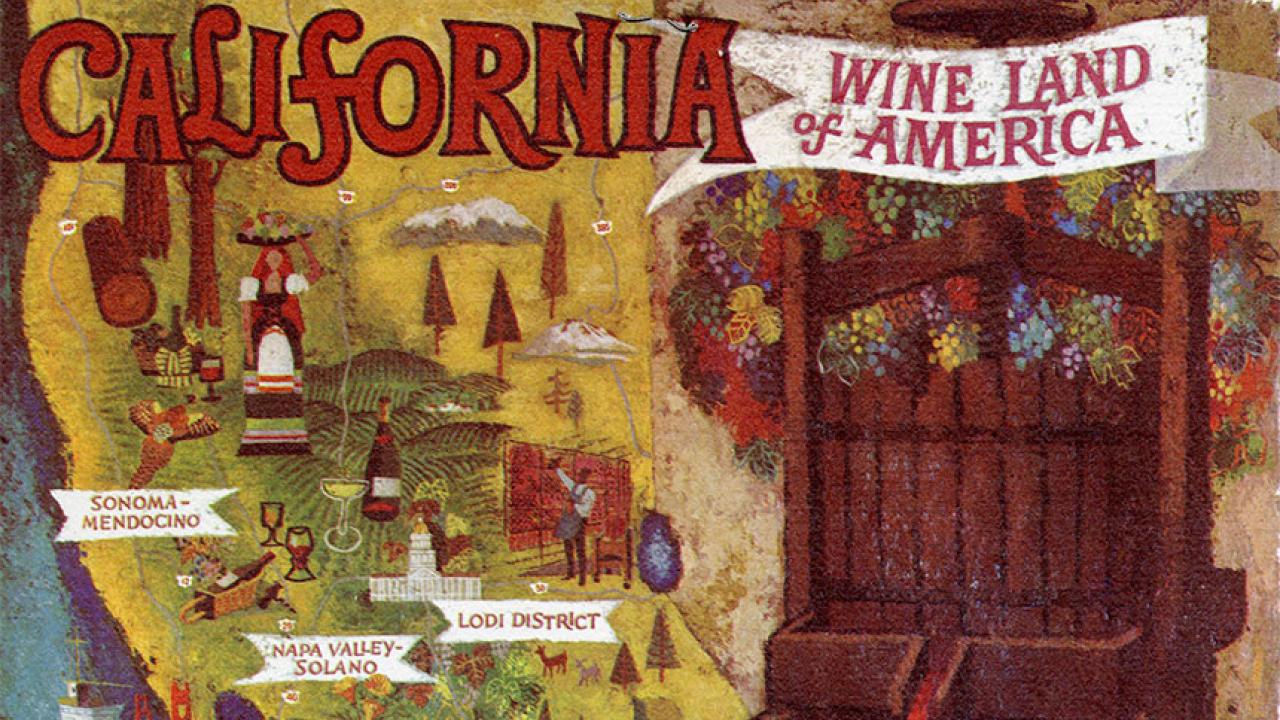 Airline menus boasting California wines, vineyard growing histories and even a movie screenplay set during Prohibition are among the latest additions to the wine collections of the library at the University of California, Davis.

Wine Institute, the leading association for the California wine industry, has donated its organizational archives and book collection to UC Davis. They complement the extensive wine collections already at the university and will help researchers understand how the California wine industry recovered from Prohibition and rose to the level of international prominence it enjoys today.

With recent acquisitions, the UC Davis Library is building the world's leading collection on wine writers. A new fellow is helping to curate and promote it.

“We’re delighted to see our materials become part of the university’s rich collection on California wine and to make them broadly available to scholars, researchers, writers and wineries,” said Robert P. “Bobby” Koch, president and CEO of the institute.

“The three most significant organizational archives covering the rise of California wine since Prohibition are those from the Bureau of Alcohol, Tobacco and Firearms, the UC Davis Department of Viticulture and Enology, and Wine Institute,” said Axel Borg, the library’s wine subject specialist. “We had the government papers and the scientific research. Now we have the leading industry voice represented as well.”

The Wine Institute Records on the American Wine Industry — currently being cataloged by the library and available for public use by early summer — cover the 20th century after the repeal of Prohibition. They include:

Formed in 1934 following the repeal of Prohibition, Wine Institute leads public policy advocacy in all 50 states, federally and internationally on behalf of 1,000 California wineries and affiliated businesses that represent 81 percent of U.S. wine production and more than 90 percent of U.S. wine exports.

‘Greatest wine library in the world’

The UC Davis Library, which has been called the “greatest wine library in the world,” already holds the papers of many of the leaders who shaped the wine industry in California and beyond, including former UC Davis professors Maynard Amerine and Harold Olmo; winemakers Robert Mondavi and Martin Ray; and California-based wine writers Leon Adams, Bob Thompson and Charles Sullivan.