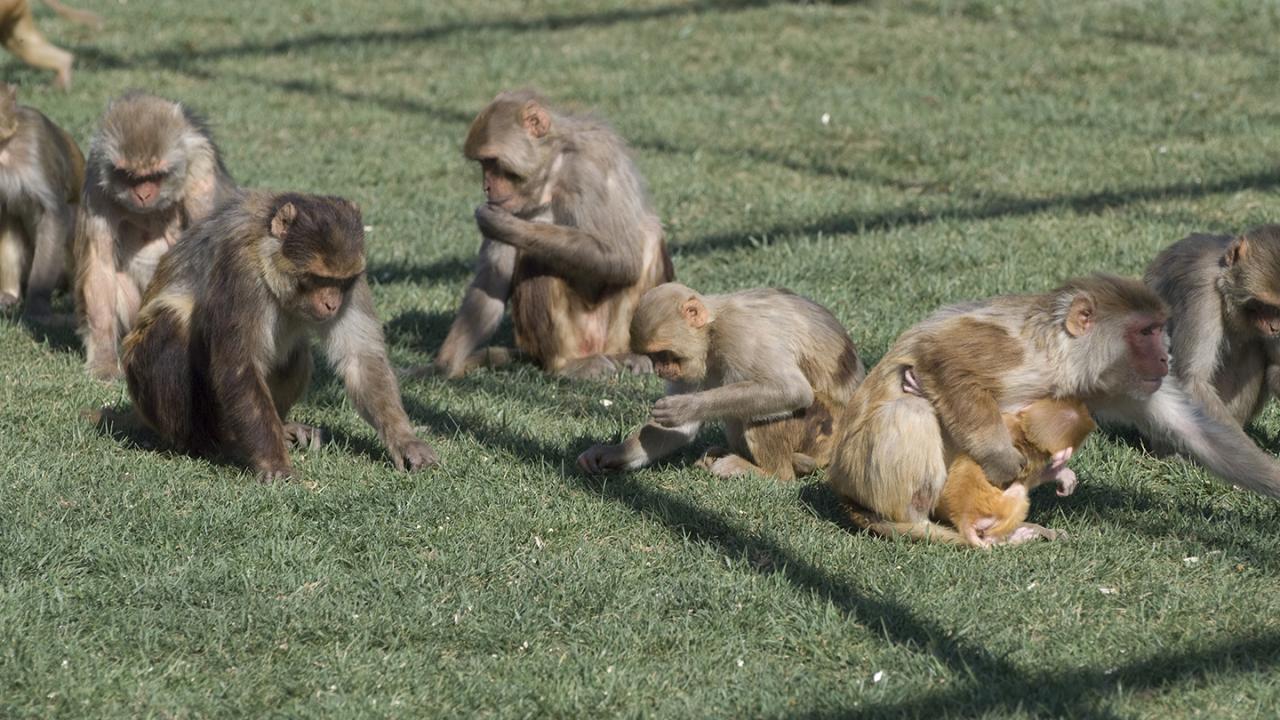 Vasopressin a Possible Biomarker for Social Deficits in Autism

One of the characteristics of children with autism spectrum disorder is reduced social ability. It’s difficult to study the possible causes of social impairment in children, but a new study shows that rhesus macaques with low sociability also had low levels of the peptide vasopressin in cerebrospinal fluid, as did children with autism spectrum disorder.

The study, by researchers at the California National Primate Research Center at the University of California, Davis, and Stanford University, is published May 2 in the journal Science Translational Medicine.

“At this point, we consider vasopressin concentrations to be a biomarker for low sociability,” said John Capitanio, professor of psychology at UC Davis and a research scientist at the CNPRC.

Capitanio studies the interplay between social behavior and health. Over several years, his team has assessed rhesus macaque monkeys born at the center for sociability. The center maintains large field corrals where the macaques live in extended large family groups with the same hierarchies and social behavior that they show in the wild.

About 15 percent of the animals are classed as “low social”: They spend less time interacting with others than most macaques. Capitanio has previously studied how this natural variation affects the course of infectious disease.

Professor Karen Parker at the Stanford Department of Psychiatry and Behavioral Sciences, principal investigator on the project, is interested in why children with autism spectrum disorder have deficits in social ability.

The researchers identified “high social” and “low social” monkeys and tested their blood and cerebrospinal fluid for a number of markers previously identified as possibly playing a role in autism. The one that jumped out was vasopressin in cerebrospinal fluid, which was low in “low social” animals. Other potential markers such as oxytocin were not significantly different, they found.

Parker and Capitanio’s team was able to confirm the link between vasopressin and sociability in a second cohort of monkeys and demonstrate in a third group that vasopressin levels in cerebrospinal fluid are stable over time.

In addition, the Stanford team was able to obtain cerebrospinal fluid from seven children with autism spectrum disorder who were undergoing lumbar puncture for other reasons. They found that these children also had low levels of vasopressin compared to seven other children without autism.

There are some important limitations to the study, Capitanio said. Firstly, all the animals and children studied were male. Although autism spectrum disorder is far more common in males, research on females is also needed. Secondly, the study shows a correlation between sociability and vasopressin, but not whether it is a cause or a consequence.

Parker and Capitanio plan to repeat the study with female animals and to treat “low social” animals with vasopressin to see if that changes their behavior.

The monkey studies have particular relevance to humans because they are based on natural behavior, Capitanio said. “This is naturally occurring variation, we aren’t making the monkeys behave in this way,” he said.