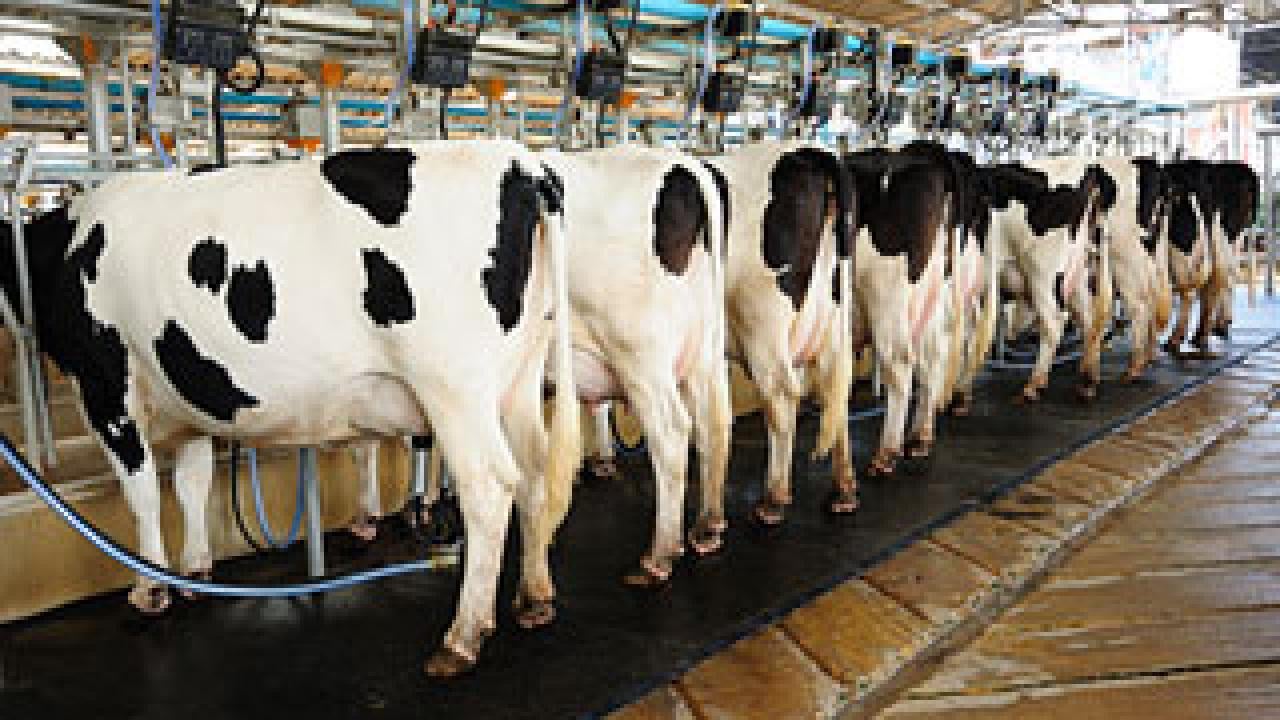 Dairies could increase their efficiency, reduce their carbon footprints and improve the health of their herds if they considered foot warts and other hoof ailments when they develop breeding plans, suggests a new study led by UC Davis researchers.

“Most dairy breeding programs select for milk production but the results of this study indicate that the cow’s conformation, particularly in terms of hoof health, also should be considered,” said Anita Oberbauer, professor and chair of the UC Davis Department of Animal Science and lead author of the study. The study is published in the October issue of the Journal of Dairy Science.

Oberbauer noted that lameness and hoof health are also animal welfare issues that can cause dairy producers to cull, or retire, cows early from their milking herds. As of 2011, an average of more than 40 percent of California dairy cows were culled annually, and lameness was one of the top three reasons for culling.

The 29-month study, conducted on three California dairies, correlated milk-production records with weekly observations of hoof health problems for more than 5,000 cows, including those that were visibly lame and those that were “dry,” or finishing their milking cycle.

Foot warts were the most prevalent of the ailments, occurring in more than 17 percent of the monitored cows. The research also demonstrated a sizable genetic component to sole ulcer and foot warts, indicating that a breeding program directed at reducing hoof disease will likely lead to measurable improvements.

The study concluded that a breeding program that considers hoof-health traits would be unlikely to jeopardize the cows’ milk productivity.

Oberbauer said that further study is now needed to identify the specific genes or DNA regions that are responsible for hoof-health traits.

UC Davis has helped to make California the nation’s largest dairy state, contributing to better sanitation procedures, improvements in raw milk handling and quality, and innovations that have reduced the environmental impact of livestock waste. The J-5 vaccine alone, developed in 1988 by veterinary medicine faculty to prevent mastitis in dairy cattle, saves producers $11 million annually. Faculty research carried out at UC Davis also helped eradicate bluetongue virus in parts of the United States and rinderpest in much of Africa. Both diseases affect livestock.

The W.K. Kellogg Endowment and the University of California’s Agriculture and Natural Resources division funded the study.