MOSAC Opens to the Public This Weekend

A decades-long plan to turn an abandoned power station along the Sacramento River into a museum comes to fruition this weekend as the SMUD Museum of Science and Curiosity opens with exhibits and attractions like the UC Davis Multiverse Theater, a planetarium, and the UC Davis Health-sponsored Health Headlines and Innovation gallery. 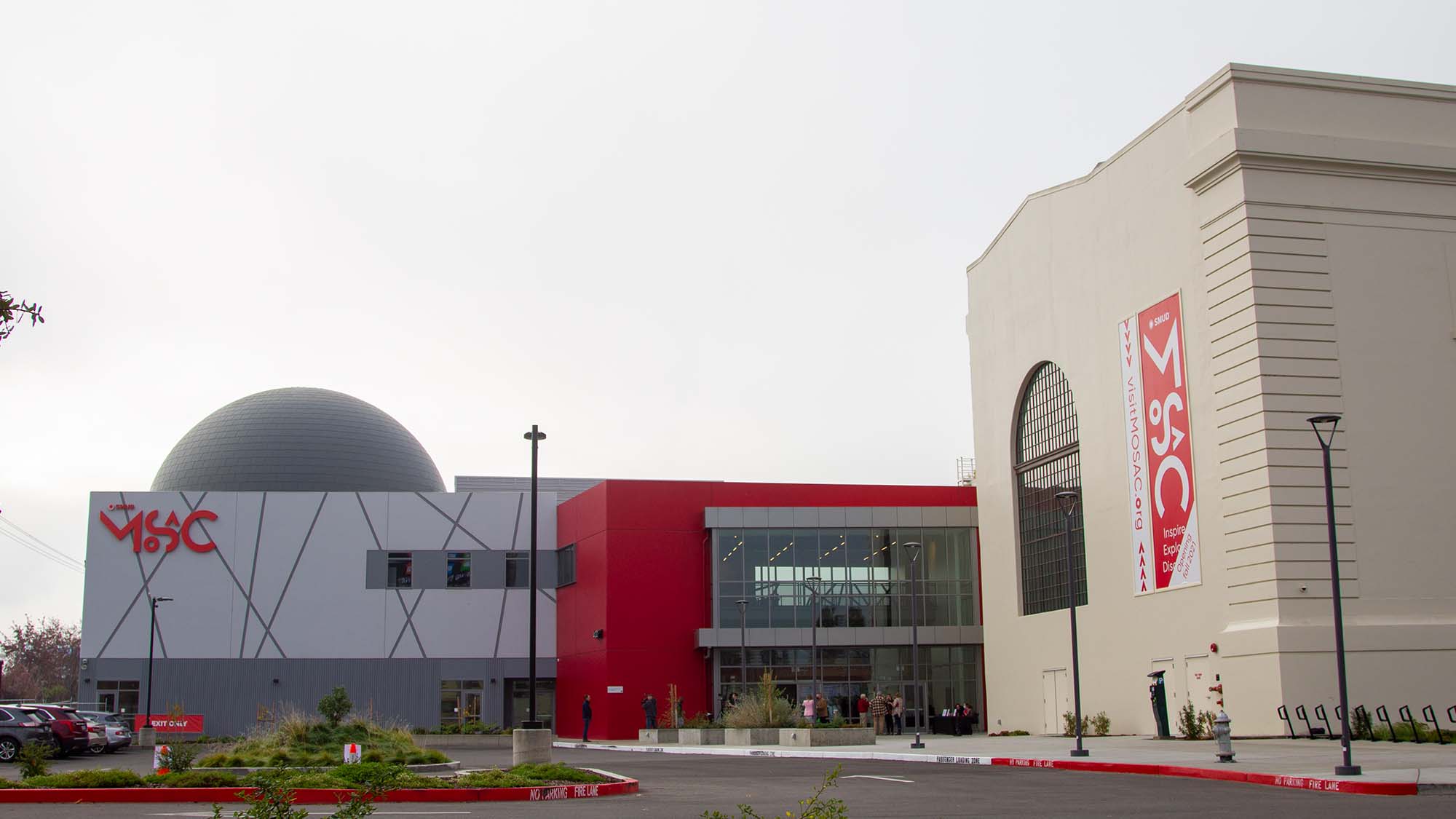 Tickets are available with timed entry, and visitors must select a separate ticket for the UC Davis Multiverse Theater (at no additional cost) to watch a show there.

“We’ve all been on a journey together, and it’s been a long journey,” Rep. Doris Matsui (D-Sacramento) said today (Nov. 12) at a ribbon-cutting ceremony for the SMUD Museum of Science and Curiosity, or MOSAC. “This place is not just for young people — it’s for families, it’s for adults [and] it’s for anyone who really thinks about the future and the importance of science [and] the importance of making sure we always keep our curiosity going.”

The building that now houses exhibits on climate change, water, small animals, engineering and more was built in 1912, and efforts to renovate and convert it to a museum began in 2005. Matsui recalled volunteering as a docent at an early precursor to MOSAC, the California Junior Museum, which was located on the grounds of what is now the UC Davis Medical Center.

UC Davis’ innovative spirit and technology is on display in the new location, in the form of the planetarium, a 120-seat auditorium equipped with a 46-foot display, six projectors and Dolby Digital surround sound. Visitors at today’s ceremony went on a narrated tour of the solar system, zooming out from a satellite photo of the riverfront museum.

Much more is in store for the theater. The university will be working closely with MOSAC in improving and expanding K-12 educational courses and public programming in the areas of science, technology, engineering, arts and math, collectively known as STEAM. The theater will host a variety of shows, including astronomy and planetarium presentations; films on chemistry and physics; and special feature films, such as documentaries from the National Geographic Society and the BBC.

Health exhibits include, so far, the EXPLORER Total Body Scanner, developed by UC Davis. The display features the prototype for the EXPLORER that UC Davis Health is now using to take snapshots of the entire body in seconds.

The future Health Gallery, also sponsored by UC Davis Health, will highlight other examples of the powerful technology used in medicine, breakthrough scientific research, and detailed understanding of public health programs and the health care system.

“UC Davis and the professors at UC Davis have worked closely with us for years on content, and now they’ve become naming partners as well, and we welcome them to our team,” said Michele Wong, MOSAC’s executive director.

Speakers at today’s ribbon cutting highlighted the role the MOSAC will play in inspiring future generations.

State Sen. Richard Pan (D-Sacramento) said the museum will provide a chance to show kids that science doesn’t have to be intimidating.

“It’s very important that we inspire that spark of interest in science, and that’s what this museum will do,” Pan said, adding that MOSAC will “inspire people to say: ‘Look, science is not something that’s hard or I have to avoid or I should be scared of. Science is fun.’ … Our universe is an amazing place and we should be excited about it, and we should want to continue to explore that.”