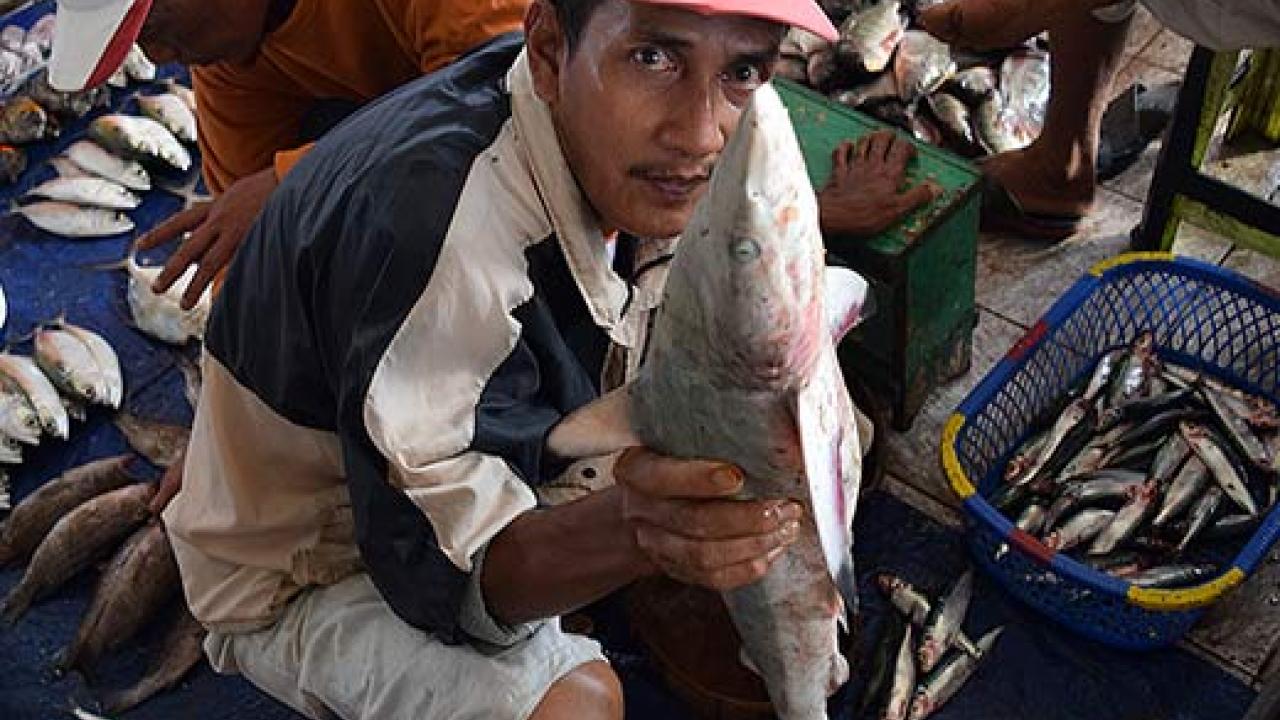 Plastic for Dinner: A Quarter of Fish Sold at Markets Contain Human-Made Debris

Roughly a quarter of the fish sampled from fish markets in California and Indonesia contained human-made debris — plastic or fibrous material — in their guts, according to a study from the University of California, Davis, and Hasanuddin University in Indonesia.

The study, published today in the journal Scientific Reports, is one of the first to directly link plastic and human-made debris to the fish on consumers’ dinner plates.

“It’s interesting that there isn’t a big difference in the amount of debris in the fish from each location, but in the type — plastic or fiber,” said lead author Chelsea Rochman, a David H. Smith postdoctoral fellow in the Aquatic Health Program at the UC Davis School of Veterinary Medicine. “We think the type of debris in the fish is driven by differences in local waste management.”

‘Waiter, there’s some plastic in my fish’

The researchers sampled 76 fish from markets in Makassar, Indonesia, and 64 from Half Moon Bay and Princeton in California. All of the fragments recovered from fish in Indonesia were plastic. In contrast, 80 percent of the debris found in California fish was fibers, whereas not a single strand of fiber was found in Indonesian fish.

Indonesia has little in the way of landfills, waste collection or recycling, and large amounts of plastic are tossed onto the beaches and into the ocean. The problem is made worse by a lack of purified drinking water that forces its residents to drink bottled water.

“Indonesia has some of the highest marine life richness and biodiversity on Earth, and its coastal regions — mangroves, coral reefs and their beaches — are just awash in debris,” said co-author Susan Williams, a professor with the UC Davis Bodega Marine Laboratory who has worked on projects in Indonesia for the past several years. “You have the best and the worst situation right in front of you in Indonesia.”

Meanwhile, the U.S. has highly advanced systems for collecting and recycling plastics. However, most Californians wash their clothing in washing machines, the water from which empties into more than 200 wastewater treatment plants offshore California. The authors theorize that fibers remaining in sewage effluent from washing machines were ingested by fish sampled in the state.

“To mitigate the issue in each location, it helps to think about local sources and differences in waste management strategies,” Rochman said.

The scientists emphasize that the plastic and fibers are found in the fishes’ guts. That means humans are likely to ingest the debris only if the fish is eaten whole, as it is in Indonesia, or such as with sardines and anchovies, rather than filleted. However, researchers are still studying whether chemicals in plastic can transfer into the meat.