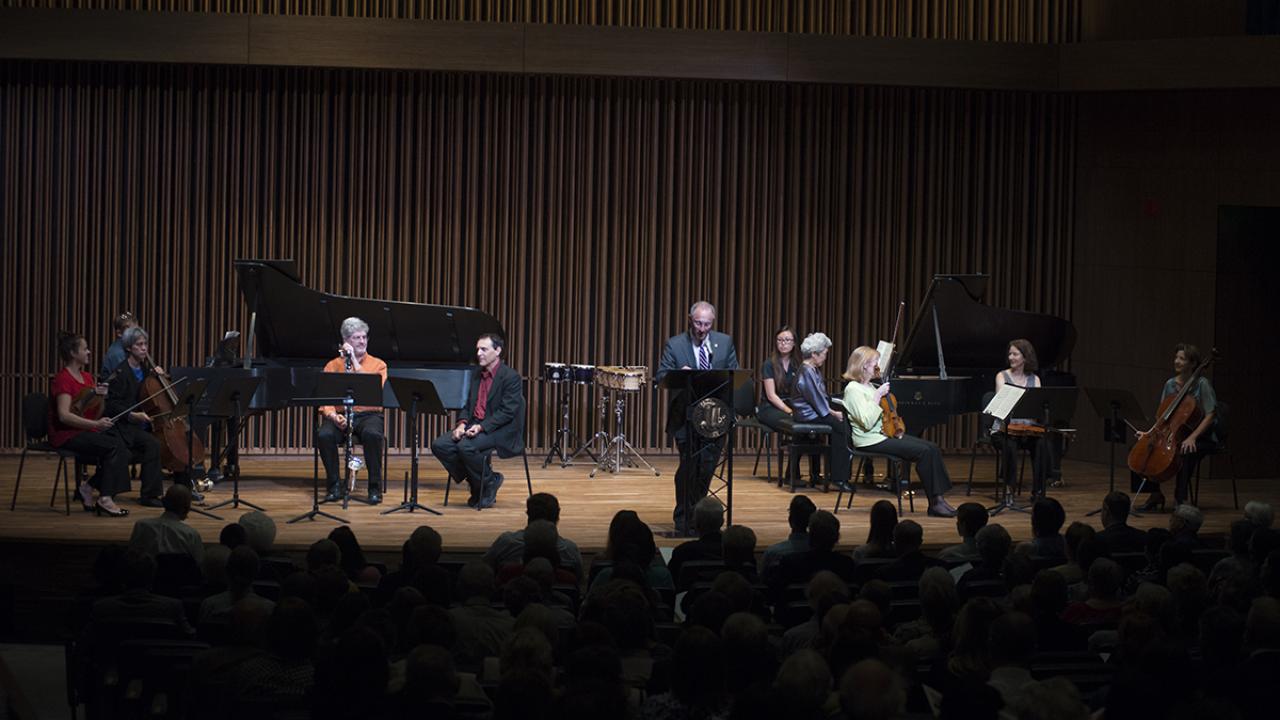 “This beautiful new facility will enrich teaching and learning — not only for music students, but also for students from across the campus who will take classes here,” said Susan Kaiser, interim dean of the Division of Humanities, Arts and Cultural Studies. “Exposing them to music is a vital part of the campus.”

Campus officials on Thursday (Sept. 22) dedicated the new 17,500-square-foot building with performances by students, faculty and a visiting pair of pianists. Interim Chancellor Ralph J. Hexter dedicated the center to “the future of arts and music at UC Davis,” as well as “the spirit of creativity and the spirit of beauty,” and thanked the center’s benefactors, including Ann E. Pitzer.

“Although she earned her Bachelor of Science degree in home economics at UC Davis some time ago — in 1958 to be exact — she never stopped thinking of UC Davis students as her classmates,” Hexter said.

He spoke before a luncheon and concert featuring student and faculty performers, and a four-handed piano performance by Greg Anderson and Elizabeth Joy Roe. One quartet included Alice Takemoto playing piano — she’s the sister and sister-in-law of Grace and Grant Noda, the first major donors toward the center. The lobby is named for the them.

The Empyrean Ensemble performed one of the first songs in the new center: “in the midst of it all,” a reprise of music professor Ross Bauer’s composition first performed at the groundbreaking ceremony in May 2014.

The celebration continued Friday and through the weekend, with concerts by Anderson and Roe, UC Davis jazz ensembles, and faculty and students, and a screening of Koyaanisqatsi, which has no words, only music by acclaimed composer Philip Glass.

John Pitzer, one of Ann E. Pitzer’s two brothers, said she would have enjoyed the space very much, and tried to guess how she would react to the event. 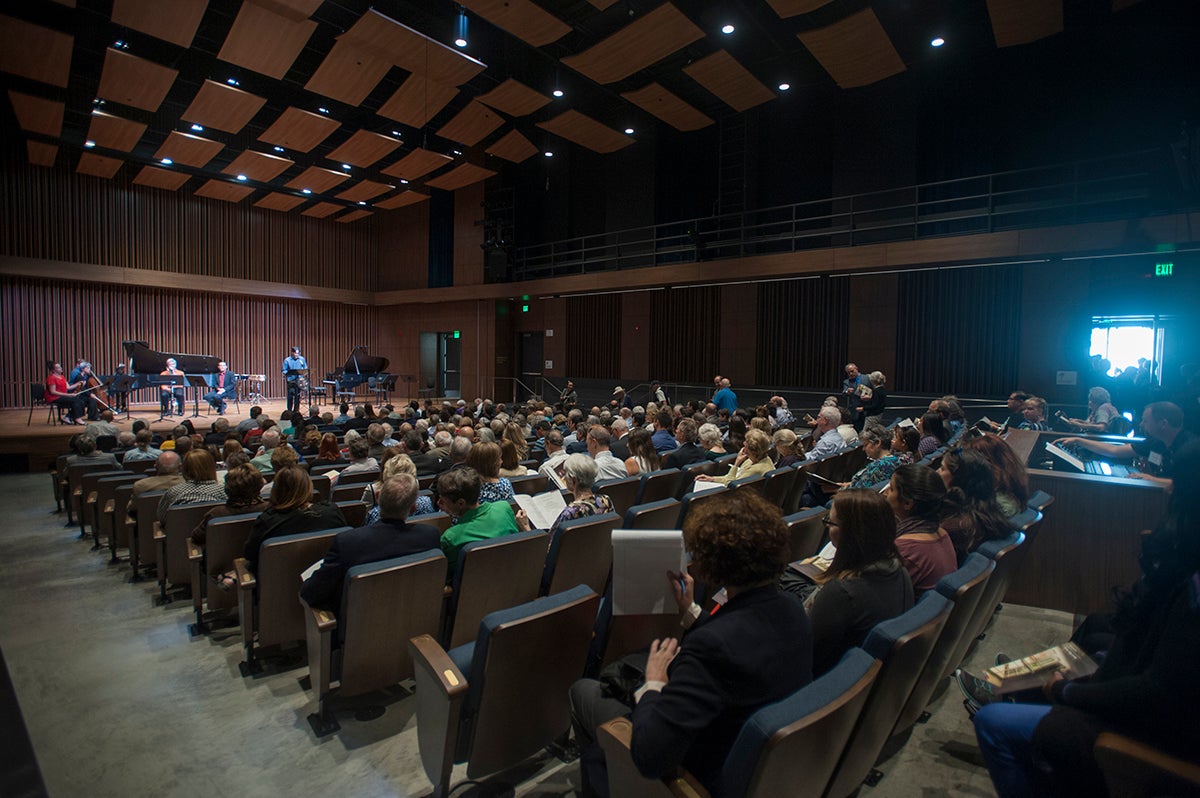 He also announced that the family’s foundation had just given a $100,000 gift to scholarships for students studying abroad, a cause Ann E. Pitzer supported with a $1 million gift in 2013.

The Recital Hall already has a busy schedule for the upcoming year, including the Department of Music’s traditional Thursday series: the Shinkoskey Noon Concerts, free and open to the public. The series debuts this week with the American Bach Choir, performing works by Bach, Byrd, Harris, Sandström and others, conducted by Jeffrey Thomas, the Barbara K. Jackson Professor of Music.

All Shinkoskey Noon Concerts for 2016-17 are listed on the Department of Music’s website.