The UC Office of the President got an early start on 2017 open enrollment by announcing new disability insurance options and expanded eligibility for such insurance, giving employees the opportunity to have greater financial peace of mind.

Under the existing set-up, the university pays for short-term disability insurance (providing up to 55 percent of your eligible monthly earnings, to a maximum of $800 per month, for up to six months), and gives employees the option of signing up for and paying for supplemental insurance. During open enrollment, if you have supplemental insurance, you can switch to either Voluntary Short-Term Disability or Long-Term Disability — otherwise, you will be enrolled automatically in both, giving you the most comprehensive coverage. Note: This change will affect how much you pay, so remember to consider your options during open enrollment and choose the coverage you want.

Read more on UCnet. Information on the new disability insurance options also will be included with your open enrollment packet.

UC Davis joined Amazon.com on Friday (Sept. 16) in celebrating the grand opening of Amazon@UC Davis, a store inside the Campus Store in the Memorial Union. The Amazon store serves as a secure location where customers — whether they be students, staff, faculty or nearby residents — can pick up orders and drop off returns.

“This is really an incredible addition to our campus and to our focus on students, staff and faculty,” Ken Burtis, acting provost and executive vice chancellor, said at the ribbon-cutting ceremony.

Burtis also noted the payoff from Amazon’s partnership with UC Davis: more than $150,000 in textbook scholarships to date. The money comes from UC Davis’ share of sales made through ucdavis.amazon.com — a source of funds that also supports student services.

The campus still has several other banks of Amazon lockers that customers can specify for deliveries, but those lockers are filled only once a day — thus, their capacity is limited. At the Amazon store, employees load and reload the lockers throughout the day.

Amazon has more than 3 million items that can be delivered with same-day shipping, the company’s Ripley MacDonald said at the grand opening.

‘We can see the water again!’

You’ve heard other people say it, and you’ve probably said it yourself, when walking in the western half of the arboretum: “We can see the water again!”

This is the result of the recent cleanup operation that cleared much of the waterway of algae and aquatic weeds that had more or less taken over. Workers from Loomis-based Fuentes Pond Maintenance spent 15 days in the waterway, including Lake Spafford and the large pond near Putah Creek Lodge.

The waterway’s eastern half is due for a much more extensive makeover — we’re talking major construction to fix the waterway’s lack of flow, which contributes to algae and weed growth.

There is little to no flow in the waterway because, well, it’s a pond, not a creek. Through a competitive bidding process, the campus has contracted with San Rafael-based Valentine Corp. to dredge and grade the waterway, creating a 15-inch elevation drop and building a series of concrete weirs between the waterway’s eastern end and Lake Spafford. The water will cascade over the weirs, and, at the point where the waterway opens into Lake Spafford, water will be pumped back to the eastern terminus, to maintain a constant flow.

The campus had planned to have construction begin in July, then August, but has now decided to wait until spring to take advantage of typically drier months. The contractor also needed a three- to four-month lead time for delivery of the pump.

“If we get a super wet year, it could get pushed back,” said Andrew Fulks, assistant director of the Arboretum and Public Garden. “These things happen when working in waterways.” 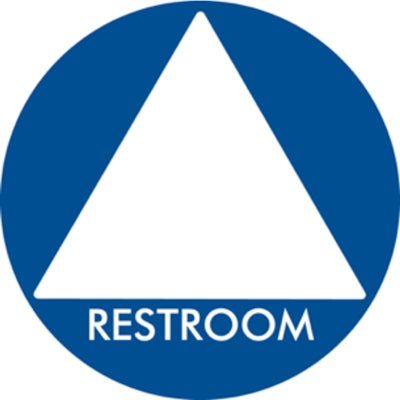 UC Davis Children’s Hospital has become the first hospital on the West Coast, and only the fourth in the nation, to earn American College of Surgeons’ verification at the highest level as a children’s surgery center.

The American College of Surgeons granted the Level I verification after sending in a survey team and receiving its report. The surveyors — experienced children’s surgeons, anesthesiologists and nurses — reviewed the hospital’s structure, process and clinical outcomes data.