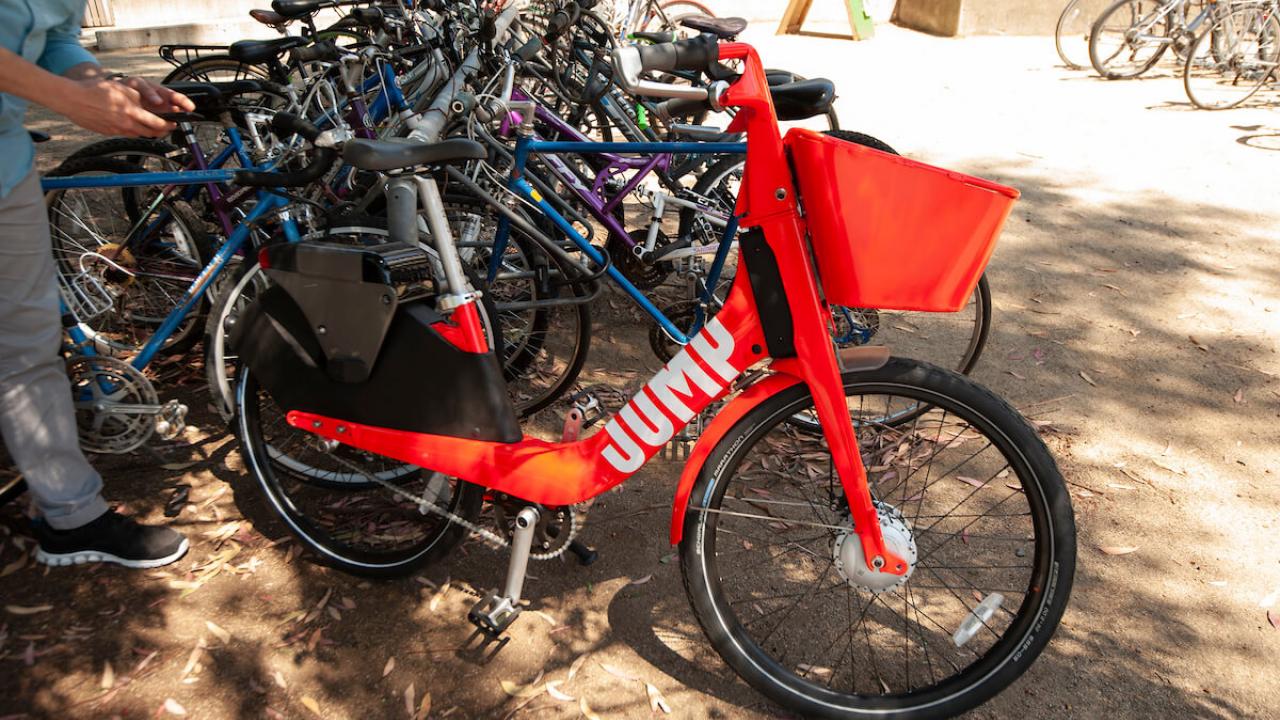 With membership, UC Davis affiliates receive an hour of time on the bright red bikes per day, with additional time charged at JUMPs standard rate of $1 per 15 minutes. (When you sign up for an annual membership, the JUMP Bikes app will indicate the discount is for “students,” when, in fact, the system will accept any @ucdavis.edu email address.)

Anyone who already has a JUMP Bikes account can switch through the mobile app or on the JUMP website.

“From what I can tell, it doesn’t seem as though any stored credit/value transfers over to reduce the cost of the subscription,” said Ramon Zavala, transportation demand manager for Transportation Services. “So, if you have any value left on your single-ride plan, use it up before switching membership levels.”

The Council on Student Affairs and Fees, or COSAF, recently voted to increase the number of undergraduate student voting members by two, bringing the total to 12.

“It is important to increase student representation and input into the use of student fees,” said Jessica Sandoval and Aaron Zheng, COSAF co-chairs. “We appreciate that administrators listened to our feedback about membership changes, and we look forward to receiving more support from administrators as we continue to improve our oversight of student fees.”

Chancellor Gary S. May said, “These membership changes reflect consultation between COSAF and campus staff and meet the intent of the recommendation from internal audit while honoring student feedback.

“I appreciate the valuable advice provided by COSAF,” the chancellor added. “Members dedicate a great deal of time learning about our campus’s assorted student fees and thoughtfully provide recommendations on inflationary adjustments and use of the fees.”

Read more about other changes to COSAF membership and the council’s responsibilities.

Stanford game kicks off at 11, will be on TV

Kickoff for UC Davis at Stanford on Saturday, Sept. 15, has been set for 11 a.m. Tickets for this away game are included in Aggie season ticket packages now on sale.

If you’re not going, but still would like to see the game, you’ll be happy to know you can watch it on Pac-12 television — as announced last week by Stanford and Pac-12 Networks.

UC Davis and Stanford first met on the gridiron in 1932 (Stanford prevailed, 59-0), then did not meet again until 2005 when the Aggies defeated the host Cardinal, 20-17, in one of the most memorable victories in UC Davis football history. The Aggies fell to the Cardinal, 45-0, in a repeat matchup in 2014, also at Stanford — and now comes the fourth “Farm vs. Farm.”

UC Davis Athletics also has relayed Cal Poly’s announcement of a 10:45 a.m. kickoff for the Battle for the Golden Horseshoe, Saturday, Oct. 20, in San Luis Obispo.

UC Davis previously announced kickoff times for the games it is hosting, all on Saturdays. The first couple of games, as usual, will be played in the evening, to avoid scorching temperatures. But this year’s early-season games, Sept. 8 vs. San Diego and Sept. 22 vs. Idaho, will start even later, at 7 p.m. (an hour later than last year), in response to fan feedback.

Aggie season tickets (including the five home games and the Stanford game) are available online. Questions about season tickets or looking for the staff discount? Call the ticket office at 530-752-2471.

The late Robert E. Chason, who had retired as chief executive officer of the UC Davis Medical Center and previously served as an administrator in Student Affairs on the main campus, will be remembered at a reception set for Tuesday, June 12, on the Sacramento campus.

Chason died May 8, 2017, at the age of 73 following a brief illness. Read his obituary in Dateline UC Davis.

The reception, hosted by Tom Nesbitt, interim vice chancellor of Human Health Sciences, will be from 4:30 to 6 p.m. in Betty Irene Moore Hall. The organizers recommend Parking Structure 2 at the corner of 49th and Y streets.

RSVPs are requested and can be arranged by email. Questions? Contact Elise Bryant by email or phone, 916-734-2828.