Election Day is the perfect time to note two recent honors for Matt Bishop, professor of computer science in the College of Engineering, perhaps best known for his work in election security.

Bishop conducts vulnerability analysis to make computing systems more secure. His research involves analyzing and modeling these systems to find and eliminate potential security issues. He has helped election officials in California and across the country vet their electronic voting systems and processes to find and fix security issues since 2003.

“Dr. Ustin is a true pioneer in advancing the application of remote sensing in understanding biodiversity, plant community characteristics, invasive species and land use,” the USGS said in its Oct. 27 awards announcement.

Ustin has served on several NASA mission science teams, trained a generation of scientists in the use of spectroscopy for ecological research. She is a fellow of the American Geophysical Union and the Ecological Society of America.

She directed the CaliforniaView program from 2002 to 2006, now led by UC Davis Professor Yufang Jin. CaliforniaView is part of the AmericaView Consortium, which received the Pecora group award in 2021.

Professor Gang Sun of the Department of Biological and Agricultural Engineering, known for his fiber and textile research using advanced polymer chemistry, recently received the 2021 Harold C. Chapin Award from the American Association of Textile Chemists and Colorists.

The award is named after the professor (Lowell Textile School, now the Lowell Technological Institute at the University of Massachusetts Lowell) who served as national secretary of the association for nearly 25 years.

Sun has been active in the association as an educational speaker and paper presenter. He has authored numerous peer-reviewed papers published in the AATCC Journal of Research and the AATCC Review and their predecessors. One of his papers received the 2006 J.W. Weaver Paper of the Year Award.

He has been a part of the AATCC Journal of Research since its inception in 2014 and has served as its editor in chief since 2019. Under his leadership, journal submissions have increased and been cited frequently, strengthening the value and rank of the journal among textile research publications.

He received the association’s Olney Medal in 2016 for outstanding achievement in textile science.

The Office of Strategic Communications has earned 29 Education Digital Marketing Awards for projects ranging from publications, blogs and social media, to advertising on the security bins that travelers use to pass their keys, cellphones and other metallic objects through airport X-ray machines.

This year’s competition, the 10th annual, drew more than 1,000 entries from universities, colleges and secondary schools around the country. The judging panel comprised education marketers, advertising creative directors and other marketing and advertising professionals.

The Office of Strategic Communications earned six golds, the top honor: one for “UC Davis Discoveries,” two for publications (the 2021 Annual Report and Dateline UC Davis), one for a blog and one for marketing, and one for an “office wrap” (graphic design) in the Office of Diversity, Equity and Inclusion, specifically the entry door and walls. 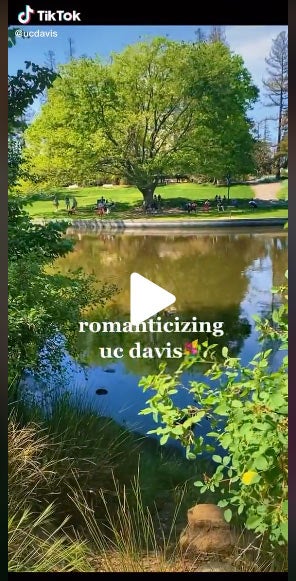 MARKETING — Two awards for the security bin project at Ronald Reagan Washington National Airport (gold for QR code content and silver for miscellaneous media), and silver for a COVID-19 safety digital ad, in the category of COVID-19 Response.

THE COLLEGE TOUR — The Office of Strategic Communications won two awards for its collaboration on the UC Davis episode of this national television show: silver for streaming, on-demand content; and bronze for total digital marketing.

OTHER UC DAVIS AWARDS, BY CATEGORY