The Office of Diversity, Equity and Inclusion made the announcement in conjunction with the university’s ADVANCE Program and its Center for the Advancement of Multicultural Perspectives in Science, or CAMPOS.

The announcement described some of what impressed the award selection committee about Chuah and De Loera, beyond their research: Chuah’s commitment to increasing opportunity for women in engineering and computer science through mentoring and extensive campus service, and De Loera’s tireless work to diversify the mathematics profession and increase opportunities for underprivileged populations.

An award symposium is planned for next year, giving Chuah and De Loera the opportunity to talk about their research and mentorship activities.

Chuah, who joined the Department of Electrical and Computer Engineering in 2002, is a leading researcher in the area of communication networks, with emphasis on internet measurements, routing and learning-based networked applications. She is the co-director of the newly formed Center for Data Science and Artificial Intelligence Research, or CeDAR.

“Through her extensive mentoring of women, campus service in the ADVANCE Mentorship and Networking Initiative, and service to the profession, Chuah has contributed greatly to increasing gender diversity and advancing the careers of members from underrepresented groups in STEM,” the award announcement states.

De Loera served as the faculty mentor to UC Davis’ Chicano and Latino Engineer and Scientist Society, or CALESS, for seven years, and has participated in mentoring events organized by the Center for Chicanx and Latinx Academic Student Success. He received the Chancellor’s Award for Outstanding Undergraduate Research Mentoring in 2013.

He joined the UC Davis faculty in 1998 and serves as the chair of the Graduate Group in Applied Mathematics. focuses his work at the intersection of combinatorics, discrete mathematics, optimization and computer science. He leads a 2-year-old effort to build a national network of Latinx mathematicians.

Jane-Ling Wang, distinguished professor of statistics, has received a Humboldt Research Award in recognition of her lifetime achievements in statistics.

The award honors researchers whose “fundamental discoveries, new theories or insights have had a significant impact on their own discipline and who are expected to continue producing cutting-edge achievements in the future.”

The award from Germany's Alexander von Humboldt Foundation includes a 60,000-euro prize and a travel stipend for a stay of six to 12 months in Germany, to work on research projects of her choice in cooperation with specialist colleagues.

The foundation, named after the nature researcher and explorer, scientist and patron (1769-1859), each year enables more than 2,000 researchers from all over the world to spend time doing research in Germany.

Cassandra Hart, an associate professor in the School of Education, has received a $48,000 grant from the Spencer Foundation to conduct a study this fall to evaluate the impact of the COVID-19 pandemic on students in California Community Colleges.

“California colleges went to unprecedented efforts to convert classes to remote instruction,” Hart said. “I hope this study will help us determine which approaches are most impactful in promoting successful online learning in challenging conditions.”

Hart is also a research affiliate at the Center for Poverty Research.

Read more about her project in this story by Lisa Howard of the Office of Research.

Misty D. Humphries, associate professor of surgery, has been selected for an academy aimed at helping STEM faculty from underrepresented backgrounds ascend to leadership roles at colleges and universities.

She is among 24 faculty members in the second cohort of the IAspire Leadership Academy, a project of the Aspire Alliance (formally known as the National Alliance for Inclusive and Diverse STEM Faculty). The National Science Foundation-backed alliance is working across post-secondary institutions to develop more inclusive institutional cultures supporting the access and success of all undergraduate STEM students, especially those from underrepresented groups.

The IAspire Leadership Academy operates under the alliance’s Institutional Change Initiative led by the Association of Public and Land-grant Universities and the University of Georgia.

Howard Gobstein, director of the Aspire Alliance and executive vice president at the Association of Public and Land-grant Universities, said: “More inclusive college and university cultures require diversity in faculty and university leadership, and this academy helps to support the next generation of university faculty and leaders.”

Creative Media and Aggie Studios, units of Associated Students of UC Davis, earned three gold ADDYS at the local level, and a gold and two silvers at the district level in the student division of the 2020 American Advertising Awards competition.

Here are the winning projects by category:

Creative Media and Aggie Studios’ ASUCD Rebrand included a new website, new mission statement and brand mantra, and unifying logos for the student government organization and all of its units, committees and commissions. 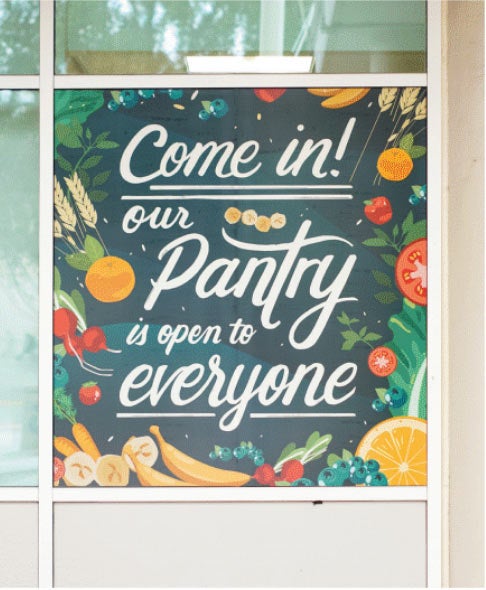 “The purpose of The Pantry Rebrand project was to bring greater awareness to The Pantry unit and show how ASUCD is committed to solving issues surrounding food insecurity,” said Aaron Garcia, project manager for Creative Media.

The Unitrans video provided education on a referendum to increase undergraduate student fees to better support the campus-city bus system, while also encouraging students to vote. The referendum passed with a record-breaking voter turnout last winter.

“Creative Media and Aggie Studios both do incredible work, in my opinion, but to hear from industry leaders that our work is on par with industry standards, and excels in the broader advertising student community is an incredible honor,” said Shubha Chakravarty, executive producer.