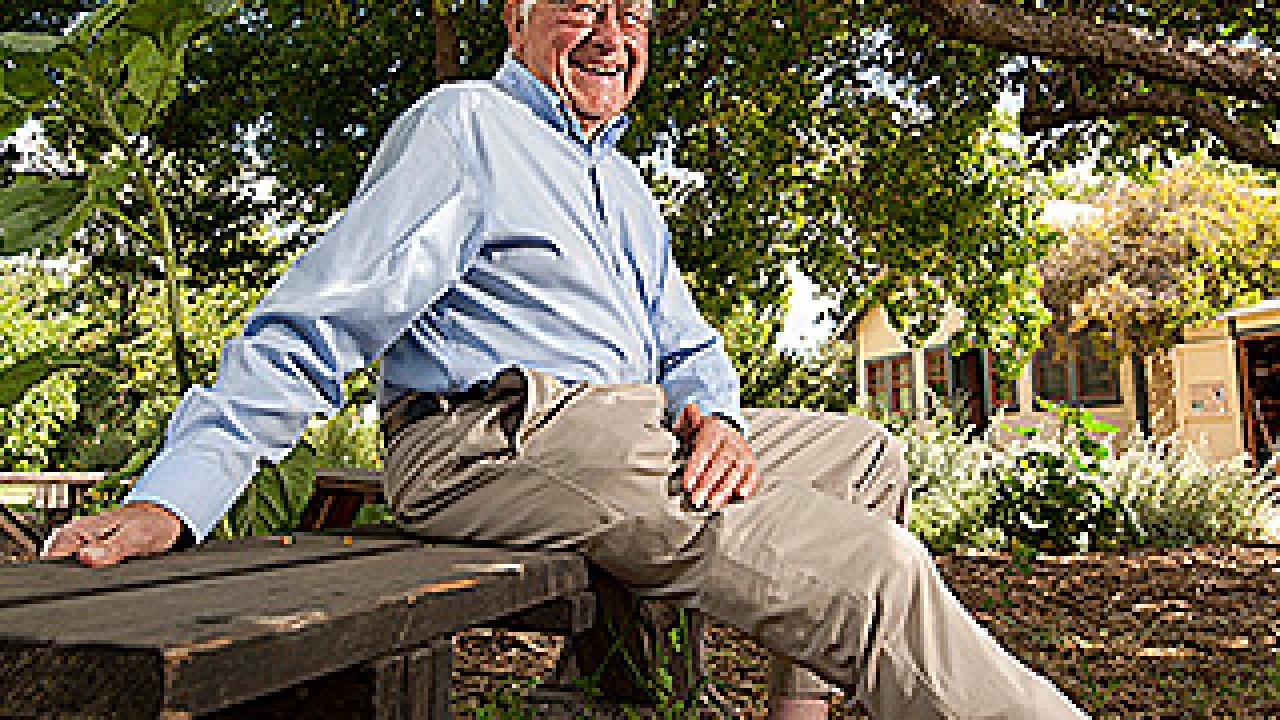 Charles E. Hess, longtime dean of the College of Agricultural and Environmental Sciences and a professor emeritus of plant sciences at the University of California, Davis, has been named the recipient of the 2014 UC Davis Medal.

The prestigious award, presented by UC Davis Chancellor Linda P.B. Katehi, is the premier accolade the campus bestows upon an individual. The awarding of the UC Davis Medal recognizes the very highest levels of distinction, personal achievement and contributions to the ideals of higher education on which UC Davis is founded.

The medal will be presented to Hess on the evening of June 12 during the UC Davis Medal Gala at the Robert Mondavi Institute for Wine and Food Science.

“No one is more deserving of this honor than Charley,” Katehi said. “UC Davis is the global leader in agricultural and forestry research due, in great part, to his vision and leadership.

“His service and dedication to UC Davis is unsurpassed, and his legacy reaches all over the world in the countless colleagues and students he has inspired, taught and mentored,” she said. “It is truly an honor to call him part of the UC Davis family.”

Hess, who received his undergraduate degree at Rutgers University and his master of science and doctoral degrees at Cornell University, has a storied career in science. He joined Purdue University in 1958, serving on faculty there until 1966.

He returned to Rutgers in 1966 as chair of the Department of Horticulture and Forestry and became acting dean of the Rutgers College of Agriculture and Environmental Sciences in 1971. He was named the founding dean of Rutgers’ Cook College in 1973.

UC Davis recruited him in 1975 to become dean of the College of Agricultural and Environmental Sciences.

Hess served as dean until 1989 when he was appointed by President George H.W. Bush to be the assistant secretary for science and education in the U.S. Department of Agriculture. Prior to that, he had two presidential appointments to the National Science Board, the governing board of the National Science Foundation.

Upon his return to campus in 1991, he served as the director of international programs. He also  has served as a special assistant to the provost and chancellor.

He retired in 1994 but has never stopped working for his profession, his college and the university community.

He facilitated the move of the U.S. Department of Agriculture’s Western Human Nutrition Center from San Francisco to UC Davis in 2003-04. Since 2006, he has served as chair of the U.S. Agency for International Development-National Academies Review Panel for the Pakistan-U.S. Science and Technology Cooperative Program. In addition, he has served the UC Davis administration in several capacities, most recently as interim vice chancellor of the Office of Research. Before that, he chaired the Department of Nutrition while it was in transition from 2007 to 2009.

He is a member of the Science Advisory panel of the Almond Board of California and in 2013 was inducted into the Horticulture Hall of Fame.

Each year in his honor, the Charles E. Hess Award is presented to two graduating seniors who have the most noteworthy records of public/community service while at UC Davis.