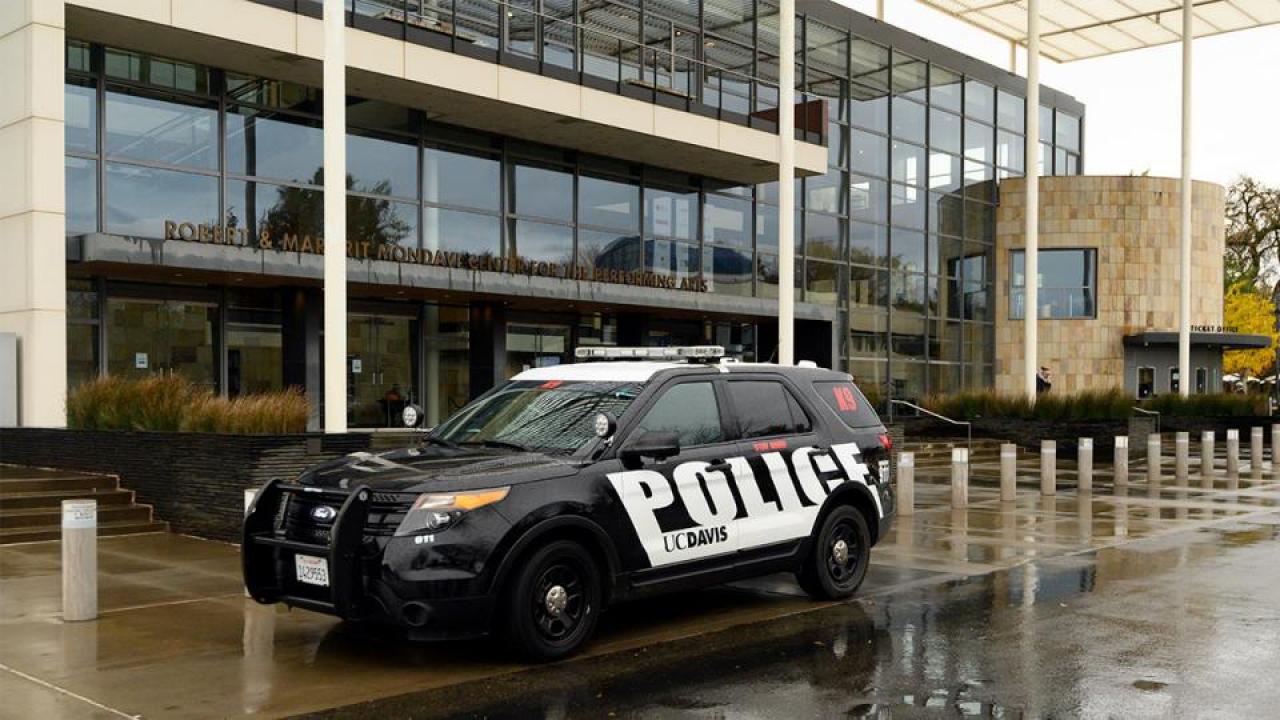 An assessment team from the the International Association of Campus Law Enforcement Administrators, or IACLEA, completed a successful site visit to the UC Davis Police Department last week without setting foot on campus.

Accreditation by the IACLEA signifies that a campus public safety agency is committed to excellence in all aspects of their operations. It shows that the agency is following state of the art standards while adapting its policies to its local community, said Police Chief Joe Farrow.

“With so much discussion about policing both in our community and around the country, IACLEA accreditation is one important step among many in putting us at the leading edge of campus security, with internationally recognized best practices,” Farrow said.

The assessors met — via Zoom — with officers and staff, heard about operations and procedures, took virtual tours of facilities and even joined officers for virtual ridealongs. They also met with related units including Emergency Management, the Police Advisory Board and CARE office, and received comments from members of the community.

“I’m very pleased with how this visit went — I think we gave them a very thorough view of who we are and how we work,” Farrow said. “I’d like to thank the many staff who made this work so smoothly.”

The assessors will now prepare a report for the IACLEA council, which will make a decision on accreditation early next year.

This is the first time the UC Davis Police Department has sought international accreditation. Farrow set it as a goal upon becoming police chief in 2017. The site visit follows a lengthy process of preparation, internal review and updating policies.

That process was led for the department by Kate Shasky, hired by Farrow in 2017. A UC Davis alumna, Shasky had previously worked in other roles on campus, but never in law enforcement.

“Being new to law enforcement gave me a fresh look from the perspective of a community member who wanted to contribute to the overall safety and wellbeing of everyone who comes to campus,” Shasky said. “Ensuring that our police department is performing in a way that best serves its community is an honor and I appreciate Chief Farrow and the department for allowing me this opportunity.”

Since 2011, the UC Davis Police Department has undertaken a series of reforms to increase transparency and accountability and bring the department closer to the community. These include an independent Police Advisory Board to review complaints and suggest policy changes, a student cadet program to create a route for UC Davis students to enter careers in law enforcement — including at UC Davis — and reforming practices on use of force and crowd control. More reforms are listed on the department’s website.