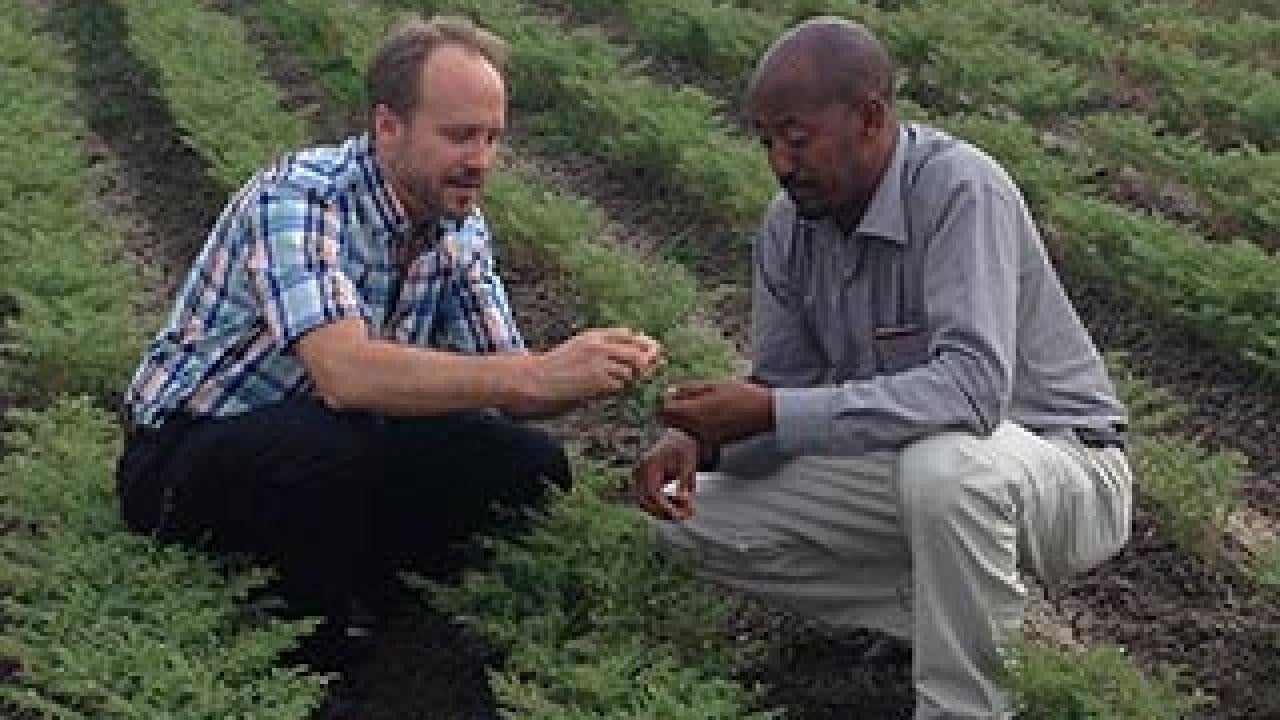 A new research effort, designed to improve the productivity of chickpea varieties by harnessing the genetic diversity of wild species, was launched today in Ethiopia through the federal Feed the Future Initiative and under the leadership of the University of California, Davis.

Feed the Future is the U.S. government’s global hunger and food security initiative.

The new, five-year, $4 million research program is especially important in the developing world, where the chickpea provides a crucial source of income, food security and nutrition to poor farmers — particularly women. Chickpea is the third most widely grown legume crop in the world, following soybean and bean, and it has the ability to capture and use atmospheric nitrogen, thus contributing to soil fertility.

“This project aims to develop the chickpea for increased resilience to climate stress and other high-value traits by expanding the range of genetic adaptations available to breeders,” said Doug Cook, a UC Davis professor of plant pathology and director of the project.

“Ultimately, we plan to improve the yield, climate resilience, nutritional value, and nitrogen-fixing properties of chickpea varieties selected in consultation with local farmers,” he said.

The potential gains in chickpea productivity are particularly significant in Ethiopia, the largest chickpea producer in Africa and the sixth largest in the world.  More than 1 million rural Ethiopian households cultivate chickpea, and the Ethiopian Agricultural Transformation Agency has planned to double the country’s chickpea production between 2010 and 2015.

Through this project, known as the Feed the Future Innovation Lab for Climate Resilient Chickpea, the researchers will combine advanced genomic technologies with analysis of plant traits to identify new and desirable genes harbored by chickpea’s closest wild relatives. They will then introduce these novel genes into Ethiopian breeding programs.

Cook noted that UC Davis’ role will be to provide scientific leadership and overall project coordination among domestic and international partners.  The UC Davis team has expertise in molecular biology and genomics and, together with partners, will drive efforts to understand the molecular-genetic basis of agronomic traits, ultimately delivering the corresponding genes through breeding into improved chickpea varieties.

The project provides a key opportunity to engage Ethiopian scientists and farmers in a global research effort to improve chickpea productivity. In addition to UC Davis and the United States Agency for International Development, the research consortium includes the Ethiopian Institute of Agricultural Research, the University of Southern California, Florida International University and Turkey’s Harran University.

It also builds on a global network of partnerships, with allied research activities occurring in Turkey, Australia and Canada. These efforts, along with funding for related research by the U.S. National Science Foundation, all combine to add approximately $8 million in funding and significantly enhance the project’s technical capacity and expertise.

The new Chickpea Innovation Lab is the latest of 24 USAID-funded Innovation Labs awarded under Feed the Future. More information is available at http://www.feedthefuture.gov.