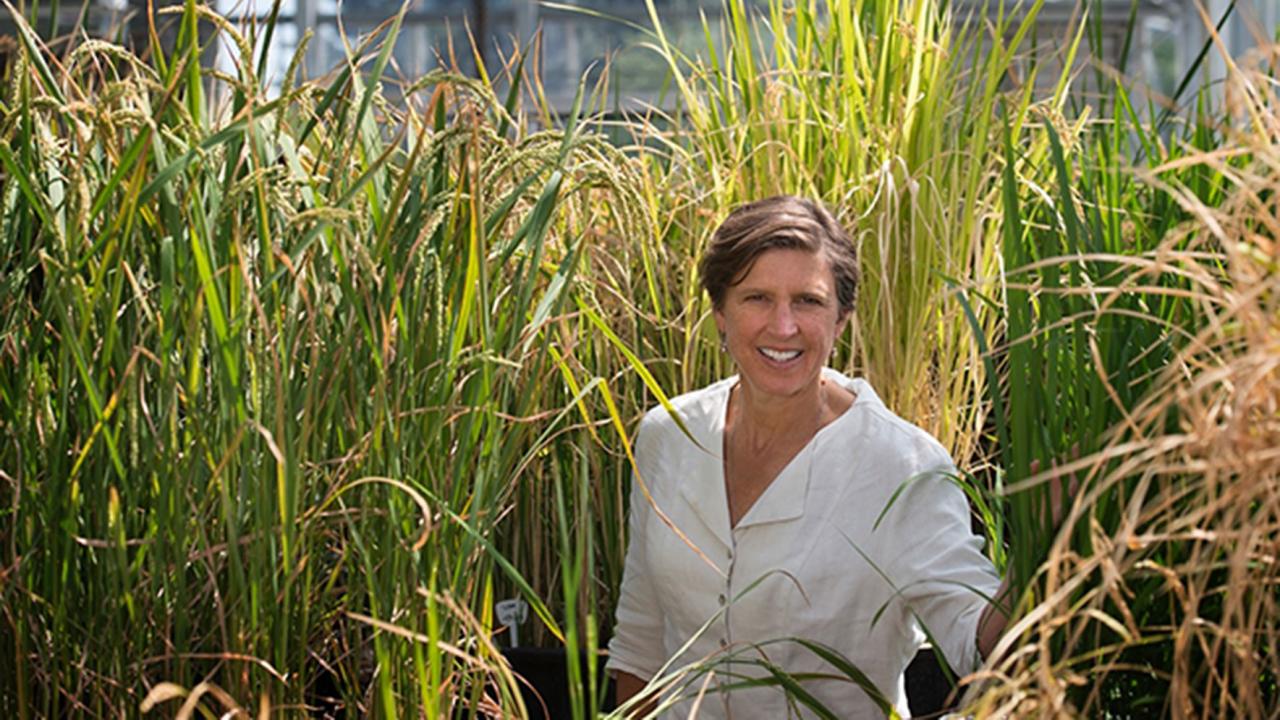 The Foundation for Food and Agriculture Research has awarded more than $1.7 million to University of California, Davis, researchers to identify genes responsible for drought tolerance in rice and test a new energy-efficient food-drying process.

A $1 million Seeding Solutions grant will go to a project to study the genetics of rice plants. The research is being led by principal investigator Pamela Ronald, distinguished professor in the Department of Plant Pathology in the College of Agricultural and Environmental Sciences and the Genome Center at UC Davis.

She and researchers at the University of North Carolina at Chapel Hill, and collaborators, will develop and implement a chemistry-driven gene discovery approach to identify rice genes that influence root growth. The project targets protein kinases, enzymes that control diverse biological process in plants, such as root architecture and drought response.

“Our aim is to identify genes that alter root growth in rice, a staple food for half the world’s people. Because root systems play an essential role in yield and drought tolerance, results of these studies are relevant to agriculture,” said Ronald.

The FFAR grant has been matched with funding from the UC Davis Innovation Institute for Food and Health, the Structural Genomics Consortium, AgBiome and Promega for a total $2.3 million investment.

“This project is a prime example of how public-private partnerships can advance our understanding of plant genetics to develop crops resistant to drought and other climate extremes,” said Sally Rockey, executive director of the Foundation for Food and Agriculture Research.

FFAR has also awarded $790,000 to UC Davis to test a new technology to improve the drying methods used in food production. Moisture must be removed from harvested agricultural products to safely preserve them prior to processing into food products.

Researchers will test an innovative moisture-absorbing technology called drying beads, instead of relying on heated air to dehydrate foods such as grains, nuts, rice and seeds. The beads absorb water without using heat, reducing the use of energy by up to 50 percent during the drying process. The beads are reusable and can be reactivated, which would reduce drying costs over time.

The research is being led by principal investigator Irwin R. Donis-Gonzalez, Department of Biological and Agricultural Engineering in UC Davis’ College of Agricultural and Environmental Sciences.

“Drying agricultural produce is an energy-intensive process, and it is imperative to find alternative means of drying for the enhancement of food quality, safety, and economical operations, while reducing food losses and waste,” said Donis-Gonzalez.

According to researchers, this technology could save more than 1.06 quadrillion kilojoules of energy annually in the U.S. This is about the same amount of energy it takes to provide electricity to residents of New York, California and Florida for one year.

The $790,000 FFAR grant has also been matched with funding from the UC Davis Innovation Institute for Food and Health, and the College of Agricultural and Environmental Sciences for a total $1.5 million investment.