A law professor’s talk next week on “Trans Rights and Fights in the Time of Trump” is among the first programs in the 2017-18 Campus Community Book Project.

Lectures, films, an exhibition, and book club meetings and other discussions are planned through February in connection with Redefining Realness: My Path to Womanhood, Identity, Love & So Much More, by Janet Mock.

Some of the events will be off-campus, including a “Gender, Youth and Activism” roundtable at Davis High School next week, in keeping with the book project’s mission to engage the wider community beyond students, staff and faculty.

Most events are free and open to the public. See the book project calendar, which will be updated as new programs are added.

Published in 2014, Redefining Realness relays Mock’s personal experiences growing up multiracial and transgender, offering her perspective on the challenges she faced and how she achieved acceptance and self-realization. She’ll be at UC Davis on Feb. 5 for a free forum and an evening talk at the Mondavi Center for the Performing Arts. 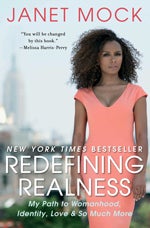 In announcing the book selection, Dateline UC Davis quoted Janet Mock as writing: “I believe that telling our stories, first to ourselves and then to one another and the world, is a revolutionary act. It is an act that can be met with hostility, exclusion and violence. It can also lead to love, understanding, transcendence and community.” Click this box to read the Dateline story. Redefining Realness is available at UC Davis Stores for the discounted price of $10.50.

The book project encourages people to not only read the book, but also participate in the many programs that have been scheduled (with more to come), from Davis to Sacramento, and, most important, discuss the book among themselves. That was the impetus for the book project in the aftermath of the 9/11 terrorist attacks, to get people talking about a book that many of us are reading at the same time, and to acknowledge that not all of our opinions will be the same, and yet we can still be respectful of one another.

Now in its 16th year, the Campus Community Book Project invites nominations annually on different themes. Mock’s book emerged as the selection from among nominations on the theme of “the intersection of racial and LGBTQIA (lesbian, gay, bisexual, transgender, queer, intersex, asexual) identities.” See all the books since the first year, 2002-03.

The Interprofessional Book Club at the Betty Irene Moore School of Nursing will devote four meetings to Redefining Realness, noon to 1 p.m. Fridays, Oct. 6, Nov. 17, Dec. 1 and Jan. 19, in 1204 Education Building on the Sacramento campus.

Other book club events are being held on the Davis campus:

Beyond the Book Club, a student organization, will discuss Redefining Realness at a meeting scheduled from 6 to 7:30 p.m. Wednesday, Nov. 8, Garrison Room, Memorial Union (second floor).

The Women’s Resources and Research Center will launch its new book club with two discussions of Redefining Realness, 5:30 to 7:30 p.m. Wednesdays, Jan. 10 and 24, in the Joy Fergoda Library at the WRRC in North Hall.

Here are Mock’s scheduled events on campus on Monday, Feb. 5:

The Forum @ MC — Panel discussion, 4-5 p.m., Jackson Hall, Mondavi Center for the Performing Arts. Free and open to the public.

The evening program will include a question-and-answer session moderated by Scott Syphax, president of Syphax Strategic Solutions, and the host and co-executive producer of Studio Sacramento on Sacramento's PBS affiliate, KVIE.