What Can’t You Do With a Math Major? 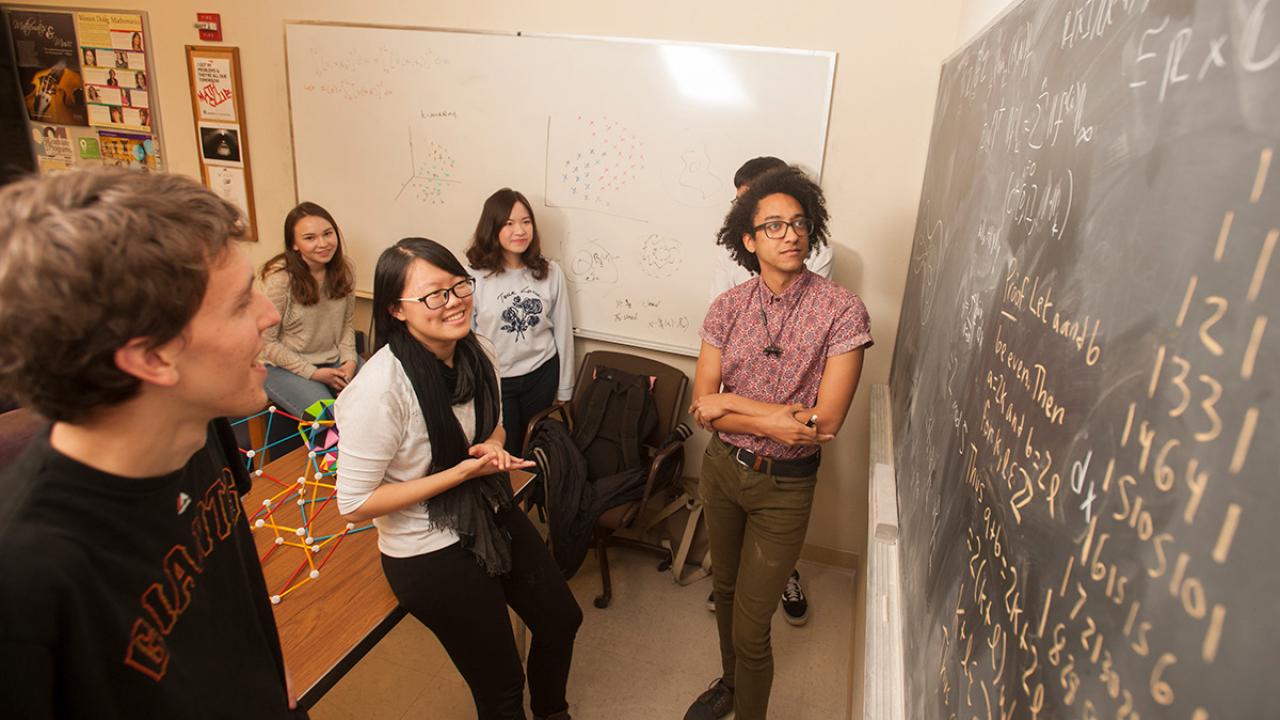 Although being a mathematician or an educator readily comes to mind as a career choice for a math major, I suggest that students think broadly. Many math majors go on to careers in patent law, software engineering, data science, financial analysis and economics. These majors also work in biotechnology, national security, market research, astronomy and space exploration.

Why is there so much career flexibility as a math major? Employers want people who are smart and grounded in their field. But typically, they want more than that: They want someone to design models, to answer hard questions and to figure out what the right questions are.

In sum, there is virtually no career that wouldn’t suit a math major. Today’s employers want to hire someone who has the ability to think independently, creatively and critically. A math degree gives you the training to do this.

Another reason studying mathematics gives you a wide array of career choices: It’s everywhere. Any complex system can be analyzed using mathematics, which means math arises in health care, business, marketing and even entertainment.

Mathematicians work with sports teams, helping them plan the most efficient travel route and transportation for away games as well as analyzing player statistics — remember Moneyball?

The proliferation of ways to measure things — the stock market, web analytics, geographic records — means businesses are drowning in data. This has led to a new class of engineer, the data scientist, whose job it is to perform the sophisticated mathematical gymnastics required to extract actionable information from a mass of numbers. Getting a degree in mathematics is one path toward becoming a data scientist.

Graduate schools in business, law and medicine think mathematics is a great major because it develops analytical skills and the ability to work in a problem-solving environment. Admission exams support this — math majors score higher on the the Law School Admission Test (and other standardized tests) than most other majors.

If you enjoy teaching, consider being a math major. We need people to teach the next generation of students in mathematics and critical thinking. An August 2017 CNN story reported that 48 states reported a shortage in math teachers; in fact, shortages for math teachers topped the list among the top five subjects needing more teachers across the nation.

Mathematician ranks No. 1 in job satisfaction

In data from JobsRated.com (now CareerCast) as reported in the Wall Street Journal, mathematicians have reported the highest rate of satisfaction based on criteria such as work environment, income and job prospects in past years. Careers in mathematics rank highly in the reports on top jobs, with statistician, mathematician and data scientist all in the top 10 consistently over the past several years.

For all these reasons, a degree in math is a smart choice. Math professors like me also think doing mathematics is a lot of fun.

About the UC Davis Department of Mathematics

Get Research Experience in Math

You can apply for undergraduate research opportunities or work with math faculty in one of our campus programs:

Interested in teaching? Get classroom experience in the CalTeach/MAST (UC Davis CalTeach/Mathematics and Science Teaching Program) program or by becoming an undergraduate learning assistant in calculus courses.

For current students thinking about changing their majors and looking at mathematics, we sponsor activities such as Career Night to excite them about the subject and introduce them to the UC Davis math culture and community.

Gabriel Freund ’17 earned his bachelor’s in applied mathematics and had a student internship on campus that gave him a career direction. Since graduating, he moved back home to Oakland, but continues to work remotely in the Arsuaga Vazquez Topological Molecular Biology Lab. The lab where Gabriel worked as an undergraduate is run by Javier Arsuaga, a professor of mathematics and molecular, and cellular biology, and Mariel Vazquez, a professor of microbiology and molecular genetics, and mathematics.

“What’s interesting is this project [the animation created as an undergraduate for the Arsuaga Vazquez lab] is mathematical in essence,” Gabriel says, “but is inspired by molecular biology and polymer physics.” He presented a poster on his group’s work at the Young Mathematicians Conference at Ohio State and the Undergraduate Research Conference at UC Davis.

Gabriel is deciding whether to go to graduate school or work in industry for a few years. In reflecting on his undergraduate education, he recognizes that math has opened doors to many career fields:

“I wanted the synergy of computational skills, knowledge of mathematical theory and science. In addition to my foundation in mathematics, I was able to study biology, chemistry, physics and computer science,” he says. “Although I only had one degree, my exposure to many different fields has helped me to become well-rounded.”

A job at the Federal Reserve

Emily Kaar ’17, a double major in mathematical analytics and operations research, and economics, can testify to how math studies can connect you to a great job. She was hired soon after she graduated to work as a policy analyst at the Federal Reserve Bank of San Francisco. Emily credits her internship in Washington, D.C., with the Federal Aviation Administration with giving her a step up in obtaining her new employment.

“I worked 30 hours a week and took one class. There was a great internship staff that helped me navigate the work world, find a little extra support in how to deal with awkward office politics, understand managerial egos and learn what ‘business casual’ means.”

The math department is set up for student support. Our undergraduates use the department’s Calculus Room — open daily — as a lounge to congregate and study. They also can find peer tutoring at the STEM Café.  By participating in our active Math Club, students can watch math films, play games, get career advice and learn how to apply to grad school. Join the Math Club's Facebook page to learn more.

We also have an amazing and supportive undergraduate advising program with academic staff advisors, as well as a team of faculty advisors and a peer advisor.

Interested in learning more about math as a major? Check out seven cool facts about math and statistics at UC Davis. And get to know us by liking our department's Facebook page.

Monica Vazirani is a professor of mathematics, and her favorite class to teach is algebra. She studies combinatorial representation theory — the study of symmetry.