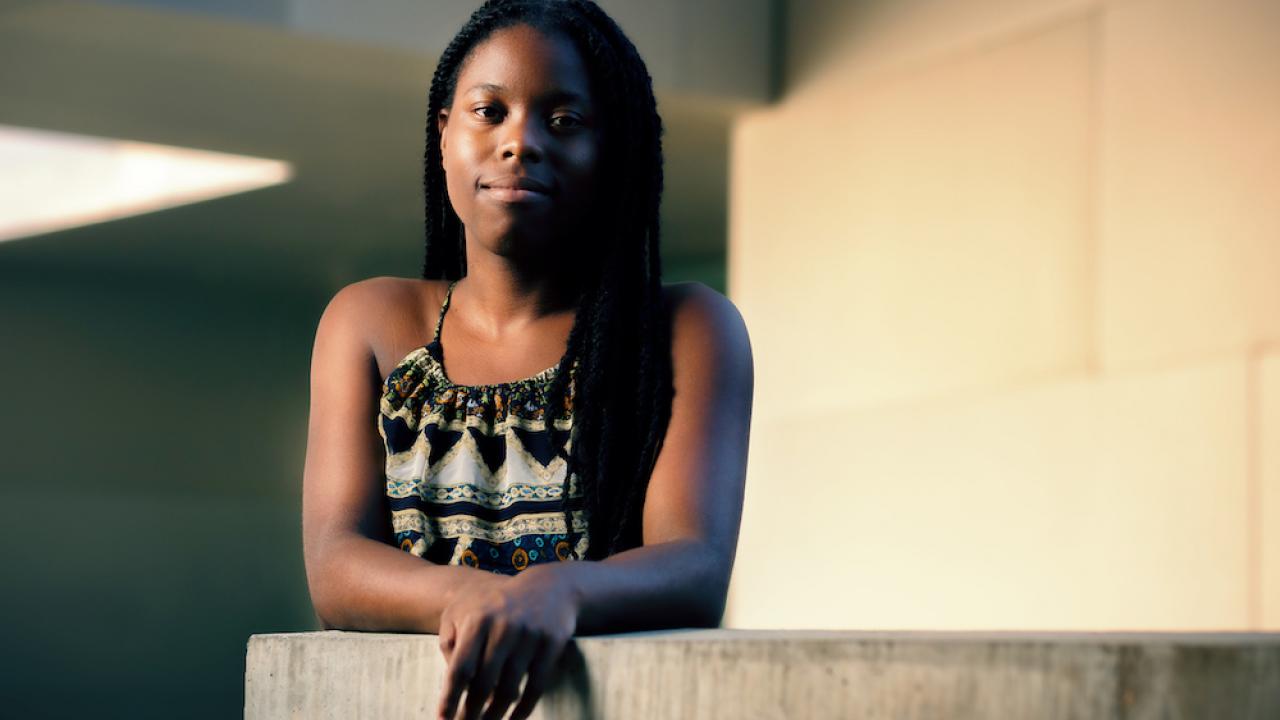 Tiana Williams describes her time in the UC Davis Department of African American and African Studies as “opportunity after opportunity. The doors are open even if they’ve never seen you before.”

“It was all very hands-on and interdisciplinary,” she said. “It went way beyond the classroom.”

Williams got involved with Beyond the Stats, a group for students impacted by the criminal justice system; did public affairs reporting at KDVS; and was a video editor for the Department of Theatre and Dance’s adaptation of The Bluest Eye. She has produced several short documentaries that highlight social justice issues, including Transformation from the Inside Out and Alexis Brown: Taking the Knee.

Williams was also part of the McNair Scholars program that encourages underrepresented students to pursue doctoral degrees. As a McNair Scholar, she completed a project investigating the prisoners’ rights movement of the 1970s, which she presented at conferences and for which she was awarded the UC Davis Provost Undergraduate Fellowship. She is now a graduate student in film studies at the University of Southern California.

“I thought it might be out of my league, but wanted to take the opportunity and inspire others,” said Banks, who works in the insurance industry and lives in Sacramento.

“One thing I loved about our department is it was very easy to get access to our professors and advisors. Also, the upper level class size was intimate, which allowed us to have important discussions which in some departments would not be possible. Both of those helped in my college success and overall long term goals because the access made it so much easier for me to find the clarity I needed in regards to courses.”

Banks has a passion for exploring, celebrating and promoting what he calls “Afro culture” and worked with existing campus organizations and started others. He also has a passion for farming and lived in two of the student co-ops, which have extensive gardens maintained by the residents. The co-ops also provided a place for discussions and activism around social and political issues. Those involvements and interests also meshed with his academics.

“I was able to do research on Afro farmers,” he said.

Banks plans to purchase land and develop a collective farm with some of those people he lived and worked with at UC Davis.

“It would be a homestead where we can grow food and feed the community,” he said.

Like Banks, La’Nae Jackson was encouraged to apply to UCs. A third-year student, she enrolled as a psychology major. After two classes in the African American and African studies department, she picked it as a second major.

“I just had a feeling — I think it was the closeness we developed in classes,” said Jackson, who grew up in Antioch, California. “With the smaller classes, you were given the opportunity to hear the thoughts of other students. One thing I was quickly drawn to was the class size and communication you have with the professors.”

She has found her two majors go hand-in-hand.

“I constantly find parallels in subject matter and concept,” said Jackson, who plans to attend graduate school and become a community-based therapist. “I really go back and forth. There is an interdisciplinary nature of the program that encourages that.”