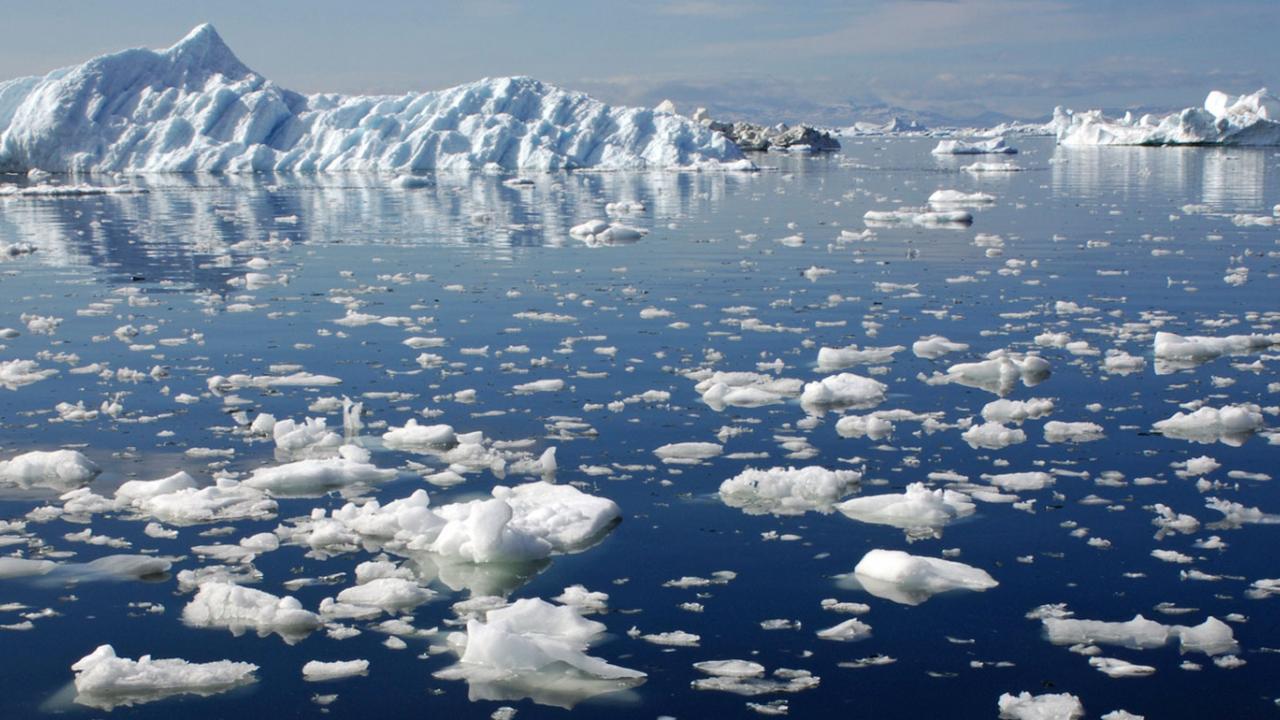 A new study describes a period of rapid global climate change in an ice-capped world much like the present — but 304 million years ago. Within about 300,000 years, atmospheric carbon dioxide levels doubled, oceans became anoxic, and biodiversity dropped on land and at sea.

“It was one of the fastest warming events in Earth’s history,” said Isabel Montañez, distinguished professor in the Department of Earth and Planetary Sciences at the University of California, Davis.

Although several other “hyperthermal,” or rapid warming events, are known in Earth’s history, this is the first identified in an icehouse Earth, when the planet had ice caps and glaciers, comparable to the present day. It shows that an icehouse climate may be more sensitive to changes in atmospheric carbon dioxide than warmer conditions, when CO2 levels are already higher. The work is published this week (May 2) in Proceedings of the National Academy of Sciences.

Montañez’s lab has studied the period from 300 million to 260 million years ago, when Earth’s climate went from a glacial icehouse to a hot, ice-free greenhouse. In 2007, they showed that the climate swung back and forth several times during this period.

More recently, Montañez’s team and others have been able to home in on a transition 304 million years ago, the Kasimovian–Gzhelian boundary, or KGB. They used multiple proxies, including carbon isotopes and trace elements from rocks and plant fossils, and modeling to estimate atmospheric CO2 at the time.

The researchers estimate that about 9,000 gigatons of carbon were released into the atmosphere just before the KGB.

“We don’t have a rate, but it was one of the fastest in Earth’s history,” Montañez said. That doubled atmospheric CO2 from approximately 350 parts per million, comparable to modern pre-industrial levels, to about 700 ppm.

One of the consequences of global warming is marine anoxia, or a drop in dissolved oxygen in the ocean. Melting ice caps release fresh water onto the ocean surface, creating a barrier to deep water circulation and cutting off the supply of oxygen. Without oxygen, marine life dies.

Lack of oxygen leaves its mark in uranium isotopes incorporated into rocks forming at the bottom of the ocean. By measuring uranium isotopes in carbonate rocks in present-day China, the researchers could get a proxy for the amount of oxygen — or lack of it — in the ocean when those rocks were laid down.

About 23% of the seafloor worldwide became anoxic dead zones, they estimate. That lines up with other studies showing big losses in biodiversity on land and at sea at the same time.

The effect of carbon release on ocean anoxia was significantly greater than that seen in other studies of rapid warming during “greenhouse” conditions. That may be because the baseline level of atmospheric CO2 was already much higher.

“If you raised CO2 by the same amount in a greenhouse world, there isn’t much effect, but icehouses seem to be much more sensitive to change and marine anoxia,” Montañez said.

The massive carbon release may have been triggered by volcanic eruptions that tore through carboniferous coal beds, Montañez said. The eruptions would also have started fires, and warming may have melted permafrost, leading to the release of more organic carbon.