‘Reading the Past Across Space and Time’

Interim Chancellor Ralph J. Hexter and another faculty member, Brenda Deen Schildgen, are the co-editors of a new book of essays, Reading the Past Across Space and Time: Receptions and World Literature, published in the Palgrave Macmillan US series Geocriticisms and Spatial Literary Studies.

Schildgen wrote two of the book’s essays, “Reading the Past Across Space and Time: Receptions and World Literature” and “Reception Configurations: The Case of European Epic in India.” Hexter contributed “Epic Worlds.”

The book jacket states: “Featuring leading scholars in their fields, this book examines receptions of ancient and early modern literary works from around the world (China, Japan, Ancient Maya, Ancient Mediterranean, Ancient India, Ancient Mesopotamia) that have circulated globally across time and space (from east to west, north to south, south to west).

“Beginning with the premise of an enduring and revered cultural past, the essays go on to show how the circulation of literature through translation and other forms of reception in fact long predates modern global society; the idea of national literary canons have existed just over a hundred years and emerged with the idea of national educational curricula.

“Highlighting the relationship of culture and politics in which canons are created, translated, promulgated, and preserved, this book argues that such nationally-defined curricula were challenged by critics and writers in the wake of the Second World War.”

Schildgen is the author of more than 50 articles focused on Dante, Petrarch and Boccaccio, as well as Chaucer, Augustine and biblical hermeneutics. Her most recent books include Divine Providence, A History: Bible, Virgil, Orosius, Augustine and Dante; Heritage or Heresy: Destruction and Preservation of Art and Architecture in Europe; and Other Renaissances: A New Approach to World Literature.

Hexter has published on Homer’s Odyssey, Virgil’s Aeneid, the reception of Ovid, and the intersections of the history of scholarship and sexuality. 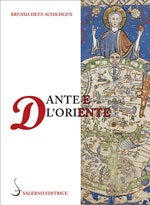 New in the Social Sciences