From faculty of the College of Letters and Science, books about smellscapes and Chinese art collecting, plus an ethnographer’s journey and a volume of letters between writers in the time of the pandemic. 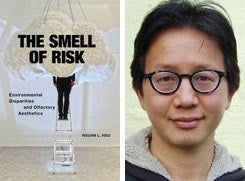 Says the publisher: “Reading everything from 19th-century detective fiction and naturalist novels to contemporary performance art and memoir, Hsu takes up modernity’s differentiated atmospheres as a subject worth sniffing out. From the industrial revolution to current-day environmental crises, Hsu uses ecocriticism, geography, and critical race studies to, for example, explore Latinx communities exposed to freeway exhaust and pesticides, Asian diasporic artists’ response to racialized discourse about Asiatic odors, and the devastation settler colonialism has reaped on Indigenous smellscapes. In each instance, Hsu demonstrates the violence that air maintenance, control, and conditioning enacts on the poor and the marginalized.” 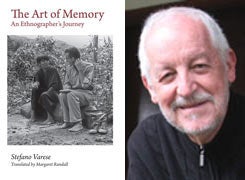 Says the publisher: “Combining personal and family recollections with incisive accounts of academic, political and institutional experiences, The Art of Memory offers a remarkable account of the life of one of the foremost Latin American ethnographers and a leading expert in Indigenous cultures, peoples and cosmologies. Varese narrates the story of his journey from Italy to Peru, his formative years as an anthropologist and the critical work he did with Amazonian communities in the 1970s, his transformation into an activist scholar, his move to Mexico and his long-standing commitment with the peoples of Oaxaca, and his life as an academic in the United States.” 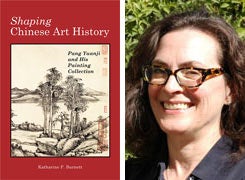 Says the publisher: “Analysis of Pang’s collection reveals not only his personal taste but also how his taste was an expression of the Qing dynasty canon. ... When Pang’s renowned collection became a source for object acquisition by U.S. collectors and museums new to Chinese art (especially Charles Lang Freer and the Freer Gallery), this taste was inevitably absorbed and disseminated through museum exhibitions and scholarly research and teaching. The inadvertent effect of this was that the new field of Chinese art history developed around the Qing canon, a canon that survived well into the latter half of the 20th century. Knowing about Pang Yuanji and his collection thus helps readers better understand some of the forces at work in shaping Chinese art history today.” 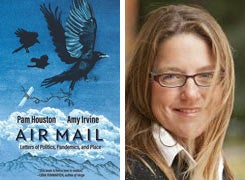 Houston and Irvine, a writer and long-time public lands activist, had never met at the time they began corresponding during shelter in place in Colorado — a correspondence, according to the publisher, based on their shared devotion to the rugged, windswept mountains that surround their homes on either side of the Continental Divide. “As the numbers of infected and dead rose and the nation split dangerously over the crisis, Houston and Irvine found their letters to one another as necessary as breath. Part tribute to wilderness, part indictment against tyranny and greed, Air Mail: Letters of Politics, Pandemics and Place reveals the evolution of a friendship that galvanizes as it chronicles a strange new world.”