Zeroing in on Our Environmental Goals 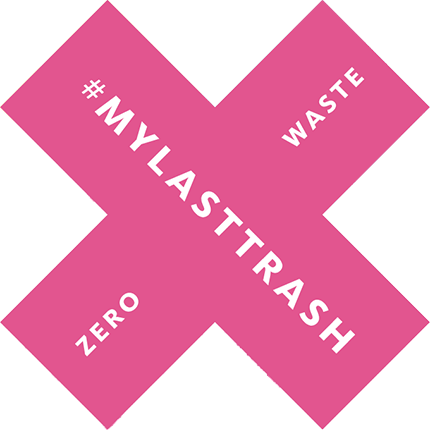 Could your next piece of trash be your last? That’s the question UC hopes you’ll ask yourself every time you toss something away, so as to help UC achieve its goal of zero waste by 2020.

That would mean a population of around 500,000 students, staff and faculty, plus countless visitors every year, sending next to nothing to landfills. It’s not a small challenge, but UC has made big strides, already diverting 69 percent of its waste from landfill. As with many great challenges, however, the last mile is the hardest.

“What we need is a collective push to get us across the finish line,” said Hilary Bekmann, associate director of sustainability for the UC system. To get that push, UC has launched its #MyLastTrash campaign, asking students, staff and faculty to:

The Environmental Protection Agency on Monday (Oct. 23) honored the UC system as a “Green Power Leader” for 2017 — and UC Davis was a major contributor to this achievement. The recognition comes as UC strives for net-zero greenhouse gas emissions from its buildings and vehicle fleet by 2025, something no other major university system has done.

The UC system also has a goal of zero waste — and has launched the #MyLastTrash hashtag (or should it be a “trashtag”?) to aid the cause. See story in box.

The EPA based its Green Power Leadership Awards on statistics from 2016, when all of UC boasted on-campus solar generation of 36 megawatts. UC Davis produced almost half of that, primarily from the 16.3-megawatt solar farm on 62 acres south of Interstate 80.

Fittingly, David Phillips accepted the EPA award on behalf of UC. He served as the Davis campus’s director of utilities during the planning and construction of the solar farm, which went online in 2015. He has since moved to UC headquarters as associate vice president of energy and sustainability — and it was in that role that he attended the awards ceremony. It took place during the during the Renewable Energy Markets Conference in New York City.

Getting more from the sun

UC originally planned a long-term contract to buy all 60 megawatts of power from a single solar farm, Five Points, in Fresno County. Then, UC Davis upsized the project to 80 MW (60 from Five Points and 20 from Giffen), and, as a result, the campus gets a greater share of the power. Five Points came online last November and Giffen in August of this year.

Here’s the bottom line for UC Davis as of today: More than half of the campus’s supply of electricity is carbon-neutral, with 15 percent coming from hydropower (Western Area Power Administration), 14 percent from on-campus renewables (solar power and biodigester) and about 23 percent from off-campus solar (the Central Valley farms), according to David Trombly, senior engineer in the utilities division.

UC Davis’ green power statistics for 2016 show on-site production and off-campus purchases of 45.5 million kilowatt hours, or 36 percent of the UC total of 128 million kWh. Further, the UC system as a whole ranked fourth in the EPA’s tracking of on-site green power generation, behind Walmart, Apple and the Department of Energy.

The awards are given in five categories. UC received one of eight Excellence in Green Power Use Awards; the University of Tennessee at Knoxville was the only other university to be honored in this category.

Commenting on the EPA award, Napolitano said: “I am excited about the leadership role that University of California campuses and medical centers are playing in accelerating the transition to renewable energy. It’s the right thing for us to be doing, both environmentally and economically. Clean energy technologies are creating jobs, benefiting local communities and helping us shrink our carbon footprint.”

Phillips acknowledged that the 2025 carbon-neutrality goal is ambitious, but noted that UC has 13 megawatts of additional solar power in development, and the campuses are thinking creatively about how to succeed.

“Cost-effectively cutting emissions requires both on-campus action and systemwide collaboration, and this is showcased in UC’s work to develop new renewable energy supplies,” he said.

The UC Office of the President contributed to this report.