Chancellor May and William Shatner to Share Stage May 11

Chancellor Gary S. May makes no secret of his Star Trek fandom — he lists it as one of his early influences to pursue engineering, posed for a photo shoot at Georgia Tech wearing a uniform from the series, and asked staff members if a forthcoming computer gaming center at UC Davis would carry a 2017 Star Trek strategy game. 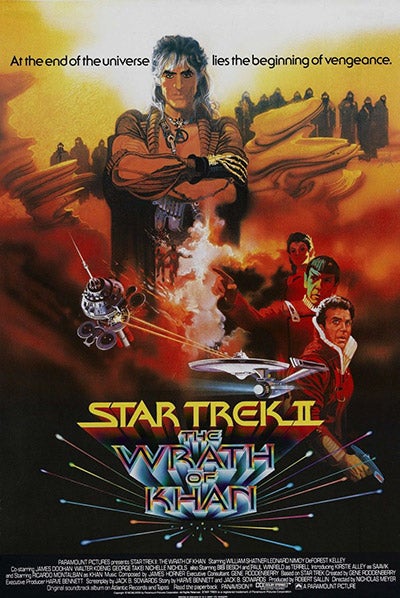 The event will begin with a screening of the 1982 film Star Trek II: The Wrath of Khan, culminating with a conversation between May and Shatner.

“Star Trek has been a huge influence in my life,” May said. “Our new UC Davis strategic plan is imbued with the same type of adventurous spirit that inspired the crew of the Enterprise to seek out new life and civilizations. That’s why it’s called ‘To Boldly Go.’”

The event is part of a national tour by Shatner, and he'll stop in San Rafael a few days later.

This isn’t the first star-studded Chancellor’s Colloquium May has hosted: Previous events have featured Alan Alda, an actor who now advocates for clearer science communication; GZA, a founding member of the Wu-Tang Clan who uses hip-hop in science education; and Matthew Desmond, author of Evicted, a look at housing affordability and poverty.

Like the other events, The Wrath of Khan screening will give attendees the opportunity to ask questions of Shatner and May.

Tickets for the May 11 colloquium go on sale today (March 5) for Mondavi Center subscribers; Wednesday (March 6) for faculty, staff and students; and Friday (March 8) for the general public. Prices range from $55 to $125; all faculty and staff get a 10 percent discount, and those who are subscribers receive 25 percent off. Students receive half off.

Attendees can also purchase a ticket to pose for a photo with Shatner for $125.