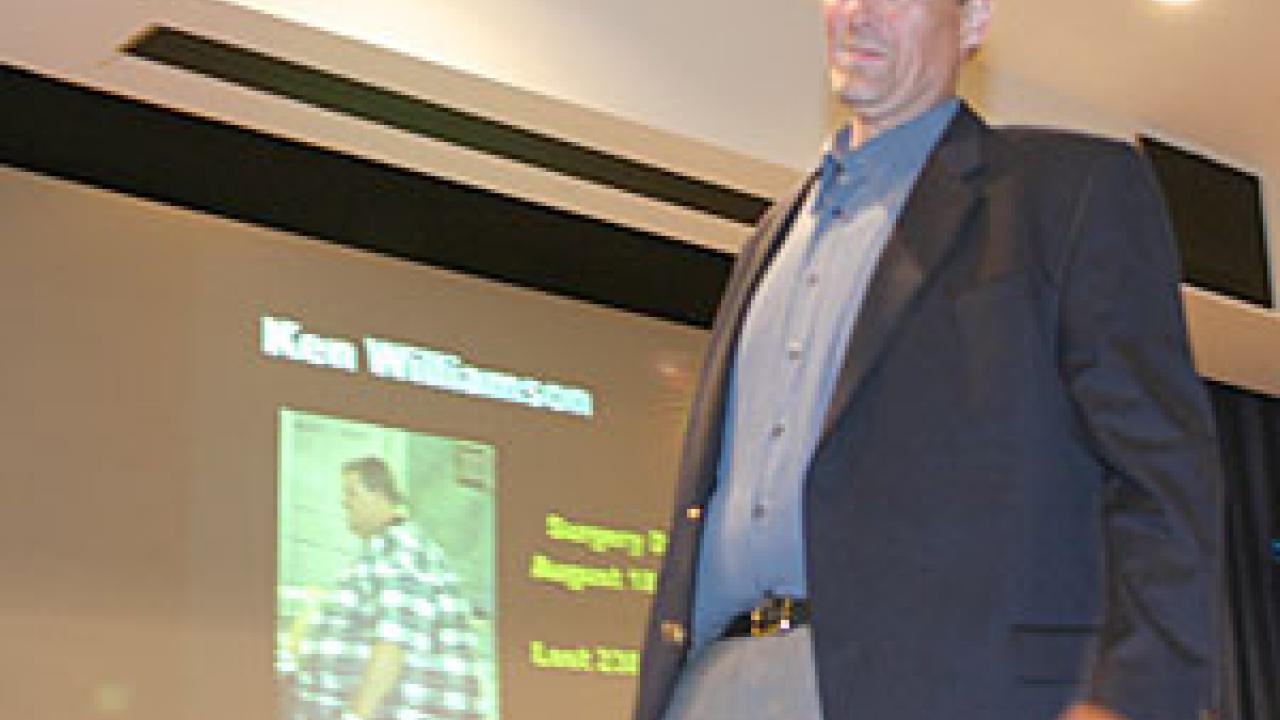 A smiling Ken Williamson, who has lost almost 250 pounds since early 2003, walks down the runway at the medical center's third annual Bariatric Fashion Show, held Aug. 5. About a dozen former patients — who have lost a combined 1,742 pounds — beamed as they strode in front of "before" images of themselves. Mohamed Ali, who has guided the bariatric program since 2002, says: "Our strength is that we've combined a top-flight surgical team with a complete wellness program." That strength was recognized last month as the program was designated a Blue Cross of California "Center of Expertise." During the past three years, Ali has performed nearly 500 gastric bypass operations, where the size of a patient's upper stomach is reduced so less food can be eaten and absorbed. The American Society for Bariatric Surgery estimates that bariatric procedures have increased from about 16,000 in the early 1990s to more than 103,000 in 2003. "This is an operation that literally helps give a person a new lease on life," says Ali. Williamson agrees. "I was homebound — sleeping in my recliner. Now I'm enjoying life, just doing things like walking the dog, camping and fishing."