In a recent podcast episode by California Groundbreakers, Paul Eastwick, professor of psychology at the University of California, Davis, and Julie Krafchick, producer and co-host of the podcast Date/Able, discussed what dating and relationships will look like in the post-pandemic future. Eastwick and Krafchick, in the podcast, This Changes Everything,  focused on how people’s views of dating and relationships have changed since the pandemic started, the future of online dating, and what roles factors such as passion and stress play on people’s relationships now and in the future.

One of the topics discussed was people’s need to socialize in person again, and the desire to experience interactions that have been lacking while isolated.

“People are going to be interested in something more serendipitous, putting themselves in a situation where anything could happen,” said Eastwick, adding that people are now committing faster due to being more intentional in what they’re looking for in a relationship. 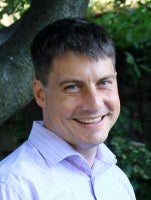 He serves as the principal investigator for the attraction and relationships research laboratory at UC Davis. He has appeared on Reddit AMA and has been interviewed in the media often.

Eastwick and Krafchick also discussed the future of relationships, both those that began before and during the pandemic.

“The pandemic is definitely shining light on what is happening in relationships,” said Eastwick. “For some, it’s great because they spend all this time together, for others their issues have come to the surface.”

“We probably won’t have good answers about this for a little while before we’re really able to unpack what happened to couples during the pandemic; what did stressors do on average — which couples experienced lockdown extended time together as a stressor and which didn’t?”

The podcast finished with Eastwick and Krafchick giving advice on how people can adjust back into a social sphere and facing uncertainty in a post-pandemic era.

“If people need to give themselves a break to the extent that whole-body, nonverbal stuff feels awkward and unusual, maybe try doing some social things where you don’t have to look directly at each other and that makes handling the nonverbals a little easier,” said Eastwick.