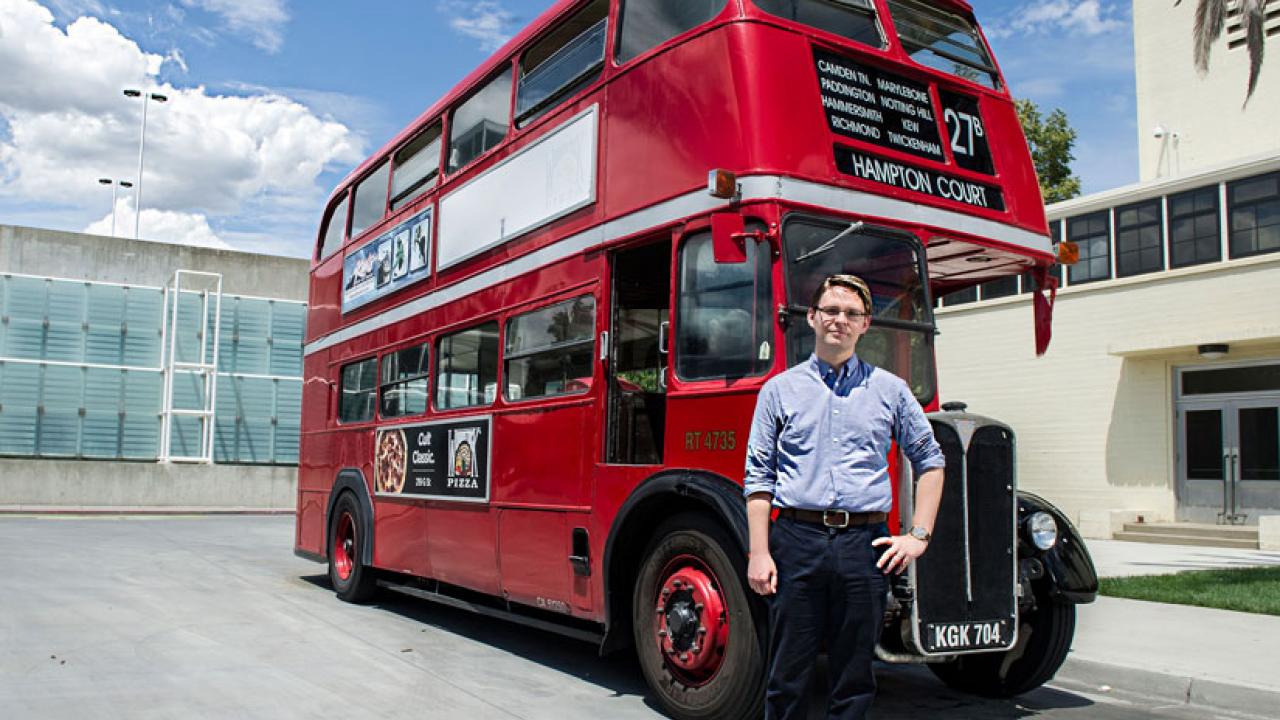 Though he usually bikes around town, law student Lars Reed successfully petitioned Unitrans to waive its fares on two election days: the June 7 primary and the Nov. 8 general. Rides will be free all day, both days, on the campus-city bus system.

Unitrans announced a change of dates in June for the once-a-month Davis Farmers Market Double-Decker — a fun, free shuttle serving the campus and downtown, including the farmers market.

Instead of running on the first Saturday of the month, the shuttle (a modern double-decker that’s especially popular among children) will run on the second Saturday, June 11, coinciding with UC Davis’ biggest weekend for commencements.

Unitrans runs the Davis Farmers Market Double-Decker in cooperation with the city and the farmers market. The shuttle runs from 9 a.m. to 1 p.m., with the bus serving each stop approximately every 20 minutes.Click here for the map.

Reed said he was inspired by an online post from a Reddit user in Columbia, Missouri, who was triumphant in her request for free bus rides in her city and encouraged others to ask their own local officials.

“I thought it was a good idea,” said Reed, a third-year law student and the incoming editor-in-chief of the UC Davis Law Review. “I wanted to try doing the same.”

Other cities that have provided free service for their primaries or promise it for the general election include Sarasota, Florida; San Antonio, Texas; Asheville, North Carolina; and Roswell, New Mexico.

Anthony Palmere, general manager of Unitrans, agreed to follow their lead. “Even if people don’t take the bus to their polling places, we thought this would be a good way to remind them that it is election day,” he said. “It’s about raising awareness.”

Unitrans ridership can top 23,000 on regular service day, although the system expects fewer passengers on June 7, considering it comes amid finals week, when buses run less frequently but later. You can check the schedule here.

Palmere said Unitrans would judge the success of this first-time offer not by an increase in ridership, but by the buzz that may be generated about the importance of voting. If deemed a success, Palmere said, free rides could become regular for Unitrans on presidential election days.

Of course, UC Davis undergraduates, city of Davis employees, seniors and some other groups always ride for free. But those who are subject to the basic fare can save $1.

Said Reed: “It sends a good message to other bus services that this is something worth doing.”