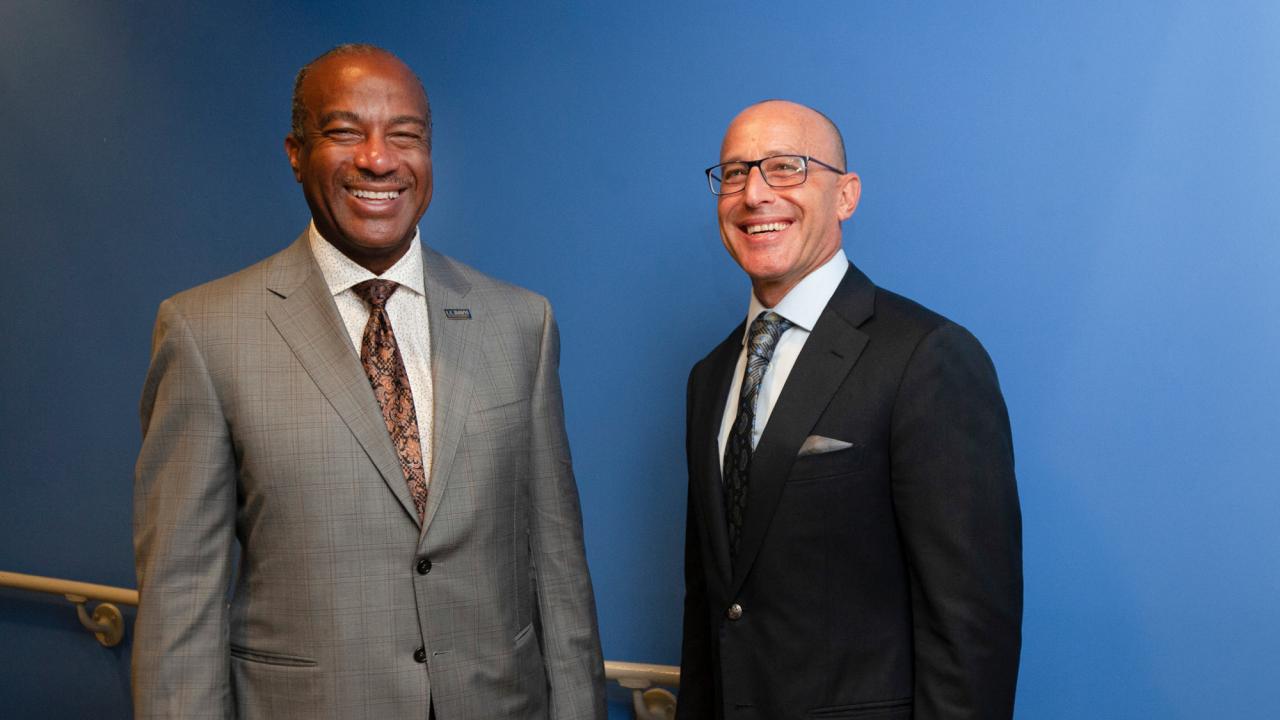 Chancellor Gary S. May of the University of California, Davis, and David Lubarsky of UC Davis Health have been named among the Sacramento area’s Most Admired CEOs by the Sacramento Business Journal.

The business publication will honor the CEOs at a virtual VIP reception and awards event next Tuesday, April 6.

May oversees all aspects of UC Davis’ academic research and public service mission. It’s the most comprehensive campus in the UC system, with four colleges and six professional schools. Ranked among the nation’s top public universities, UC Davis generates more than $8 billion in economic activity statewide each year, supports 72,000 jobs and is the second-largest employer in the Sacramento region.

As a leader, May strives to create a diverse and inclusive culture, and to provide access, opportunity and advancement for people from all backgrounds.

“It’s an honor to be recognized as one of the region’s Most Admired CEOs,” the chancellor said. “Through the pandemic, we’ve really seen the value of having a leading public research university with a top medical center right here in our region. I’m excited to lead UC Davis into a new era, where we can serve as a stronger economic engine and provide even greater benefit to the people of our region and state.”

May was instrumental in forging a partnership with Mayor Darrell Steinberg and the city of Sacramento to develop Aggie Square — the innovation district on the university’s Sacramento campus. Aggie Square will connect university researchers and students with businesses and the broader community. It is projected to add nearly $5 billion in economic impact to the region and support 25,000 ongoing jobs.

The chancellor is a strong proponent of innovation and entrepreneurship, which is among the key goals of UC Davis’ 10-year strategic plan. Over the past fiscal year, 15 startup companies commercialized UC Davis technologies in such fields as vaccine development, agriculture and leukemia treatments. He serves on the executive board of the Greater Sacramento Economic Council.

Lubarsky serves as vice chancellor of UC Davis Human Health Sciences and CEO of UC Davis Health, the Sacramento region’s only academic medical center of its kind. It has an annual budget of more than $3.7 billion, and some 16,000 employees, 1,000 students, 1,000 trainees and 1,000 faculty members.

UC Davis Health has a referral system covering 33 counties and about 6 million people in Northern California and the Central Valley, and serves more than 1 million outpatient visits every year.

“I am truly honored to accept this award as one of the Most Admired CEOs in Sacramento on behalf of UC Davis Health,” Lubarsky said. “For the last year, our health care heroes and an entire supporting crew behind them took care of patients in the most difficult of circumstances. Every single effort here and every single thing this organization has done is because of the unrelenting work and dedication of our people on the frontlines of health care.”

Lubarsky’s organizational philosophy emphasizes patient accessibility and “completing, not competing” with other Sacramento-area organizations. During the pandemic, UC Davis Health joined with Sacramento County to expand COVID-19 testing throughout the region, especially for underserved and historically excluded groups, which were among the hardest hit in this crisis.

“Everything we do is for the health and well-being of patients and our community,” he said.