UC Davis at the Tokyo Olympics

Two former Aggie athletes and a UC Davis Health physician participating in the Tokyo Olympics could stage their own little parade of nations:

Hogland and Kelly are among more than 100 University of California student-athletes past and present who qualified for the Summer Games, while Faustin is among nearly 30 UC affiliates who are participating as coaches and medical staff.

The opening ceremony is today (July 23), although competition has already begun in some events.

Hogland played basketball here in 2020-21 while enrolled in the Graduate School of Management. He has dual citizenship, U.S. and Japanese, the latter by way of his mother, Sanae Watanabe, and is using her surname as a member of the Japanese team (which lists him as a 6-foot-9 power forward). He came to UC Davis with two years of collegiate eligibility (after graduating early from the University of Portland); he gave up his last year of eligibility when he signed a professional contract with Japan's B League.

Kelly, an infielder who played baseball here in 2008 and 2009 before going professional, is a Jewish American who also has Israeli citizenship, which he received before playing for Israel in the 2017 World Baseball Classic (Israel finished sixth). He also played for Israel in the 2019 European championship (fourth place) and Africa/Europe Olympics qualification tournament, placing first and earning a berth in the Tokyo Games, the country’s first-ever appearance in Olympic baseball. 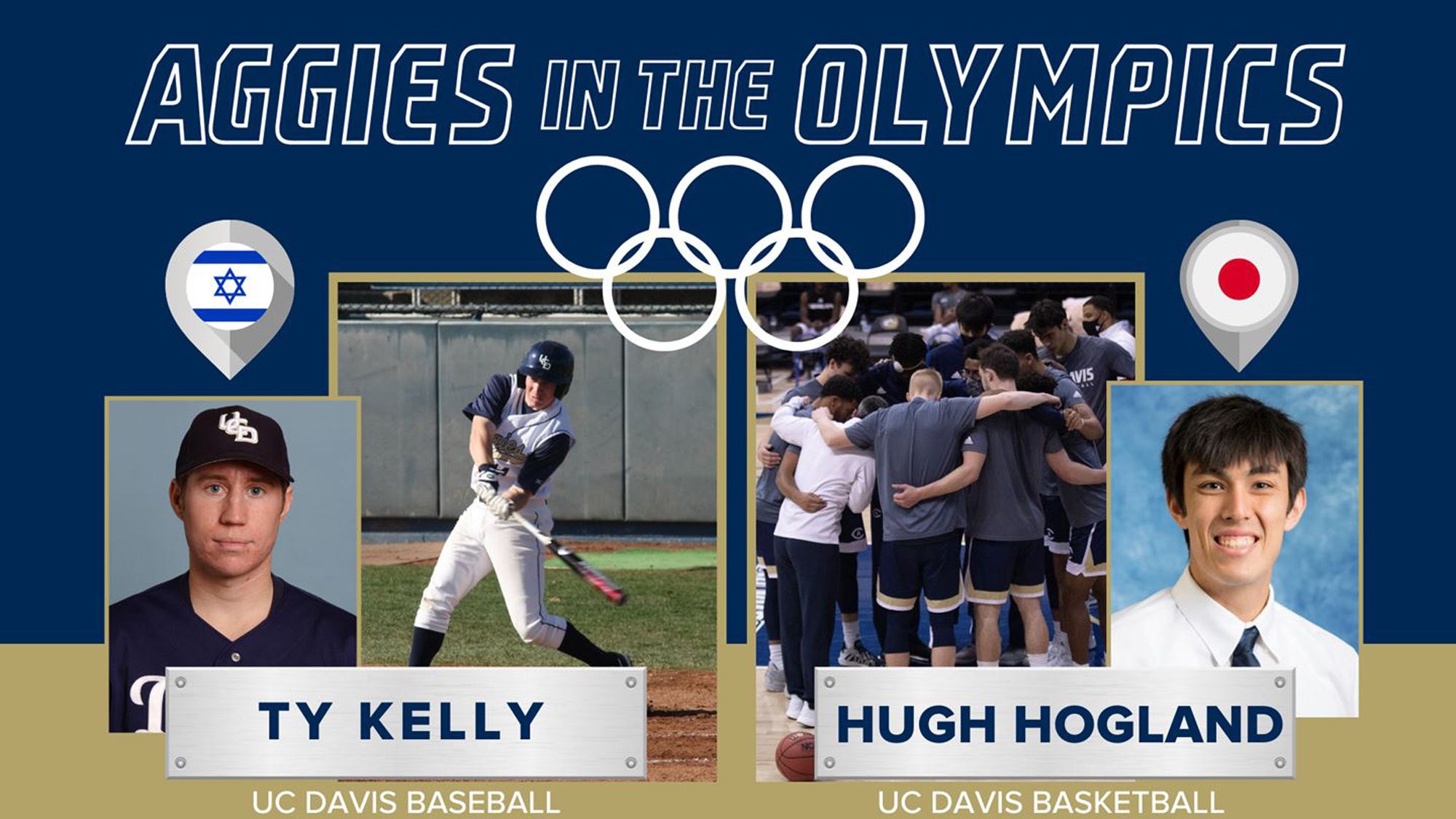 Read more about Hogland-Watanabe’s and Kelly’s playing days as Aggies, and before and after, in this article from UC Davis Athletics.

Faustin, who specializes in family and community medicine, sports medicine and musculoskeletal pain medicine, accepted her USA Gymnastics’ team physician role in 2019 after having volunteered for the USA Gymnastics’ medical team for several years.

She and the other co-head physician, Ellen Casey, a New York-based physiatrist, travel to the most important competitions on the circuit, as well as USA Gymastics’ training camps every month or so.

In an interview with UC Davis Health shortly before she departed for Japan, Faustin said her participation in the Games “is a dream come true.”

“I mean, I get to take care of these incredible, incredible athletes and these women, and to do it within a sport that I love, and to do it on such an international level, is really exciting.”

She is a former club gymnast, high school volleyball player and Division I track and field athlete. She won four conference titles in the high jump while competing for Loyola University, Chicago, where she holds the Ramblers’ indoor and outdoor records in that event.

She received a Bachelor of Science degree at Loyola, did post-baccalaureate work at Southern Illinois University and received her medical degree from the Pritzker School of Medicine, University of Chicago.

From UC Davis Health: Feature story and video on Dr. Faustin and her road to medicine and the Olympics