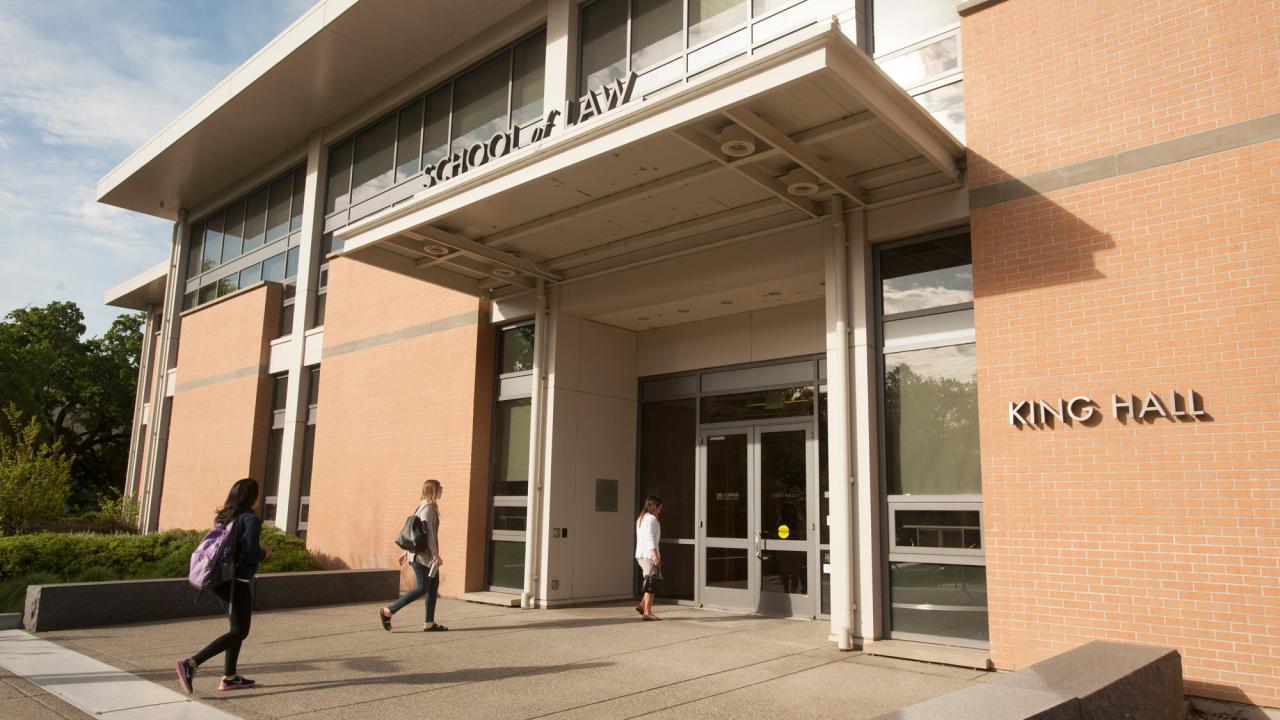 Beginning today (Nov. 28), UC Davis School of Law will no longer provide data to U.S. News & World Report for use in compiling its law school rankings. This decision has been made after receiving guidance from the law faculty, campus leadership, students, alumni and others.

Major flaws with the U.S. News rankings are well-documented. Although law schools have in good faith worked with the magazine on improvements, U.S. News has failed to meaningfully change the rankings methodology. The survey techniques, accuracy and fairness of the rankings remain problematic, which produces a misleading ranking of law schools. Even small changes in one variable can lead to a dramatic shake-up of the rankings. The regular “corrections” of the rankings by U.S. News show their volatility and undermine their legitimacy.

The failures in the rankings methodology are too many to mention here but include: (1) the failure to treat public service fellowships that spawn public service careers as full employment; (2) the failure to fully account for the resources available at public law schools; and (3) the overemphasis on standardized test scores in evaluating student selectivity. Moreover, the U.S. News scoring system discourages schools from devoting resources to help students pursue public interest careers or assisting students of limited means obtain a legal education.

There is a more fundamental flaw in the U.S. News law school rankings. As I wrote years ago (here, here, here), the U.S. News rankings discourage law schools from enrolling more diverse student bodies and do not in any way value more diverse law faculties. The significant weight given to Law School Admission Test scores of students in the rankings serves to chill individual review of applications, affords undue weight to test scores in the rankings, and effectively discourages the admission of African American, Latina/o, Native American and Asian American applicants in a country where fewer than 20 percent of all lawyers are people of color.

Although law schools have in good faith worked with the magazine on improvements, U.S. News has failed to meaningfully change the rankings methodology. The survey techniques, accuracy and fairness of the rankings remain problematic, which produces a misleading ranking of law schools.

Despite discussions over many years, the diversity of a law faculty and student body (as well as teaching effectiveness and student satisfaction) are not considered in the U.S. News law school rankings. In announcing a diversity index last year, U.S. News, to its embarrassment, proposed treating Asian Americans and multiracial students as the equivalent of whites. Understandably, an uproar followed. Asian Americans, who suffered a shocking spike in hate crimes during the pandemic, were added to the group of non-whites. In the end, U.S. News abandoned its plan to measure law school diversity.

As a public law school at a land-grant university, and housed in a building named after Dr. Martin Luther King Jr., our approach is very different than that encouraged by the U.S. News rankings. Most fundamentally, we continue to consider how we might actively promote diversity, equity and inclusion. Through our words and deeds, we emphasize public service, racial and social justice, and global engagement. We strive to promote upward mobility of first-generation students and the underrepresented in the legal profession. In a time when the nation combats systemic racism and law schools have attempted to embrace antiracist practices, all institutions should challenge structures that reproduce racial hierarchy in legal education and the legal profession.