Updated Nov. 10 to add UC Davis’ second most-improved award, presented earlier today, this one in the athletics portion of the ALL IN Campus Democracy Challenge.

From 43% in the 2016 general election, UC Davis’ student voting rate grew by nearly 33 percentage points four years later — a gain that earned the Aggies a Best of Class Campus Award in the ALL IN Campus Democracy Challenge.

The award from the national, nonpartisan initiative recognizes the Aggies’ 75.7% turnout at the polls in the 2020 general election as the most improved among the student voting rates of nearly 300 four-year public colleges and universities. UC Davis also earned a most-improved award in an ALL IN athletics challenge in which the Aggies bested 10 of their Big Sky Conference opponents in voter turnout. 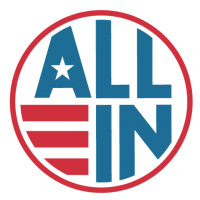 In addition, UC Davis earned an ALL IN gold seal for excellence in student voter engagement, the second highest level.

With an action plan developed by a campus committee with broad representation — including students and faculty; the ASUCD and Center for Student Involvement; the Student Disability Center and Government and Community Relations; and ASUCD Creative Media and Student Affairs Marketing and Communications, or SAMC — UC Davis easily kept up with the national trend that saw unprecedented turnout among college and university students.

The competition organizers announced UC Davis’ Best of Class win on Monday (Nov. 8) during the first of three ALL IN awards programs this week. ALL IN presented its athletics challenge awards on Wednesday (Nov. 10), honoring schools in the Big Sky and nine other conferences.

Voting rates come from the National Study of Learning, Voting and Engagement, a research study of the Institute for Democracy in Higher Education at the Jonathan M. Tisch College of Civic Life at Tufts University. The rates are derived from enrollment records (provided by colleges and universities to the National Student Clearinghouse) and publicly available data on number of students registered to vote and how many of them voted.

The report shows improvement in UC Davis student voter participation from the 2016 general election to the 2018 general to the 2020 general.

Here are the raw numbers from the 2020 report: total student enrollment, 38,543; total eligible voters, 31,723; number of students who registered, 27,460; and number of students who voted, 24,025. From this data, the report calculated UC Davis’ registration rate at 87%, voting rate of registered students at 87% and voting rate at 76%, 10 points better than the national average.

The ALL IN Campus Democracy Challenge is sponsored by Civic Nation, a nonprofit organization dedicated to “building grassroots movements to change the world.”

“ALL IN strives for a more inclusive democracy — one in which all voices are heard,” according to a news release issued Monday. “We believe that higher education plays a role in graduating students into voters and in closing electoral participation gaps that persist by race and age.”

By providing structure, support and recognition, ALL IN strengthens college and university efforts to improve civic learning, political engagement and voter participation.

“Ensuring that students are registered to vote and participate in all elections is a key component of our work.”