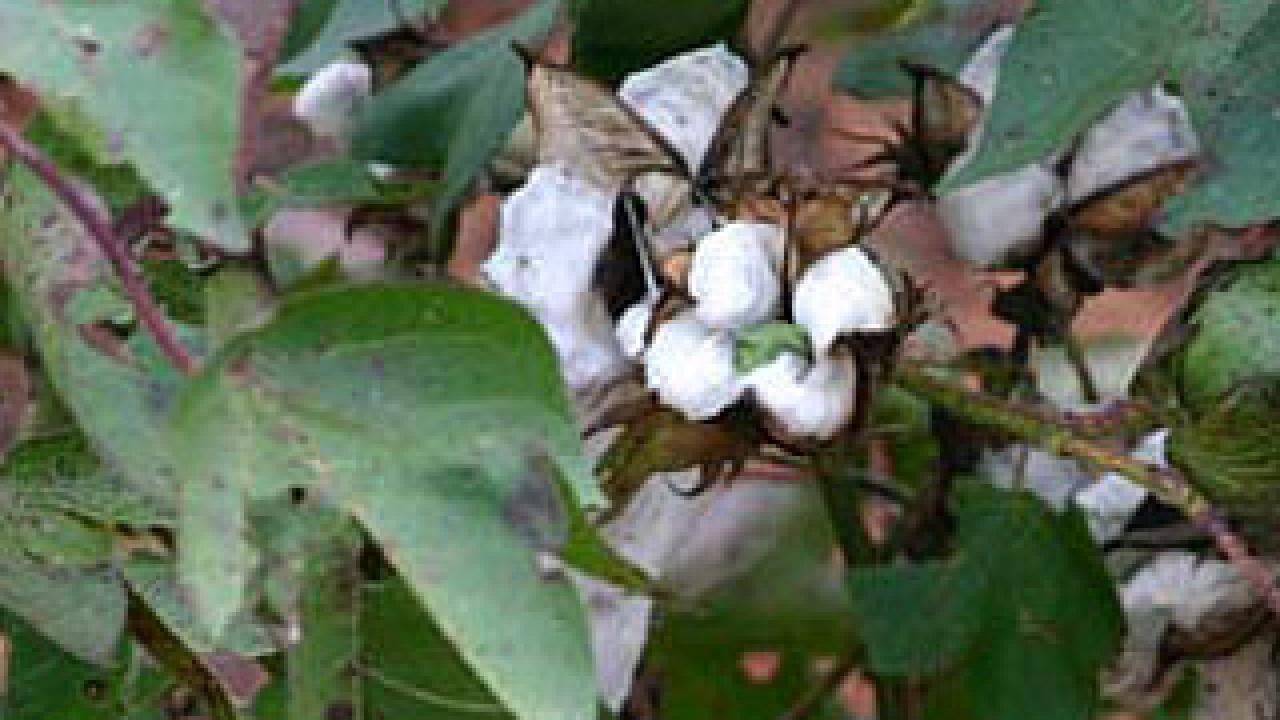 UC Davis contributes to sequencing of the simplest cotton genome

The simplest cotton genome, Gossypium raimondii, has been sequenced through the efforts of a consortium of 31 institutions, including the University of California, Davis.

The discovery, announced today in the journal Nature, paves the way for making improvements in the fiber crop, which, with its oil and meal byproducts, contributes approximately $120 billion to the annual U.S. gross domestic product.

The sequencing effort, led by Regents Professor Andrew Paterson of the University of Georgia, was initiated in 2007 by the U.S. Department of Energy Joint Genome Institute Sequencing Program.

“This collaborative effort has yielded a wealth of information that will help scientists better understand the basic biology of cotton and enhance the sustainable production of this globally important crop,” said plant scientist Allen Van Deynze, who led UC Davis’ participation in the sequencing project.

Van Deynze said that UC Davis, in collaboration with Professor David Stelly of Texas A&M University, contributed to the project by providing DNA sequence data from G. hirsutum, the cultivated cotton species whose ancestor or progenitor is G. raimondii. (G. raimondii is a diploid species, meaning it has double chromosome sets, and G. hirsutum is a tetraploid species, having four chromosome sets.) These DNA sequences represent genes that are expressed in cotton plants, allowing researchers to annotate and assign functions to different parts of the genome.

The research consortium chose G. raimondii as the first of 50 cotton species to be sequenced. The cotton varieties grown commonly in the United State are hybrids of two different types of cotton and thus carry multiple copies of chromosomes. G. raimondii has a smaller, less repetitive genome compared to other cotton species.

In assembling the genome of G. raimondii, which is native to the Americas, the researchers also compared that genomic information with several other sets of cotton genome data, provided by the U.S. Department of Agriculture. This comparison revealed information about how cotton has evolved over millions of years from wild varieties to domesticated varieties that are now valued for textile production.

In addition to its use as a fiber crop, cotton also provides cottonseed oil and meal as byproducts. The Department of Energy is keenly interested in cotton’s potential as a biofuel.

The journal article is available online.